18 years later, world leader Kamal has done this in Vikram! You know what? The highly anticipated film is set to release on June 3, for which all Tamil cinema fans can be said to be waiting.

Work on the promotion of the film is in full swing and the trailer and lyrics of the film will be released on the 15th.

Vikram’s single ‘Pathala Pathala’ will be released today at 7 pm.

And 18 years later, the intro boxing song in Kamal’s voice is still in Vikram’s film. It is noteworthy that Kamal had done this before in the movie Vasu Raja. 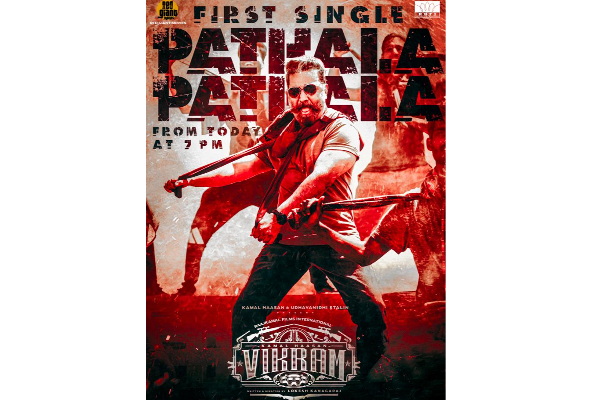