7 Anime Like Demon Slayer: Kimetsu no Yaiba the Movie: Mugen Train You Must Watch 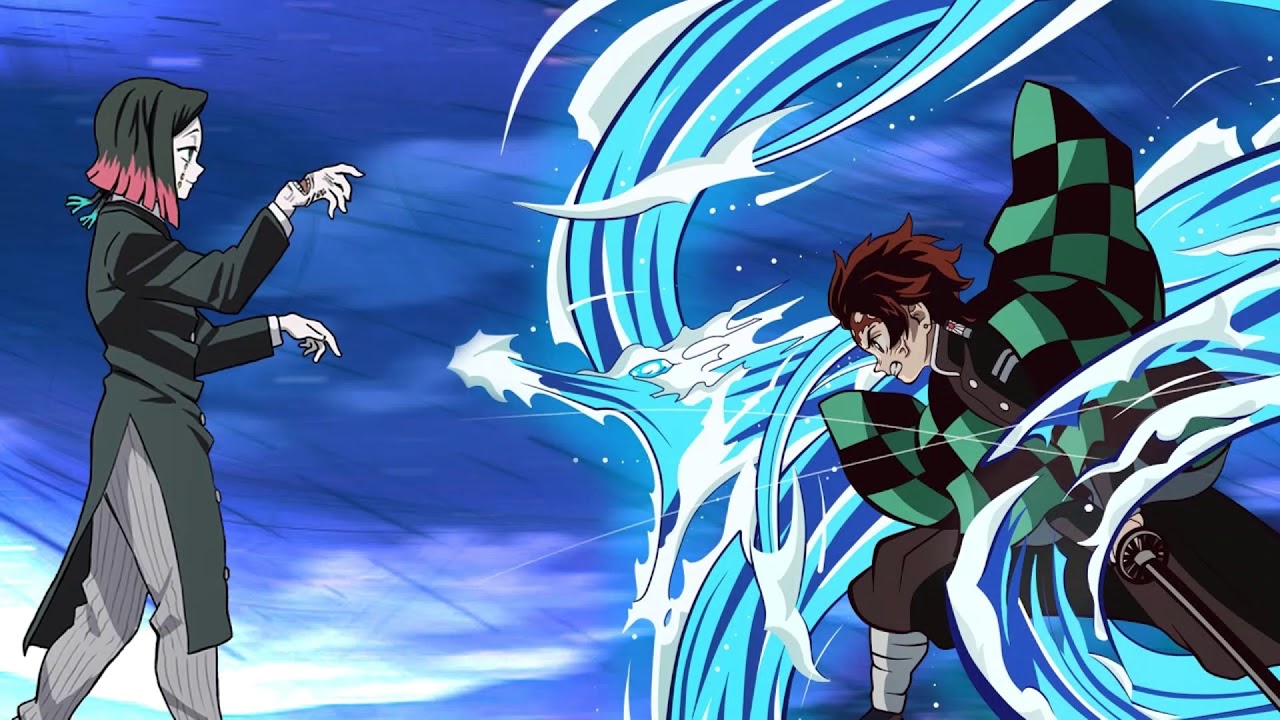 Based on Koyoharu Gotouge’s manga ‘Demon Slayer: Kimetsu no Yaiba,’ ‘Demon Slayer: Kimetsu no Yaiba the Movie: Mugen Train’ is a Haruo Sotozaki directorial film that follows the misadventures of the inexperienced trio of Tanjirou, Zenitsu, and Inosuke after their disastrous encounter with Rui and his evil forces on Mount Natagumo. As soon as their injuries heal at the Demon Slayer Corps headquarters, Tanjirou and his friends go through rehabilitation training, following which they join the Flame Hashira, Kyoujurou Rengoku, on the mysterious Mugen train to investigate the disappearance of passenger and Demon slayers, unbeknownst to the dangers awaiting their arrival.

After watching the action-adventure dark fantasy film, some of the fans may wonder if there are other movies like it. If you are also curious about the same, we have you covered. Most of the recommendations for films like ‘Demon Slayer: Kimetsu no Yaiba the Movie: Mugen Train’ can be streamed on Netflix, Hulu, Crunchyroll, Funimation, or Amazon Prime. 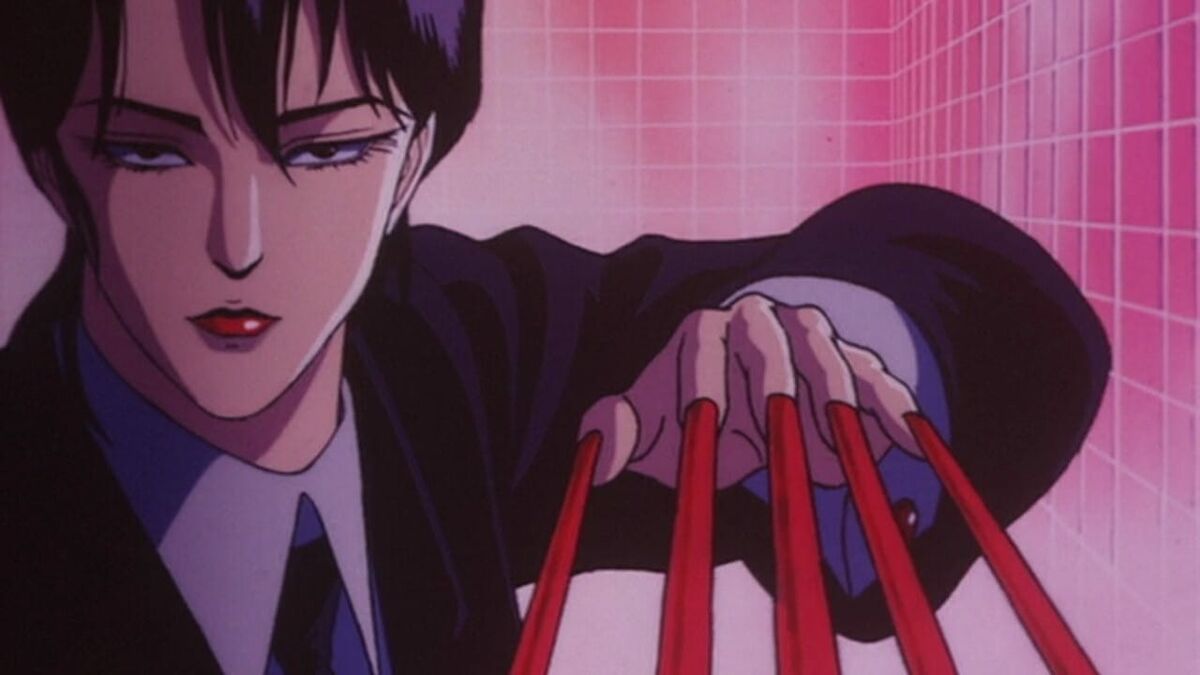 Humans on Earth have lived a peaceful life for centuries because of a pact signed with the mysterious dimension of supernatural demons known as the Black World. However, a radical organization now threatens to put the harmony of centuries at risk by preventing the peacekeepers from signing another inter-dimensional peace treaty. With the danger of a potential bloodbath between the two completely different worlds a real possibility, Renzaburo Taki and his cohorts must step up to save the day.

Like ‘Demon Slayer: Kimetsu no Yaiba the Movie: Mugen Train,’ the world of ‘Wicked City’ is at risk of chaos and carnage because of the action of radical demons who wants to shape the world according to their twisted worldview. So, fans of the former will probably like the latter as well. 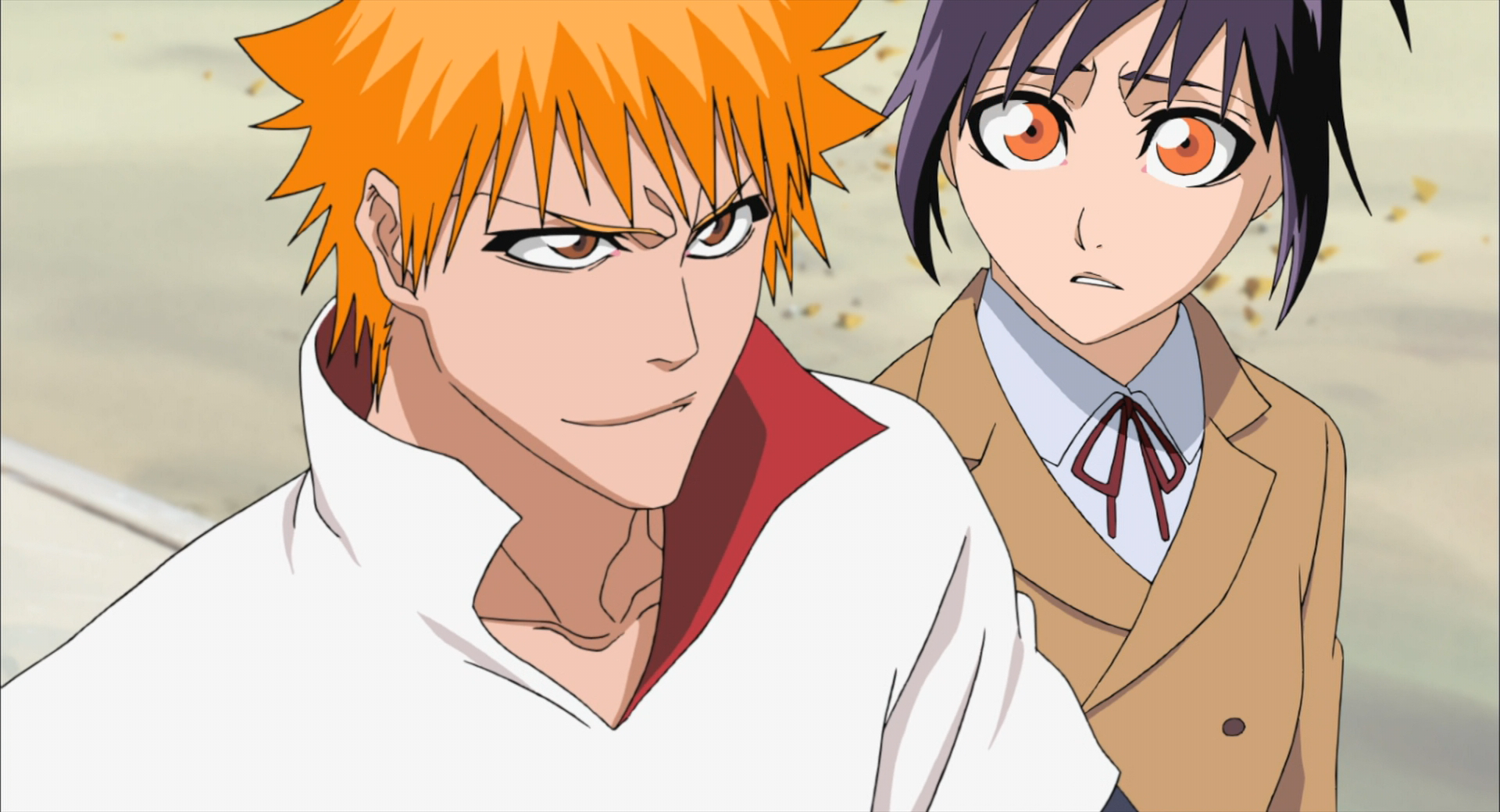 In the world of ‘Bleach,’ people’s souls after their death either reach the peaceful Soul Society or get lost in the human world, where Hollows are ready to feast on them. However, soul reapers are always prepared to fight off these dangerous monsters and help lost souls reach their true destiny. But when Ichigo Kurosaki and Rukia Kuchiki meet a soul without any memories, the reapers have no idea what to do with it.

However, they are lucky that there is already a mysterious reaper to take care of the lost soul and send it to its rightful place. But is she really their friend? Although there are very few similarities between ‘Bleach the Movie: Memories of Nobody’ and ‘Demon Slayer: Kimetsu no Yaiba the Movie: Mugen Train,’ people who enjoyed the mysterious plotlines and the action-packed scenes in the latter will probably like the former as well. 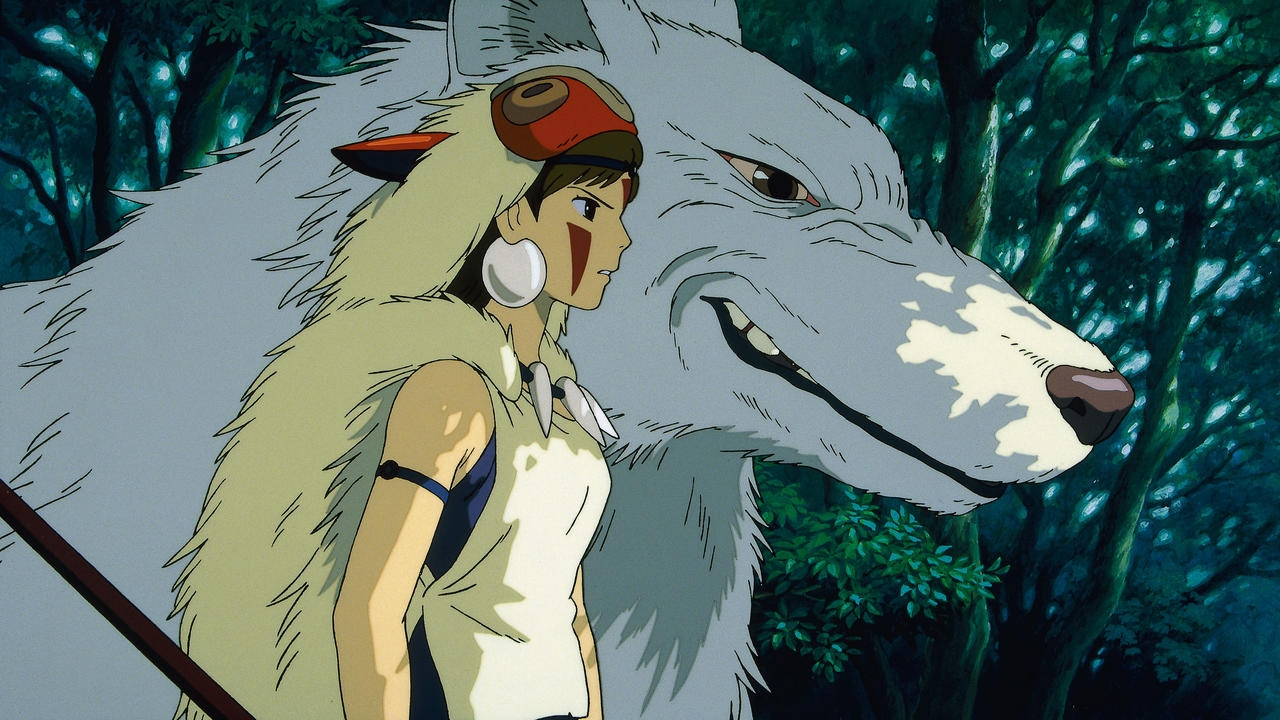 The young idealist Prince Ashitaka gets cursed by a dying demon whom he defeats to protect his tribe after the wild beast attacks the Emishi village. Although the curse bestows unimaginable powers to the prince, he learns that it will slowly infect his whole body and take his life. The haunting realization sends Ashitaka on a westward quest in search of a cure, which is when he comes across Tatara, the Iron Town. There he observes an ominous antagonism between the two groups divided over environmental concerns of deforestation unfold.

With death hanging over his death, the young prince displays remarkable valiance, wisdom, and compassion to the two conflicted groups and finds the balance between two seemingly conflicting ideas. The story of a race against death, demons, and curses may remind fans of ‘Demon Slayer: Kimetsu no Yaiba the Movie: Mugen Train,’ therefore they should definitely watch ‘Princess Mononoke’ to enjoy a somewhat similar story of courage and compassion. 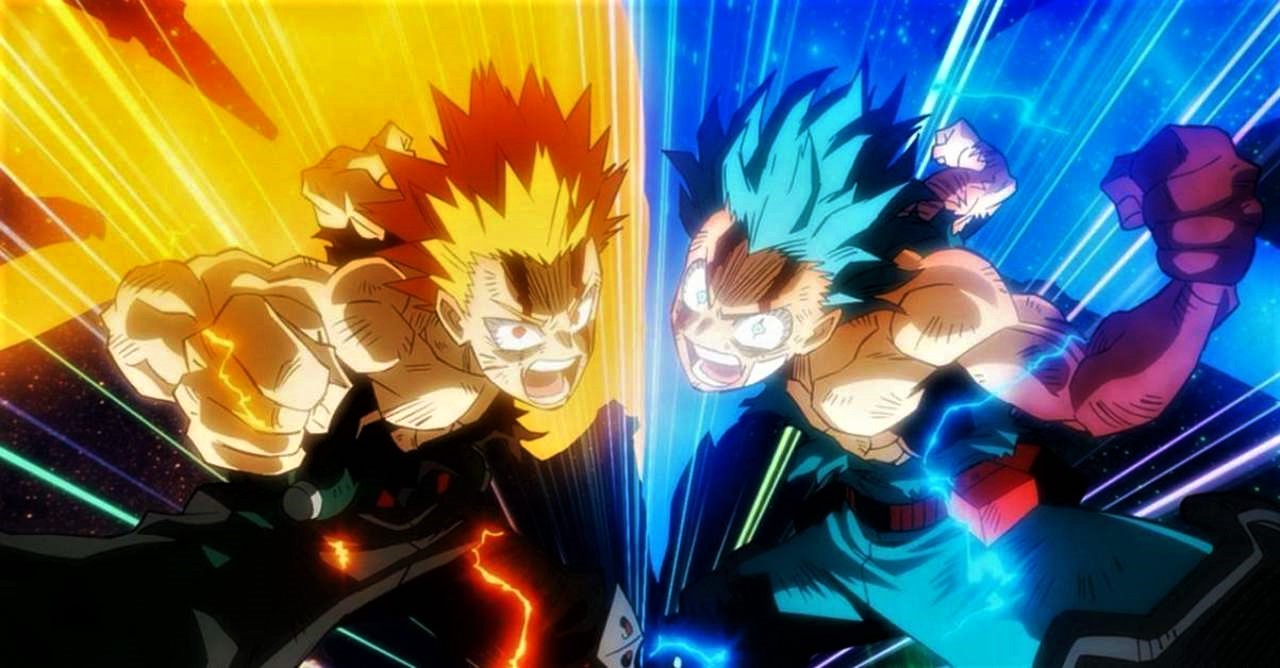 When the dangerous villain Nine escapes the clutches of the law enforcement and the top heroes, he reunites with the League of Villains to hatch a sinister plot that could threaten the foundations of the hero society. By destroying the present system, the villain wants to create a hierarchical society dominated by the ones with the most powerful Quirks, reigning at the top. However, Nine has one weakness for which he begins to seek a Quirk that will make him invincible.

But this desire of the antagonist puts him directly on a collision course with Izuku Midoriya and his friends. The story of the fight against a far stronger antagonist with twisted plans may remind fans about ‘Demon Slayer: Kimetsu no Yaiba the Movie: Mugen Train.’ Viewers who enjoyed the epic confrontation between the Flame Hashira and Akaza at the end must-watch ‘My Hero Academia: Heroes Rising’ to relive the experience of the epic confrontation with different characters fighting for somewhat similar ends. 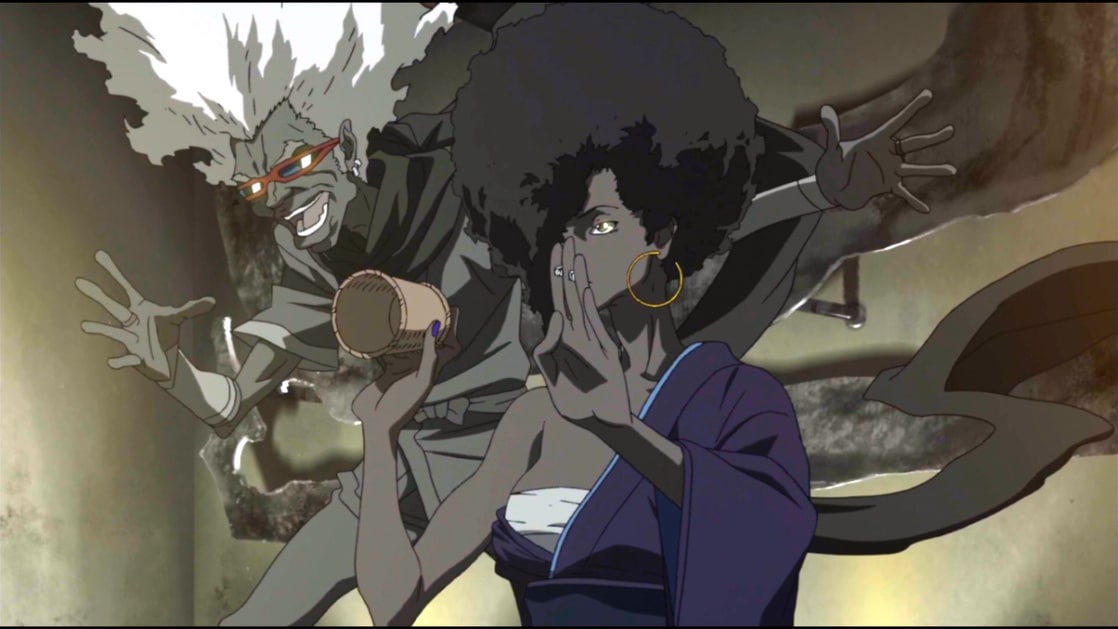 After avenging his father’s murder, Afro leads a peaceful life away from violence and bloodshed. Apart from his horrifying nightmares, nothing really distresses him, and it seems that he can finally live his life fulfilling his innermost desires. Unfortunately, he gets backstabbed by his friend Jinno and Sio, who take away his father’s remains and the Number 1 headband that he earned after years of hard work and sacrifices. It’s almost as if fate has decided a life of violence, pain, and revenge for the samurai, who now stares cluelessly at his unlikely opponents. People who wish to watch another sword-toting protagonist like Tanjirou seeking revenge for the wrongs done to him and his loved ones will love ‘Afro Samurai: Resurrection.’ 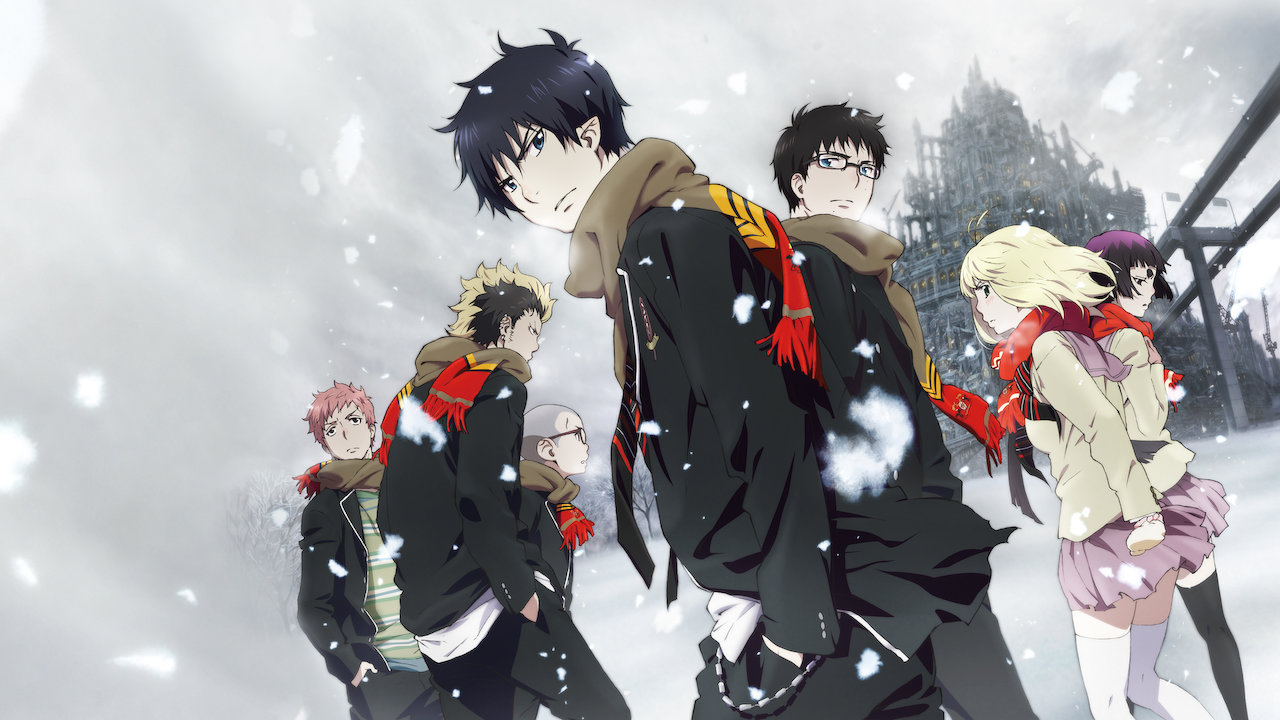 While the True Cross Academy is busy preparing for the much-awaited grand festival held every eleven years, Okumura Rin and his brother are entrusted with crucial responsibilities. Although all possibilities of demon intrusion are taken into account, the experience of Rin tells a different story. They face the threat of keeping a berserk Phantom Train in control so that it does not succeed in achieving its devious goals.

Much like Tanjirou and his friends, Rin’s enemy is also a demon possessing a train who employs deceptive tricks to defeats its enemies. Moreover, Rin and his twin brother go on the mission as reinforcements, while the demon slayers are also sent to assist the Flame Hashira in his mission. So, because of the similarities in their plot, ‘Blue Exorcist: The Movie’ will be an excellent watch for anyone who likes ‘Demon Slayer: Kimetsu no Yaiba the Movie: Mugen Train.’ 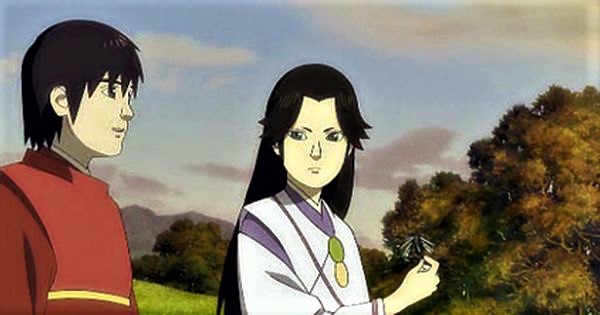 Jun Tendo, an ordinary fifteen-year-old boy, is enlisted in the struggle against demons in the Heian era of Japan. He is transported 1,200 years into the past, where he meets Monk Gen’un while running away from an oni (demon, troll, or ogre) who tries to kill him. The seemingly wise monk begins to educate the young boy about his descendants and prepares him for the powers that he must awaken with himself.

Jun’s mysterious descendants and his hidden powers will remind ‘Demon Slayer’ fans about Tanjirou, whose past is shrouded in mystery as well. Even the enemies that young Jun faces are quite similar (in turns of threat they pose) to the rivals of our favorite water-breathing Demon Slayer. Therefore, people who love ‘Demon Slayer: Kimetsu no Yaiba the Movie: Mugen Train’ should give ‘Legend of the Millennium Dragon’ a shot as they will appreciate the film’s captivating storytelling and the mysterious premise.