7 people including PM and Balasubramaniam got Padma Vibhushan, 10 people got Padma Bhushan’ 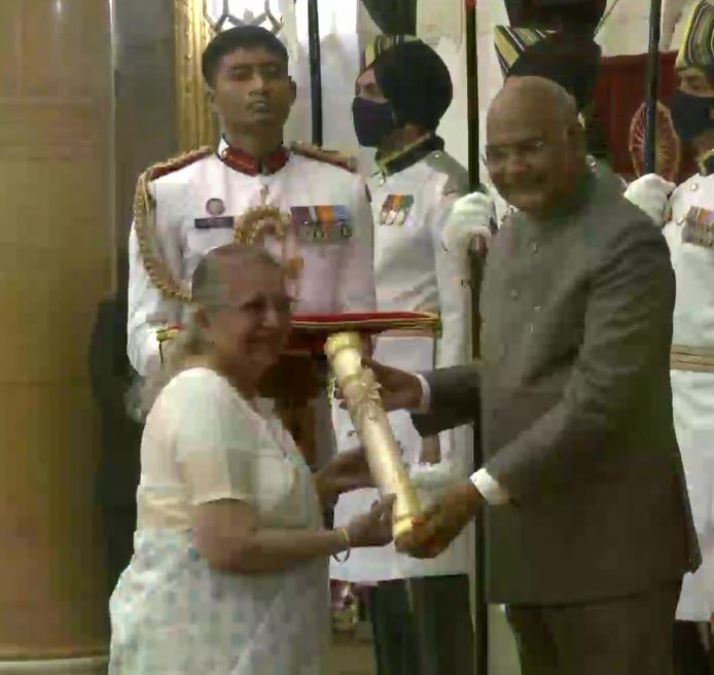 New Delhi: The President of India, Shri Ram Nath Kovind presented 7 Padma Vibhushan, 10 Padma Bhushan awards for the year 2021, at a civilian decoration ceremony held at the President’s Office. In addition, the President presented Padma Shri awards to 102 individuals. The list of Padma Awards for the year 2021 includes the names of 119 persons who were honored with these awards. On Monday, President Ram Nath Kovind presented the Padma Awards for 2020 to 73 people, some of them posthumously, at a ceremony held at Rashtrapati Bhavan. This information was given in a statement issued from Rashtrapati Bhavan. The awards include 4 Padma Vibhushan, 8 Padma Bhushan and 61 Padma Shri. It is noteworthy that Padma Awards are given in 3 categories, Padma Vibhushan, Padma Bhushan and Padma Shri. These awards are announced every year on the eve of Republic Day. Padma Vibhushan for exceptional and distinguished service, Padma Bhushan for distinguished service of a high order and Padma Shri for distinguished service in any field.

Apart from this, 102 persons are being honored with the Padma Shri. PM Narendra Modi, Home Minister Amit Shah, Finance Minister Nirmala Sitharaman, Vice President Venkaiah Naidu and many dignitaries were present at the function organized at the President’s Office.