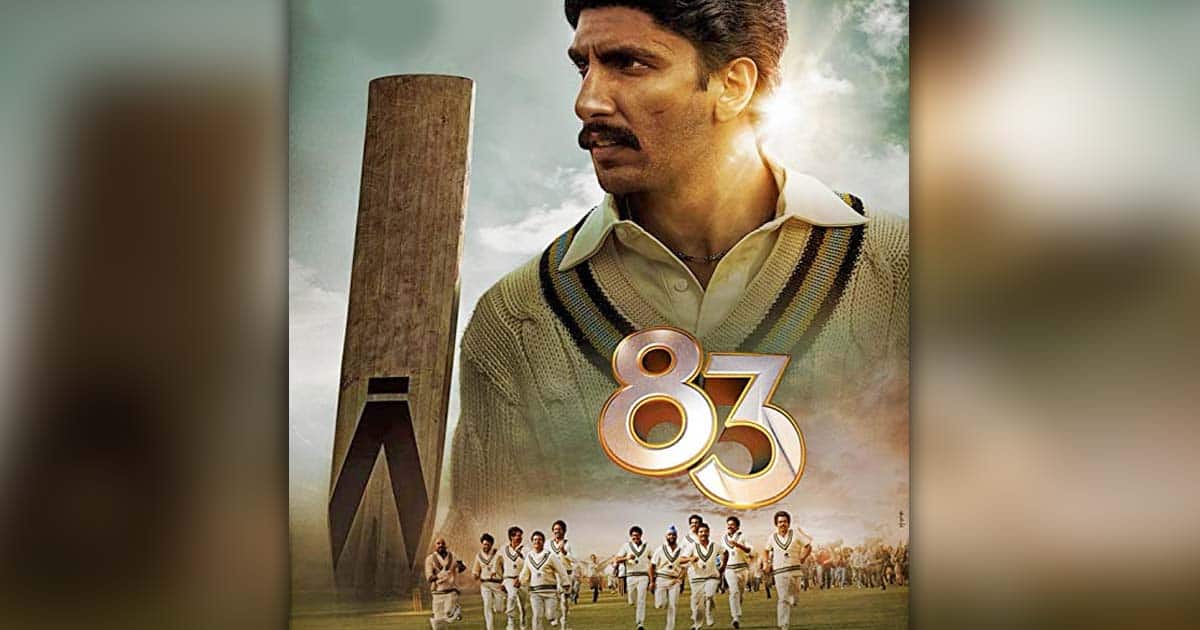 After its first week stay in theatres, 83 has crossed the 70 crores milestone at the box office. On Thursday it collected 5.21 crores more and that has resulted in the overall numbers turning out to be 71.87 crores.

Ideally, a first week of 100 crores would have been bare minimum expectations from the film, especially since it released during the Christmas weekend. However that didn’t quite turn out to be case. Also, a lot has already been heard and written about how the Kabir Khan directed film hasn’t quite performed in a way it was supposed to do on its theatrical release.

There are also murmurs around whether the film would have rather opted for the OTT route. That doesn’t make sense since the kind of price tag that was attached to the Ranveer Singh starrer didn’t warrant a digital release. The biggest of the acquisitions for OTT have barely managed to go past the 100 crores mark and in case of 83 it would have required at least 150-175 crores investment for any OTT and even then the producers would have been taking into account just the break even scenario (after considering satellite, music and other rights bringing on moolah as well).

The makers did take a decision in the right spirit to bring the film on the big screen and if theatrical business hasn’t been in line with their expectations, all they can do now is to move on and work on their next.