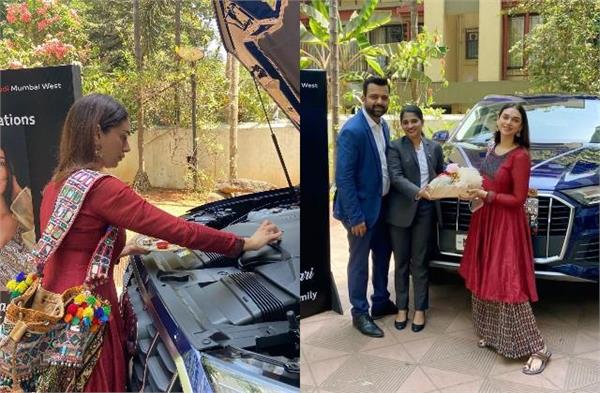 Mumbai- Actress Aditi Rao Haidri’s happiness is currently in the air. The actor recently unveiled the new blue Audi Q7 SUV. Bought. The cost of the vehicle is more than 1 crore. After buying this car, the actress worshiped it. Showroom staff shared several photos with Aditi’s car and congratulated him on this achievement. These pictures of the actress are going viral on social media. Pictures of Aditi Rao Haidry have been shared by Audi Mumbai West on Instagram, in which it can be seen that the actress is very happy after buying the car. She is seen worshiping with a tikka on it. Showroom staff handed over car keys to the actress and gave her sweets. Speaking of work, Aditi Rao Haideri was recently seen in the Tamil film ‘Sinaamika’. Apart from the actress, Dulquer Salman and Kajal Aggarwal are also seen in the lead roles. She will soon be seen in the web series ‘Julbi’.