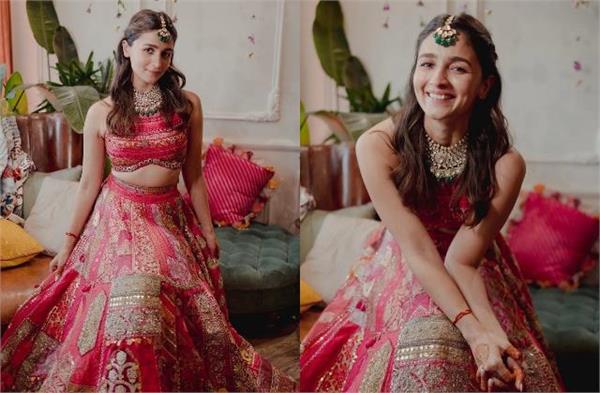 Mumbai- The craze for the marriage of famous Bollywood couple Alia Bhatt and Ranbir Kapoor is still in the public eye. The wedding guests are sharing the couple’s wedding photos on their social media accounts. On Saturday, Alia shared photos of her Mahindi ceremony which went viral on the internet.

Alia wore a fuchsia pink lehenga at the Mahindi ceremony. He also carried heavy Kundan and emerald jewelery. As for the hairstyle, Alia had completed the look by tying it from the back of her hair. 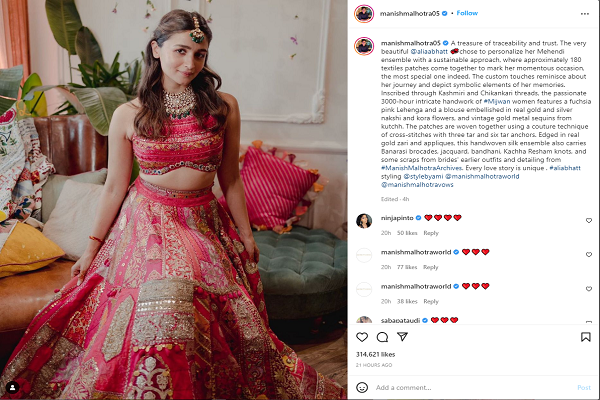 Alia had chosen designer Manish Malhotra’s lehenga for the Mahindi ceremony. As Alia shared photos of her Mahindi ceremony. Fans are obsessed with his look. Meanwhile, the designer has now shared the full details of the lehenga by sharing pictures of Alia Bhatt’s look on Instagram. 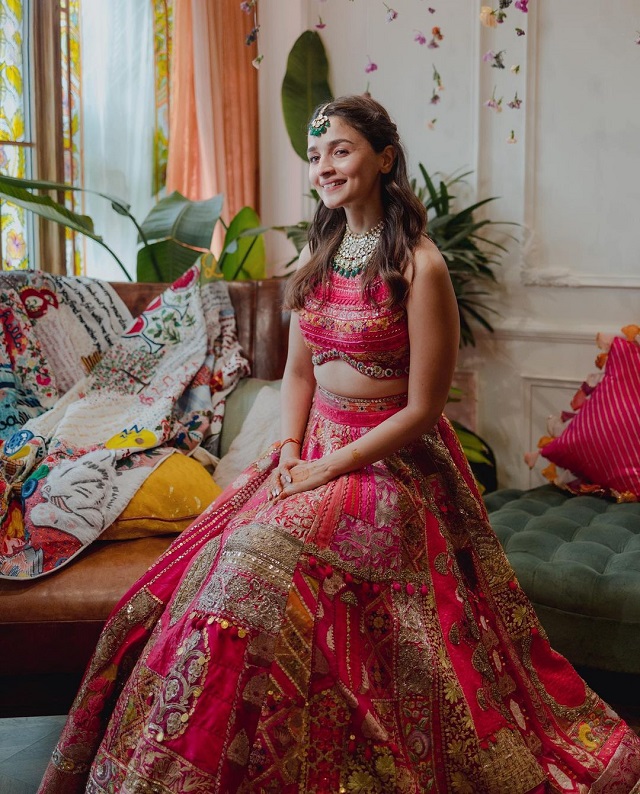 It is worth noting that it took Alia Bhatt three thousand hours or 125 days to make this lehenga. There are 180 types of patchwork and women make it by joining three and six strings together.

Talking about the lehenga, Manish Malhotra wrote, “This lehenga of Alia Bhatt is a symbol of ability and faith. It is no less than a treasure. Beautiful Alia Bhatt had personalized her Mahindi Ceremony Outfit. Made with about 180 types of patchwork, this lehenga was designed for many moments occasion. This lehenga was very special for Alia. He further wrote, “Alia’s lehenga has been given a very customized touch. Work has been done with Chikankari and Kashmiri thread. It took about three thousand hours to build. The fuchsia colored lehenga was made and the choli used real gold and silver motifs and fora flowers. Glass gold metal was used.