Amy Virk caught in the trap of two women (video) 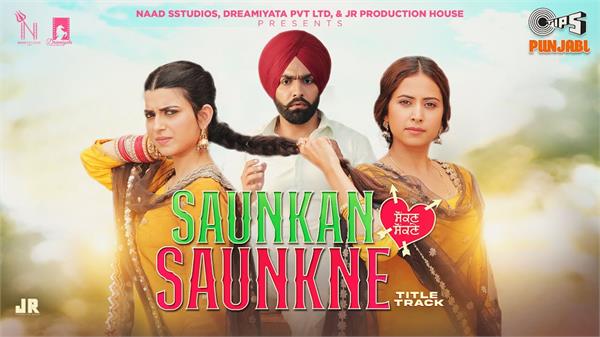 Chandigarh (Bureau) – The Punjabi film ‘Saunkan Saunkane’ is attracting a lot of attention these days. The film stars Amy Virk, Sargun Mehta and Nimrat Khaira in the lead roles. It is clear from the name of the film itself that its story revolves around Soankan.

Every song released from the trailer till now has increased the enthusiasm of the people towards this film. Now the title track of the film has also been released. This title track will make you laugh while watching its video where you will be overwhelmed.

The song is sung by Amy Virk, Nimrat Khaira and Miss Pooja. Lyrics by Ronnie Ajnali and Gill Machrai. The song is provided by Sangeet Desi Crew.

Apart from Amy, Sargun and Nimrat, stars like Nirmal Rishi, Kaka Kotki, Sukhwinder Chahal, Mohini Toor and Ravinder Mand are playing important roles in the film. The film is written by Ambardeep Singh. It is directed by Amarjit Singh. The film is set to release worldwide on May 13.