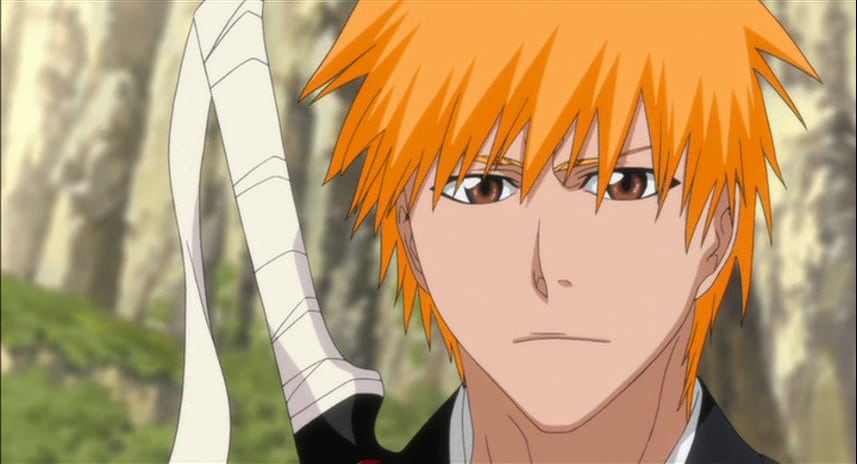 Some call it cool, some label it freaky while some might even call it silly but no one can deny that the odd hairstyles are what give the anime characters their uniqueness. So, today we are going to talk about them, specifically about some of the characters who have a cool rug hugging their scalp. I have tried to keep the list as diverse as possible and include multiple hairstyles. If you have a few choices of your own then continue reading to see if they made the list. So, without any more delay here’s the list of best male and female hairstyles ever.

First, let me make this clear that the Kaneki I am talking about is the one with the white hair i.e. after his transformation as a result of being tortured by Jason. Man, does he look cool! That silver-white hair coupled with that badass of a mask and one ghoul styled eye. This gives him a really formidable as well as dashing appearance. I like the part when he cracks his knuckles before fighting.

‘High School DxD’ is an Ecchi genre anime. One of the main characters of the series is Rias Gremory. She is a devil. Rias possesses one of the most iconic hairs in the series. Her hair is long almost reaching her thighs, crimson colored and has ahoge (single strand of hair which sticks out from the top). She is tall and sports a buxom figure making her one of the sexiest female anime characters.

‘Death Note’ is one of my all-time favorite anime series. I am quite sure it is on the favorite anime list of many of you. We can all kinda agree on the fact that the series wouldn’t have been half as good if there wasn’t an eccentric genius detective, L. I liked his messy black hair a lot, gave him a shabby genius kinda look which added to his personality of being a calm and carefree person. His overall appearance was a sort of counter to that of Light.

Let’s kick-start the list with some cool looking Saiyans. ‘Dragon Ball’ series has been fairly popular over the years especially because of the Saiyans. But what makes a Saiyan unique or cool? Of course great physical strength and combat abilities, but what is the most unique thing about them? Their hair! They have spiky hairs which grow in size if they become super Saiyan. Goku, Vegeta, and Radish have one of the coolest hairs in the series.

Back to ‘Naruto’. This time, its Kakashi Hatake the mentor of Team 7, which comprised of Sasuke, Sakura, and Naruto. He is one of the most skilled ninjas of the Leaf Village. I am sure you will all agree to his presence on the list. His appearance is closest to a ninja, with his mouth and one eye covered. He has a nice hairstyle with gray colored spiky hair oriented to his left.

Let’s go back to ‘Bleach’ once again. This time I want to talk about Kaname Tosen, the captain of the 9th squad of Gotei 13. I felt that he had a really cool hairstyle which accentuated his appearance. His hair is fashioned into dreadlocks and tied back together in a ponytail. He sometimes wears transparent glasses. Kaname Tosen has lavender eyes and has been blind since birth. His overall outfit gives him a calm and cool appearance.

‘Inuyasha’ is a fantasy/adventure anime which follows the life of a 15-year-old girl who ends up 500 years in the past having been dragged there by a demon. The demon wanted a wish-granting jewel present inside her but the jewel shatters. She then joins Inuyasha and other demons to find the shards. Inuyasha is a demon who has a long, majestic, silver waist-length hair. He has two fox-like ears which pop out of the hair. He is one of those anime male characters who can really sport a long hair.

If you have watched this anime then you know what I am talking about. Afro has a really cool looking afro hairstyle. But it is not like a normal afro. It is long and wavy. The fierce battles throughout the series look cooler due to Afro’s hairstyle. Just look at him! It looks like some kind of anti-gravity black waterfall.

Let’s move from a boyish demon to a slick and charming one. Sebastian Michaelis is the demon from ‘Kuroshitsuji’. He has been portrayed as a handsome, tall and lean man with red eyes and black hair. He is loyal to Ceil and dutifully performs his orders. Sebastian has a sexy hairstyle with neck-length hair almost parting in the middle with a single thick bang in the middle of his forehead.

Funny! But let’s be honest here. No one sports a bald head like Saitama does. He is a badass and the strongest hero on the planet (maybe the Universe). All he needs to defeat his enemy is one punch. One punch and all is over. He wears a caped superhero costume with white capes and red gloves. He lost all his hair due to his training prior to which he had thick hair.

Tōshirō Hitsugaya is the captain of Squad 10 in the soul society. His appearance is that of a kid and is the wielder of the most powerful ice type Zanpakuto. He is one of the coolest looking characters in the entire series partly because of his white hair. Despite his appearance, Tōshirō is one of the strongest shinigami and is respected by all.

It was obvious that Ichigo was gonna be on this list. He is one of the most popular action anime characters. His cool appearance is heightened by his unique orange colored-hair. He has himself dyed his hair orange. Ichigo is a skilled fighter and would keep on getting stronger to protect his close ones. This often pushes him closer to death.

I watched the entire ‘Hellsing’ series just because I liked the character of Alucard. He is really powerful and is almost invincible. He sometimes lets his opponents hurt him badly, just so that he can enjoy defeating them later. His hair is one of the staple components of his appearance. His hair changes its length depending on his release states. Sometimes it’s short while at times it goes up to knee length.

Up next is another female character, this time from the action anime ‘Black Lagoon’. Rebecca Lee better known as Revy is one of the main characters of the anime. She is a ruthless mercenary living in Roanapur. She doesn’t care about killing and if need be, would even kill unarmed citizens. She ties her hair in a ponytail which leaves bangs falling over her forehead. This gives her a badass dangerous diva kinda look.

Well, no introductions needed here. Here we have the young mischievous child ninja, Naruto. His short, blonde and spiky hair is special for its appearance. Naruto loves getting into trouble. He breaks statues, messes up walls and troubles people. He wants to become the Hokage of his village and surpass all of the previous ones. Naruto trains hard to become stronger.