Natural star Nani is currently working on a comedy entertainer called “Ante Sundaraniki”. Naveen Yerneni on the Friendship Movie Makers banner, y. The film is being co-produced by Ravi Shankar and directed by Vivek Atreya. Nazriya Nazeem, a Malayalam actress opposite Nani, plays the heroine in this romantic and comedy entertainer. The movie “Ante Sundaraniki”, which has already caught everyone’s attention with its teaser, will hit theaters on June 10. However, the makers are preparing to release the film in two more languages. The “Ante Sundaraniki” team, which has recently released a poster to this effect, has announced that there will be a special announcement on April 18.

“Ante Sundaraniki” will be released in Tamil with the titles “Adade Sundara” and in Malayalam with “Aha Sundara”. Will the film be released in Hindi and Kannada? Whether or not that is the case remains to be seen. Clarity on the matter is likely to come in another announcement on April 18 at 11am. This special announcement came from the “Ante Sundaraniki” team during Easter today. 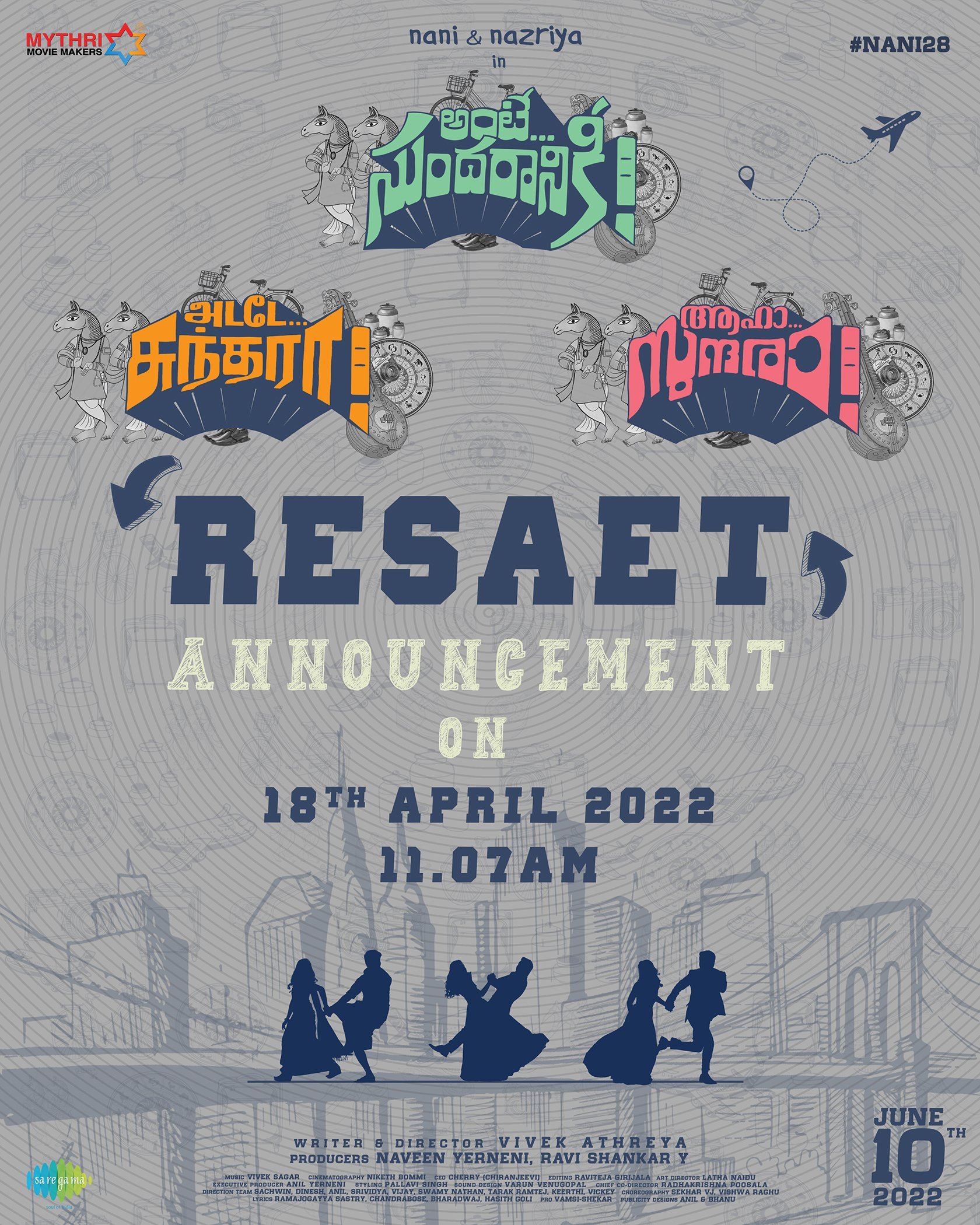