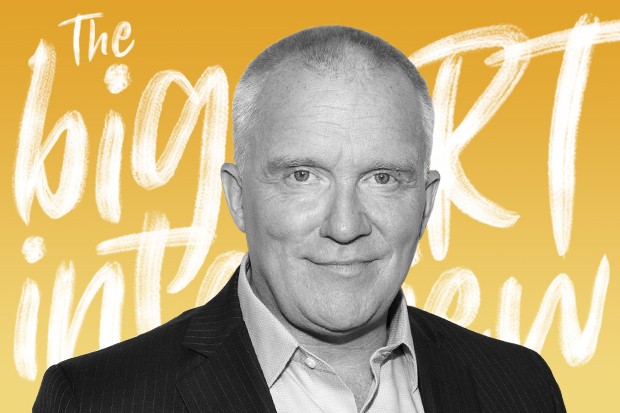 Anthony Michael Hall can still clearly remember the first time he watched John Carpenter’s Halloween. “The movie came out in 1978 when I was 10 years old, so it was a year or two later when I saw it on cable,” he tells RadioTimes.com over the phone from New York. “I remember distinctly because it was a night where my parents went out for the evening, and I remember being home watching it. And what is embedded in my mind is the images of Laurie walking through the town, all the kids trick or treating, and hearing the score. I mean, it did have a visceral effect.”

Fast forward more than 40 years and Hall is now starring in the Halloween franchise himself, playing, no less, a grown-up version of an iconic character from the original film. In Halloween Kills, Hall stars as Tommy Doyle, the boy Laurie babysat for all those years ago, who is now leading the charge for vengeance against the returning boogeyman Michael Myers. Tommy is a character who has appeared in several Halloween films in various incarnations – with one version of the character played by Paul Rudd in Halloween: The Curse of Michael Myers – but the new film throws much of the continuity out of the window. And Hall says that rather than filling in the gaps in Tommy’s backstory, he relied solely on the script written by Scott Teems, Danny McBride and David Gordon Green when preparing to play the character.

“I think the script was very clear, and in the discussions that we had it was made implicit that he [David Gordon Green] saw Tommy as a hero in the film, ” he explains. “So we go from commiserating about being survivors and victims to then making that decision as a group to unify as a town as neighbours and as friends and to support each other and really fight. And that’s the energy that really propels the film in the first act, that really gets the movie going. It’s this great kind of collision of the townspeople rising up to fight for good. So I didn’t have to research too much, it was really more about taking cues from David and kind of just enjoying the ride of playing Tommy who is fighting for good and who’s a hero.”

One of the key themes of the new film is mob justice, with Haddonfield’s residents joining together to try and put a stop to the masked killer once and for all. And while at some points this is seen as a good thing in the context of the film – exemplifying the power of a sense of togetherness and community – the movie also makes it clear that angry mobs don’t always have the desired effect, however innocent their intentions. This nuance was interesting to Hall, and he says he’s noted some parallels between the film and real-life in the two years since it was shot.

“It’s interesting because Jamie [Lee Curtis] has spoken a lot about it in the last few weeks, but the idea that life was imitating art to some degree was shocking and surprising for all of us,” he explains. “All the societal issues and the pandemic, and just how the world has been for the last few years for all of us. But there’s sort of an inherent lesson there as well, which is, you know, that positive energy can go awry and can throw people off. So I think that in that regard it will remind people of a lot of the sort of social uprisings that we’ve seen.”

Although Hall has always been a fan of the Halloween films, one of the things he’s particularly enjoyed since he finished shooting is fully embracing the fandom. In the last year or so, he’s spent several hours watching YouTube videos, reading think pieces, and checking out all the reactions to the latest trailers and test footage, and says he’s been very impressed with the depth of knowledge fans possess when it comes to the franchise.

“It’s such a die-hard fan base,” he says. “And they are so specific, they can tell you about every mask and every sequel. I mean it’s almost like the Star Wars of the horror genre. So we’re talking 43 years of a fanbase that’s grown and grown – and for such a horrible character who embodies evil, people love Michael Myers, just like they love Laurie!”

And he reckons that those fans will have lots to look forward to in the new film, with all sorts of references and Easter Eggs packed into the running time. “There are references to Halloween 3 with the pumpkin masks and different little things that Danny and Scott and David did to pepper the script so that people would see those little callbacks,” he says. “That was really interesting, too, and especially for the audience. Because again, in the deal that’s made about showbiz and showbiz people, sometimes we can lose sight of the audience. And that’s why we do this and why we make films. And I think that that’s what’s really exciting about this is that it’s really an audience-friendly film – so I think that fans of the franchise will be thrilled.”

Away from Halloween, Hall has a number of other projects in the pipeline. He’s recently wrapped production on a new Netflix action thriller called Trigger Warning, which stars Jessica Alba in the lead role and comes from the same producers as the John Wick series. Hall is full of praise for the team behind the project – including Indonesian director Mouly Surya and The Handmaid’s Tale cinematographer Zoe White – and hopes that the film could launch a franchise of its own for Alba, who he describes as “a titan”.

“I play kind of a villain in it,” he adds. “I don’t want to give away too much, but it’s kind of a villainous role. I play a dirty politician who along with his sons has kind of taken over this town where Jessica’s character is from, this small town. And Jessica comes back and it’s just, it’s a real vehicle for her, you know. So this is what we hope will be a series of films for her, and it was a great time.”

Another future project that sounds particularly intriguing is Nicholas Celozzi’s The Class, a film on which Hall serves as both a producer and an actor. The film, which has already been shot but doesn’t yet have a distributor, is billed by Hall as a modern reimagining of one of his most famous films: John Hughes’ ’80s classic The Breakfast Club. It’s not a direct remake, Hall explains, but the films certainly share some of the same DNA.

“I’m playing the assistant principal, but we cast Debbie Gibson as the sort of drama teacher and what she does at the beginning of the film – with six students instead of five like in The Breakfast Club – is she gets these students to bring a character to class, so they have to kind of present themselves in an improv way to the class, and that’s what kind of sets forth this modern-day version of The Breakfast Club, because they’re all stuck there on Saturday once again, but for very different reasons.”

Speaking of The Breakfast Club, Hall says that all these years later it’s still the film that he gets quoted at him most often – and he says he especially loves going to Comic-Con and seeing people from younger generations wearing Breakfast Club T-Shirts and so on. But does he ever go back to revisit those John Hughes films himself?

“Sometimes they pop on the television, and when they’re on TV I can look at them for a few seconds,” he says. “Because time has gone on now, I’m 53-years-old, so it’s been a long time. But it took a while, when I was a kid making those movies it was more awkward when I saw myself. Because I really was trying to play my age while I was doing those films.

“But as time progresses, it becomes a lot easier and you can enjoy it and kind of laugh at yourself and just kind of look back with good memories,” he adds. “One of the things I often think was just how serious I was because of the business and everything I had to deal with, it was challenging behind the scenes more than in front of the scene. So often I’m struck with that thought, when I’m looking at one of my old films as a kid, I’m like, wow, I wish I could have told myself to lighten up! And then I look back at myself and I just, you know, it’s like looking at an old yearbook when you’re a kid in school, you know, you’re kind of like, what the hell? You kind of smile on your own youth as it were.”

However impressive some of his previous credits might be, Hall says that he’s never been more excited than at this current moment, and he can’t wait to see all the reactions to Halloween Kills now it’s finally set to be released. “I can honestly say that I have never been more excited, ” he says. “This film was one I’m really pumped up about, really excited. It really just goes non-stop, and I’m someone who’s already seen the new James Bond film, I’m a huge fan of Bond. But let me tell you – I think this is even more fun.”

Halloween Kills is released on Friday 15th October 2021. If you’re looking for more to watch, check out our TV Guide or visit our Movies hub for more news and features. And if you liked this Big RT Interview, head over to the section for more exclusive chats with the biggest stars.
Share on FacebookShare on TwitterShare on PinterestShare on LinkedIn Share on TumblrShare on RedditShare on VKontakte
adminOctober 16, 2021