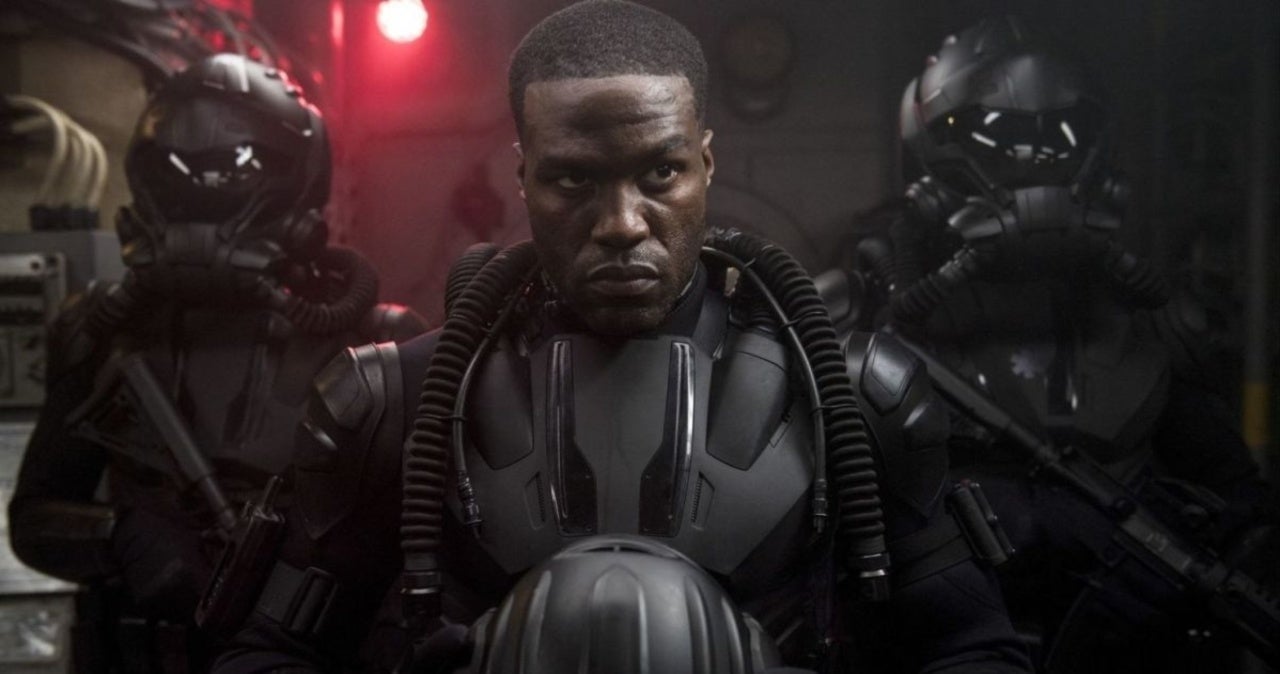 When he was cast in DC’s Aquaman as the king of Atlantis’ biggest foe, Black Manta, Yahya Abdul-Mateen II was a rising actor with only a few credits to his name. In the time since that film’s release and the start of production on its sequel though he’s gone on to start in Jordan Peele’s Us, Aaron Sorkin’s The Trial of the Chicago 7, an episode of Black Mirror, the upcoming Candyman reboot, The Matrix 4, and even won a Primetime Emmy Award for playing a different DC Comics character in HBO’s Watchmen. With that much more experience under his belt, Abdul-Mateen’s praise for the upcoming sequel holds even more water.

“I think the script is better than it was in the first one,” the 35-year-old actor revealed to The Hollywood Reporter about Aquaman and the Lost Kingdom. “It gives the actors a lot of good storytelling moments. In Aquaman, we just got a small introduction to Black Manta and to some of his motivations. In this one, I get to exercise and breathe a little bit more. I’m showing some different colors with this one….The bad guy is always more interesting to explore.” The trade further reveals that Abdul-Mateen will be filming the DC follow-up until November of this year and that he’ll take six months off afterward before filming begins on Furiosa, the new Mad Max spin-off movie.

Abdul-Mateen previously spoke with ComicBook.com about his role in the sequel. During our conversation, he revealed his hopes for the character’s future in the DC Universe.

“Anywhere where he has a device or plot to get back to Aquaman, he’s going to use it. So, he can show up wherever,” Abdul-Mateen shared with ComicBook.com at the time. “But when he does I hope that we get to see more of his wit and more of the comedic parts of Black Manta and see more of the things that make him [the Black Manta] that I know and the human that the fans, and the people in this universe, have grown to love over the years.”

The actor reunites with stars Jason Momoa as Aquaman, Patrick Wilson as Orm, and Amber Heard as Mera for the upcomign movie. Game of Thrones alum Pilou Asbaek has also joined the cast in an unknown role.

“After we ended the first one I went in with my writing partner and we dreamed up the second one and we went in and pitched the idea,” Momoa previously said on The Drew Barrymore Show. “The best thing I can give you is that I love it so much that I participated in the writing of it. And so, we did the first treatment and then James and our original writer David finished it off. And all of our hearts are in it. Instead of just like getting a script and doing that, you are 100% being encouraged by your director and co-writers. So that’s exciting for me and I’m excited to go over there. I leave in July and we start filming.”

Aquaman and the Lost Kingdom arrives in theaters on December 16, 2022.