Are Austin McBroom and Catherine Paiz Still Together? 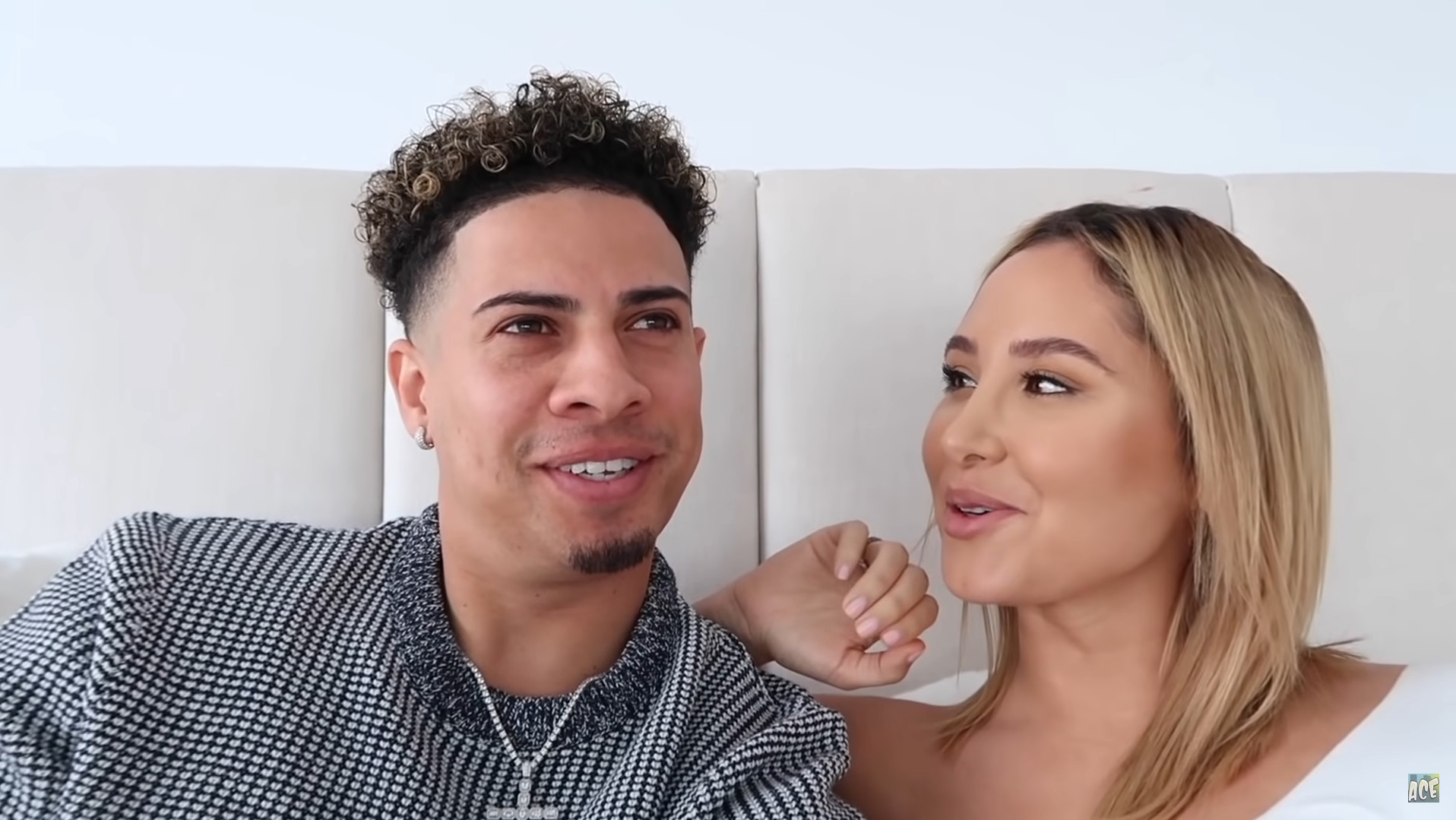 Massively successful YouTuber and a celebrity in his own right, Austin McBroom heads ‘The ACE Family’ YouTube channel. Austin, who was previously known for being an excellent basketball player in college, shot to fame after his videos featuring his wife and children went viral, earning him millions of subscribers. ‘The ACE Family’ is run jointly by Austin and his wife, Catherine Paiz. She is a model who has worked previously with brands like Victoria’s Secret.

Catherine has also gone on to star in a few movies and was quite well known before joining her husband’s channel as its co-owner. Austin and Catherine married in 2017, and they have had quite a happy life. Recently, the couple came under scrutiny, especially with speculations surrounding their married life. Let’s find out if Austin and Catherine are still together, shall we?

Austin and Catherine: Journey Together

Fate brought Austin McBroom and Catherine Paiz together at a dinner party in 2015. The two already knew who the other was and got acquainted in real life. Shortly after, the couple went on their first date. Austin was smitten with Catherine from their first meeting, but on the other hand, she took some time to get comfortable and even believed that their relationship might not last. It was not long before Austin went all out to declare his love for Catherine.

Catherine reportedly ignored that declaration and said, “I wasn’t used to that to be honest. I just wasn’t used to like, things happening so quick, and things being so real so quick.” However, Catherine warmed up to Austin, and they started a whirlwind romance. Their first daughter, Elle Lively McBroom, was born on May 28, 2016. Exactly two months later, on July 28, 2016, ‘The ACE Family’ YouTube channel was formed where each letter of “ACE” stood for the three family members, Austin, Catherine, and Elle. In August 2017, the couple decided to take their relationship to the next level, and Austin popped the question.

With their YouTube channel taking off, the two soon found themselves in the spotlight, and their engagement video gained a lot of traction. On October 17, 2018, the couple had even more fantastic news for their fans as they welcomed their second daughter, Alaia Marie McBroom. It was an incredible moment for them as Alaina became a part of ‘The ACE Family.’ In January of 2020, Catherine and Austin announced that they were expecting their third baby by the middle of the year.

Although we have publicly shared some special moments throughout the years…our marriage was not one of them. We got married a couple years ago in private in our backyard✨we look forward to having our ceremony in the future where our parents, friends and family will attend https://t.co/ZAinPSLYDN

Subsequently, they were then called out for having three babies and not exchanging marriage vows yet. That was when Catherine revealed that they had married a couple of years back in a small and private ceremony in their backyard. She also said that she was looking forward to having a lavish wedding in the future. On June 20, 2020, Austin and Catherine welcomed their youngest son, Steel McBroom. It was a joyous moment for the family.

Austin even took to social media to reveal how lucky he felt to be the father to three wonderful kids. However, in August, they decided not to have kids anymore, as detailed in a video on their channel. Over the years, the pair has stood like a rock beside each other and fought all allegations and speculations together. They are also one of the most famous couples on YouTube, with their three children standing as a true testament to their love.

Are Austin and Catherine Still Together?

Yes, Austin McBroom and Catherine Paiz are still going strong, much to the delight of their fans. The couple has been through multiple rocky situations and faced numerous obstacles, but they have stood firm through it all. In June 2019, YouTuber Cole Carrigan uploaded a video wherein he accused Austin, his father and two others of alleged rape and assault. Carrigan claimed that Austin allegedly raped a woman and tried to reportedly force himself on another woman. He further accused Austin of buying ‘DramaAlert’ fame YouTuber Keemstar’s silence, which was debunked by the Youtuber himself.

Austin outright denied the accusations and even shared screenshots from one of the women involved in the incident who mentioned they Austin did not rape her or anyone else. Furthermore, Austin even took to social media to share that he was taking a legal step against this false accusation. Throughout the years, Austin has faced multiple accusations, however, the couple has always spoken up against these unsubstantiated accusations.

I hope you really all understand what’s going on here… pic.twitter.com/rQ2HEOBFnW

Catherine, too, is no stranger to rumors as in November 2020, YouTuber Jake Paul alleged that Catherine was cheating on Austin. Jake claimed that Catherine was allegedly direct messaging him on social media. However, Catherine soon took to social media to address and shut down the rumors. She was also supported by her husband, who even challenged Jake Paul, Logan Paul, and TikToker Bryce Hall to a boxing match. Austin had to face even more accusations and speculations in the run-up to his boxing match against Bryce Hall in the YouTubers vs. TikTokers boxing event.

In June 2021, Jake Paul focused his attention on Austin and claimed that he was reportedly cheating on his wife. Then, just moments before Austin’s big fight, well-known TikToker, Tana Mongeau, accused Austin of allegedly cheating on Catherine. Furthermore, another TikToker, Monica Bush, also made cheating allegations against Austin. However, Austin stood strong against these accusations and has denied every single one of them. It should also be noted that the allegations were never substantiated or proved.

At present, it looks like Austin and Catherine are sharing a happy married life. They are blissful with their three children and often share their love through heartfelt posts on social media. Moreover, it is inspiring to see how the pair has stood steady through multiple accusations and has not let any rumors touch their personal lives. Austin even posed with Catherine after winning his boxing match against Bryce, which shows how strong a bond they share. To witness such a deep and unbreakable bond is truly remarkable, and we wish nothing but happiness for the couple in the future.

Read More: Are Landon McBroom and Shyla Walker Still Together?