Are Dannielle and Garrick From Seeking Sister Wife Still Together? Although monogamy is the norm throughout the world in this day and age, some couples still look to explore the pages of polygamy and the challenges that come with it. TLC’s ‘Seeking Sister Wife’ follows such pairs who are looking to step into the practice of having multiple wives. Naturally, with the practice being illegal in most places, people have to use various workarounds in order to have a second partner. However, it still makes for compelling TV as the unconventional lifestyle completely captures the viewers’ attention.

Dannielle Merrifield and Garrick Merrifield were married for about 13 years. However, Garrick wanted to explore polygamy, claiming that it would bring him closer to God. Thus, to bring a second partner into their family, Garrick had to divorce his longtime wife. Fans also saw how the divorce and the entry of the third partner, Roberta, made Dannielle visibly upset. With the divorce now official, fans want to know if the couple is still together. Well, we come bearing answers!

When Dannielle and Garrick were introduced on the TV show, they were already looking to include a third member in their marriage. Previously, Garrick and Dannielle had always been monogamous. They were married for about 13 years and were happy with each other. Although court records show that both Dannielle and Garrick had to navigate rough waters, including a bankruptcy filing in 2014, they managed to keep their marriage alive. Over the years, the two even became parents to two sons, Geremiah and Solomon. 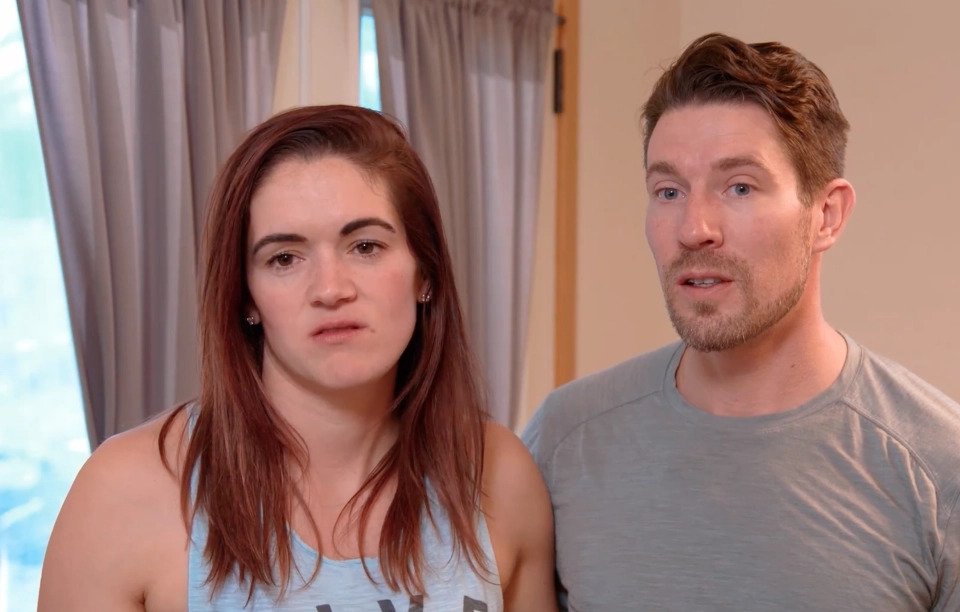 The idea of polygamy came to Garrick first, who believed that getting another wife would bring him closer to God. He approached Dannielle with the idea, who was apprehensive of it but still gave her consent. After the couple met Roberta, they tried to have her come over to the US on a travel visa. However, it was rejected, and both parties met halfway in Cabo, Mexico. Once in Mexico, it was love at first sight for Garrick, who got quite comfortable with Roberta. While on the trip, Roberta and Garrick got intimate, and Garrick even asked her to marry him.

Unfortunately, this meant that Roberta had to come over to the United States on a K-1 visa which proved impossible as long as Garrick and Dannielle were married. On the other hand, Dannielle seemed emotional and sad at the current proceedings. Even though she had given her approval to polygamy, Dannielle seemingly felt hurt at seeing Garrick get intimate with another woman. Still, to approve Roberta’s visa and make her a part of the family, Dannielle and Garrick decided to divorce. Although Garrick took it in his stride and was excited about his upcoming marriage, it was clear how badly the divorce affected Dannielle. 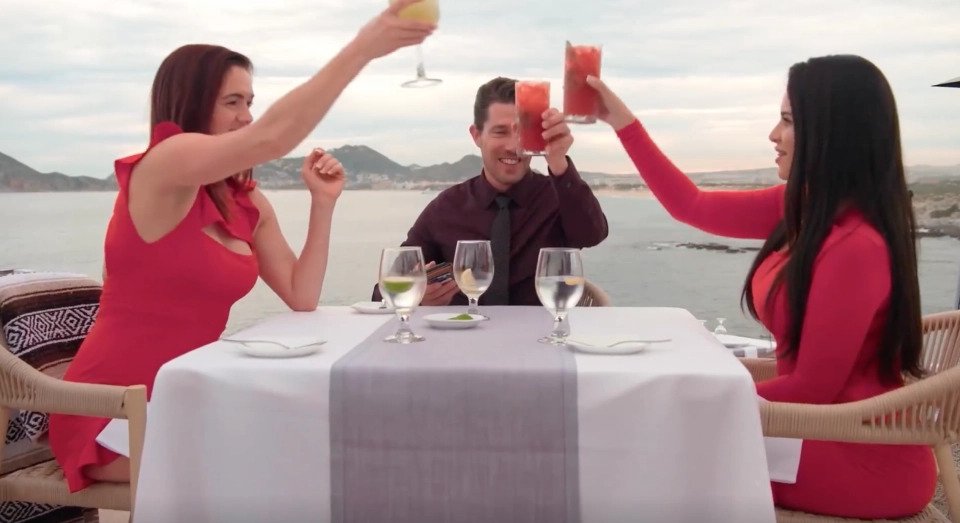 Garrick and Dannielle ran into another bump in their relationship when Garrick announced that he and Roberta would try and have a baby before marriage during a second trip to Mexico. He claimed that waiting till after marriage would prove difficult as the Covid-19 situation had put everything into question. Dannielle’s pain at the decision was clearly seen even through her approval. With Dannielle apprehensive about the polygamy situation and going through so much emotional pain, it seemed like the couple was destined to break apart.

Are Dannielle and Garrick Still Together?

Yes, surprisingly, even after all the bumps in their relationship, Dannielle and Garrick do seem to be together. After the divorce was aired on the show, there were speculations about them breaking up. Garrick also received a lot of flak for the way he treated his ex-wife. All three members choosing to maintain privacy about their lives gave way to numerous speculations which claimed that Dannielle had moved on to another man. Moreover, a picture posted by Dannielle hinted at a new relationship which further strengthened the rumors. 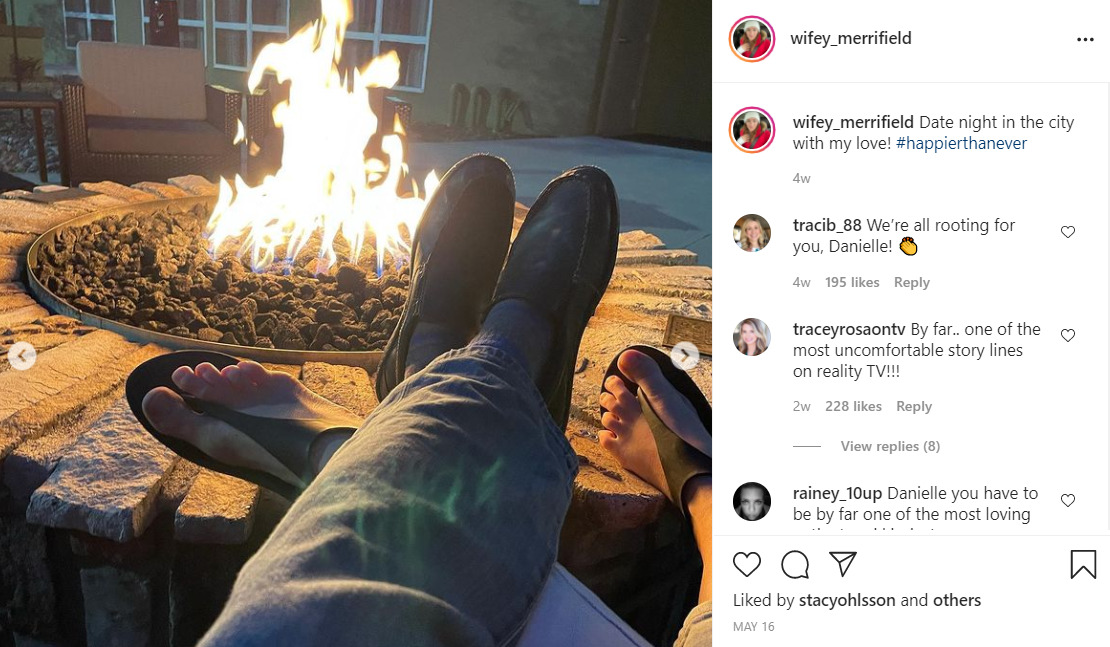 On the other hand, Dannielle’s parents did not seem too enthusiastic about their daughter’s broken marriage. They had also shared their concerns about the situation on the show when Dannielle’s mother said, “It’s hard to see my son-in-law with another woman. I hope Dannielle is making the right decision in all of this.” Additionally, Dannielle and Garrick have also stopped posting about each other on their social media. With everything pointing towards a probable breakup, it is astounding to see how the pair made it work.

In June 2021, The Sun reported that in April 2020, Garrick had purchased 2 acres of land in Buena Vista, Colorado. The sale came just two months after Dannielle and Garrick’s divorce, which was finalized in February 2020. Moreover, in September 2020, Dannielle’s name was added to the land’s deed, which hinted at the couple still being together. It is reported that Dannielle and Garrick would be building a massive 3900 square feet two-storied house along with a 1020 square feet detached garage on the land.

The new space would comfortably allow Dannielle and Roberta to co-exist without infringing on each other’s privacy. Furthermore, reports claim that a fan had met both Garrick and Dannielle recently at a bar. The reality stars seemed to be together and were happy with each other. Moreover, Dannielle is still known as “wifey_merrifield” on Instagram, which hints at her being together with Garrick.

Thus, it does look like Dannielle is still with her ex-husband. However, there has been no news from Roberta’s end, and we still don’t know if she and Garrick got married. It is also unclear if she is pregnant, even though she and Garrick did try to have a baby while on the show. So, while it seems like the trio is still on the road to a polygamous life, it will be interesting to see how their relationship develops throughout the years. For now, we would like to wish them the very best and hope happiness never eludes them in the future

Read More: Are Garrick Merrifield and Roberta From Seeking Sister Wife Still Together?