Are Kim Zolciak-Biermann and Kroy Biermann Still Together? The lives of other people always make for compelling television. Be it a daily routine or a guilty pleasure, shows like ‘The Real Housewives of Atlanta’ always bring with it thrill and excitement. The third installment of the ‘Real Housewives’ franchise, ‘RHOA’ focuses on the lives of several high society socialites from Atlanta. Cameras follow the women around as they go about handling their personal and professional lives. Kim Zolciak-Biermann was a regular on the show till season 5, before coming back in seasons 9 and 10 as a guest and a friend, respectively.

Owing to her unique personality, Kim bagged a spin-off series titled ‘Don’t Be Tardy for the Wedding (later ‘Don’t Be Tardy’),’ which documents the days leading to the wedding of Kim and Kroy Biermann and their life as a married couple. Since then, the couple has wowed fans with their commitment to each other. So let’s find out if Kim and Kroy are still together, shall we?

Kim and Kroy Biermann: The Real Housewives of Atlanta Journey

Kim Zolciak-Biermann and Kroy Biermann met way back in May 2010 while attending a charity event called Dancing Stars of Atlanta. Their first meeting, which was documented on ‘RHOA’ season 3, saw Kim getting attracted to Kroy at first sight. The couple soon got acquainted and started dating. However, according to Kim, Kroy tried to break up with her once while they were dating, though that lasted for only 24 hours. Kroy even got close to Kim’s daughters from her previous relationship, Brielle and Ariana. 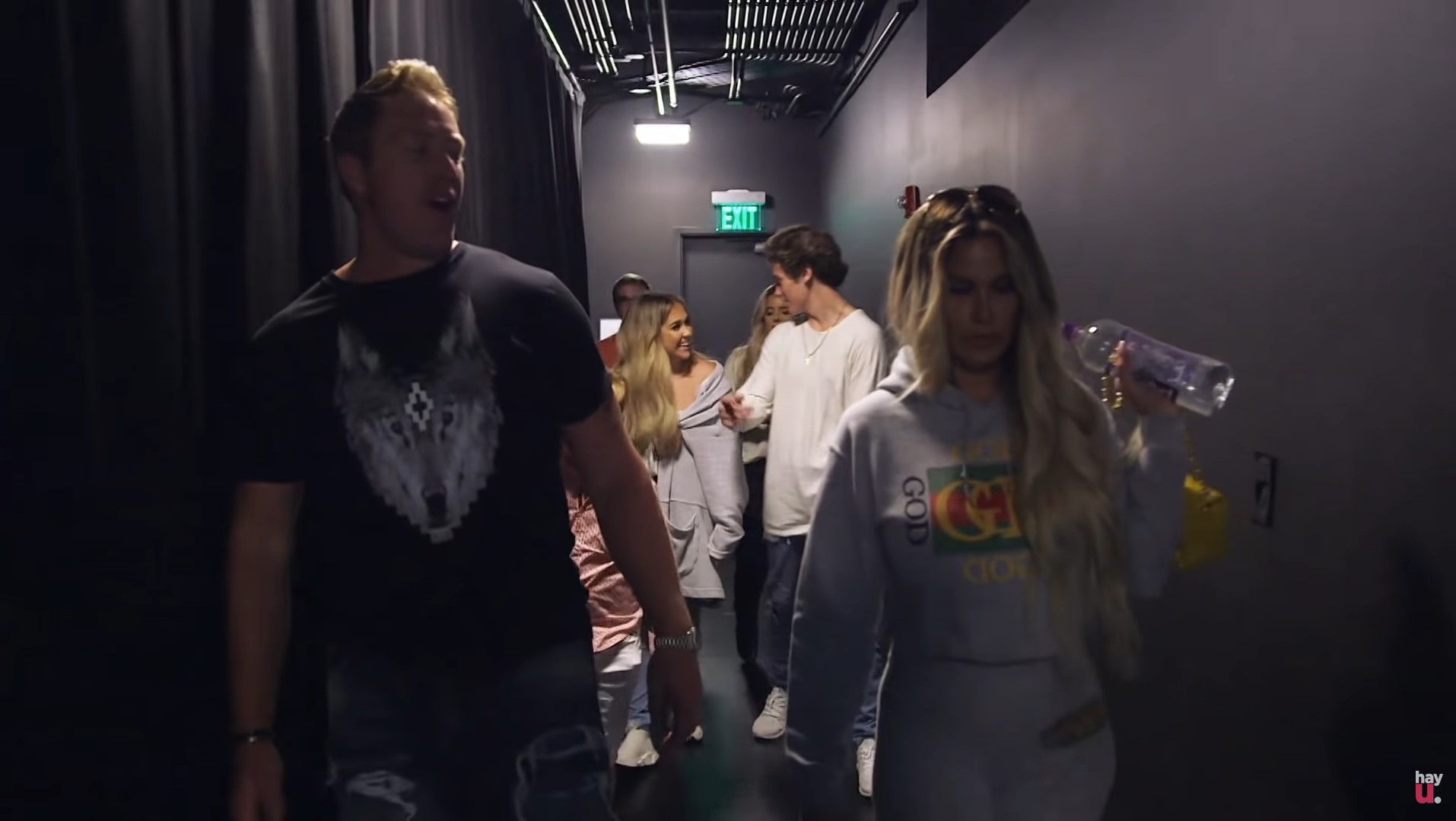 In May 2011, the couple gave birth to their first child, Kroy Jagger Biermann Jr. That year held more surprises for fans as in October 2011, the couple announced their engagement before exchanging wedding vows in a beautiful ceremony in November 2011. The build-up to their wedding, as well as the ceremony in Roswell, Georgia, forms the central premise of ‘Don’t Be Tardy’ season 1. Throughout their married life, the couple always came across as blissfully happy with each other.

In August 2012, the couple shared another joyous news with their fans when they welcomed their daughter Kash Kade into this world. In 2013, Kroy officially adopted Kim’s daughters, Brielle and Ariana, wherein they took Kroy’s last name. In November of the same year, the couple also gave birth to their twins, Kaia Rose and Kane Ren. Even with cameras trained on them every waking second, Kim and Kroy have always remained dedicated to each other. The family of eight has always showcased a deep intimate bond and even stood up together against trolls or anyone who dared speak ill against them.

Are Kim and Kroy Biermann Still Together?

Fans will be overjoyed to know that Kim and Kroy are still going strong together. Even though there have been several speculations and rumors about them having trouble in their marriage, Kim and Kroy have always gone on to deny these speculations vehemently. In 2016, Kim and the couple’s children had to go through a tough time as Kroy signed on to the Buffalo Bills and moved away from his family to Buffalo. Surprisingly, he was cut off from the team shortly after joining, which led to rumors about trouble in Kim and Kroy’s marriage. However, the couple quickly shut the speculations down.

In May 2017, the couple decided to bring more love into their marriage and renewed their marriage vows in a lovely beachside ceremony. It was a mesmerizing affair with Kim looking beautiful in a bridal gown, and the couple even had all of their children present for the occasion. In October 2017, Kim addressed the connection between reality stars and divorce in an interview with Fox News. She said, “That’s not an option in my house. I would never allow a show to impact my marriage in any way. My marriage is definitely first.”

Kim also believes that divorce is always an easy way out and couples need to put in the effort for relationships to last. In the same year, Kim revealed that even though they have a solid marriage, they do slip up now and then, especially when it comes to Kim checking social media. The habit annoys Kroy, but the couple soon managed to work around it and reach a compromise.

Throughout the years, Kim has also maintained how they prioritize their marriage. She beautifully explained this in an Instagram post where she said, “My ❤️ .. before we leave the beach we believe in releasing all negativity, worry, doubt and confusion. Instead we fill our hearts with love, passion, peace, and joy. We believe if our marriage is strong our children will be even stronger. We also put our marriage first above all else.”

In 2021, the couple went through another rough spot when they both tested positive for Covid-19. Shortly before the couple, even their daughter Brielle tested positive for the virus. However, the couple managed to lean on each other and recover from the illness. They seem to have recovered now and are happier than ever. Kim and Kroy love showcasing their love for each other on social media, and it is apparent that their children are a significant part of their lives. We wish this wonderful family all the very best and hope they continue to remain happy in the years to come.

Read More: Are Shannon and John From RHOC Still Together?