Arjun and Bhoomi will be seen in ‘The Lady Killer’, shooting started in Manali Mumbai – Famous Bollywood actors Arjun Kapoor and Bhoomi Pednekar have been discussing their upcoming film ‘The Lady Killer’. Both have started shooting in Manali. Arjun and Bhoomi have shared the photos and informed that the shooting has started. Bhoomi shared two photos. In one picture, the actor is posing with Arjun. Speaking of looks, Bhoomi is seen in black and white outfits. 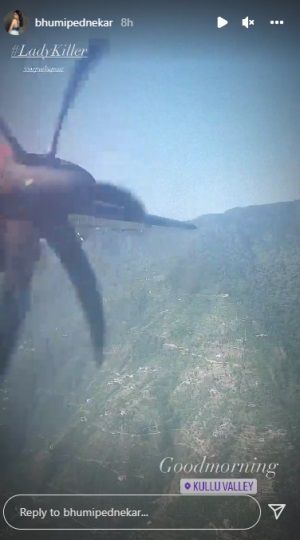 The actress has completed her look with light makeup and loose hair. At the same time, Arjun looks handsome in a black T-shirt. The second picture shows Solang Valley and Plane. Apart from this, Arjun has also shared a picture. In which many mountains are visible. With this the actor wrote – New beginning film number 18 has started from here. Fans are really liking these pictures. 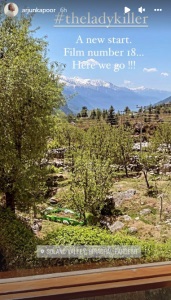 It is worth mentioning that ‘The Lady Killer’ will bring you face to face with the story of a small town playboy. The film is being produced by Karma Media and Entertainment under the banner of Gulshan Kumar and T-Series. Ajay Behl is directing the film.