‘Back to the Outback’ Ending, Explained – Do Maddie & Her Friends Reunite With Their Families? 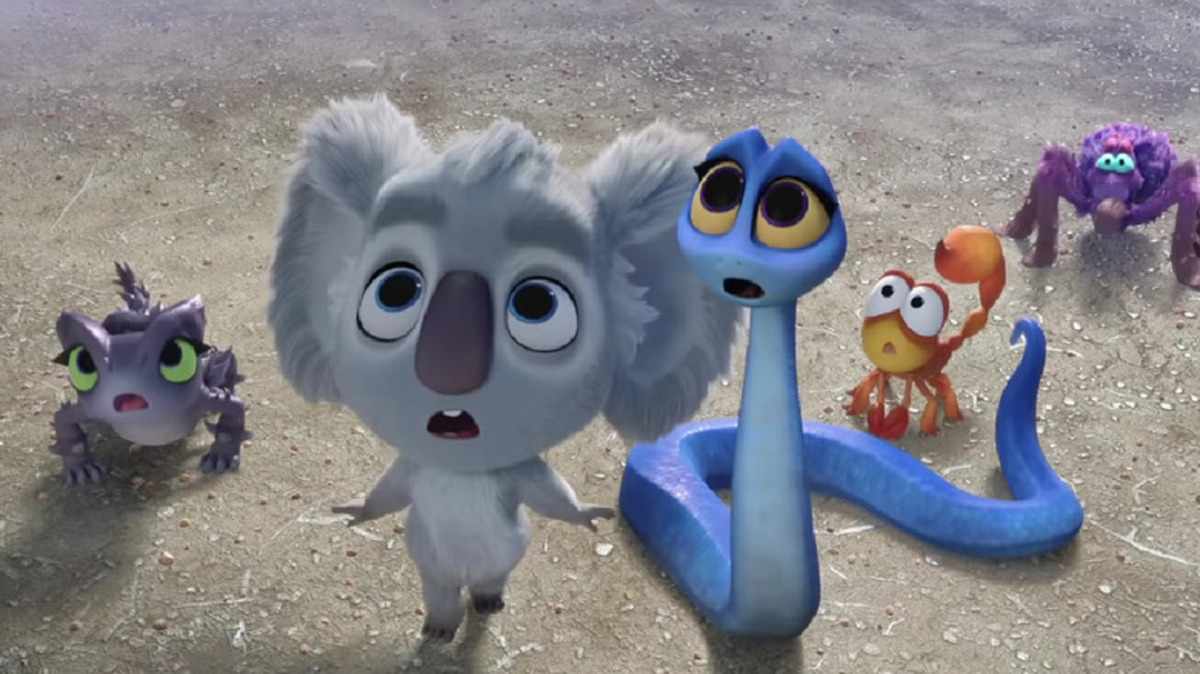 They are cold-blooded, venomous and have sharp fangs and crawly legs. They are the deadliest creatures on the planet! Except, they are not deadly at all! ‘Back to the Outback’ takes the audience into the world of cuddly and cute animals whom all kids love. But mainly into the world of some other “also cute” animals whom kids steer clear of. But are these creatures as dangerous as they appear to be?

‘Back to the Outback’ Review

Most popular and beloved animated classics such as “The Jungle Book” and “Finding Nemo” have established a “good guys” and “bad guys” narrative among animals. Around the world, children are aware of which animals are good to pet and which ones are best to avoid. ‘Back to the Outback’ brings us a similar animal adventure with a refreshingly new perspective.

The hilarious chemistry between a Taipan snake, a scorpion, a thorny devil, a funnel-web spider, and an odd companion who is a Koala throws one into uncontrollable fits of laughter. The dialogues and comic timings are laudable. And so is the way the plot takes shape.

The ecstatic adventure of the animals takes the audience on a gratifying journey of soul searching. Under the cover of funny twists and turns, the film unravels one’s insecurities and teaches self-acceptance. Being set in a fantasy world, ‘Back to the Outback’ attempts to broaden one’s perspective in life. Let’s dive in to find out how.

Meet the Creatures of the Danger House

Kids love visiting the Australian Wildlife Park. After all, it is home to some of the cutest animals in the world: chipmunks, bilbies, and kangaroos. But most importantly, the home of the celebrity Koala, Pretty Boy. However, the creatures of the Danger House are only known as ugly, disgusting, and dangerous! They are:

Though the rest are habituated to the repeated humiliation at the live shows, Maddie is heartbroken when humans refer to her as a monster. However, her friends always cheer her up, especially Jackie (their mother figure). One day, Jackie gets caught up in a misunderstanding by humans, who decide to get rid of her! While everyone in the Danger House is devastated by the news, Maddie decides to break free with her friends and go back to the outback: their land of origin.

Maddie and her friends successfully break free from their cages but are obstructed by the bratty snob Pretty Boy. After Maddie’s failed attempts to negotiate with PB, Nigel knocks him down, and the lot takes him with them. On their way to the mountains, they are introduced to Jacinta the Shark, an agent of the U.S.S.: Uglies Secret Society. Jacinta lets them in on the password of the U.S.S. and promises that the secret society will always rescue them.

Throughout the adventures of Maddie and her friends, several members of the U.S.S. reach out to help them. Be it Legs Luciano, the redback spider, the three Tasmanian Devils, or the cave full of bats! PB, the connoisseur of glamour, would always find the U.S.S. quite unsettling.

Ironically, there has been nothing “ugly” about the U.S.S. It was an international organization of animals who would selflessly look out for each other. At last, P.B. confesses that the “Uglies Secret Society” is a ridiculous name, and it should instead be the “Unique and Special Society.” When he explains the true essence of the U.S.S, Maddie agrees to it by saying, “sounds like U.S.S..”

At the end of the film, Maddie and her friends find out that the international head of the U.S.S. was none other than Jackie, who was looking after them all this while.

Does P.B. have a Change of Heart?

Pretty Boy is the only escapee who did not leave the zoo willingly. He is a self-obsessed and entitled Koala, used to fame and admiration. People at the zoo would find him so adorable that they even named him “Pretty Boy.” After all, who does not like a furry, snuggly, Koala?

P.B. loves being pampered and always competes with Giggles (the second cutest animal at the zoo). He behaves rudely with Maddie and her friends when they try to escape and calls them ugly. However, it is he who starts to disapprove of the “U” word the most as the film progresses.

After his “knockout” accident with Nigel, all his fans start to believe that he has rabies. Consequently, they attempt to kill him when he asks for help. Even Chaz calls P.B. a has-been after he loses his fandom. Like a celebrity realizing the sham of fame and glamour, P.B. gains a broader perspective of the world. P.B. slowly starts to understand what Maddie and her friends have felt all this while. He has a change of heart and helps his friends while still maintaining his carefree demeanor.

When P.B. comes across other pretty Koalas, just like him, he bids adieu to his friends for the new company. However, he comes back after seeing how shallow Koalas can be. But the real reason for him to come back was that he had started to miss his friends, especially Maddie.

‘Back to the Outback’ Ending – Humans: Friends or Foes?

To Maddie, humans were the cruelest and most insensitive. After being separated from her mother, Chaz was the first person she saw out of her egg. She had always believed that she shared a special bond with Chaz. Unfortunately, Maddie is devastated when Chaz displays her as a monster in front of the kids at the zoo.

Maddie’s perspective about humans starts to change when the blue-bowed school girl rescues her and her friends. She relates with the little girl when she calls herself ugly. Maddie, too had always felt ugly and unlovable and would never feel confident if it wasn’t for her best friends. When Maddie complains about humans to Dave, the toad, he too tells her that maybe they aren’t so bad.

When Chaz and his son Chazzie chase the animals, Maddie starts to tremble. But she notices that Chazzie (being stuck with her) is also trembling. That’s when the realization strikes her that perhaps, the rivalry between humans and animals was a sheer misunderstanding. Keeping this in mind, Maddie and her friends help Chaz by rescuing Chazzie from the edge of the cliff.

Maddie finally confronts Chaz and tells him that she may be the deadliest snake on the planet, whose drop of venom can kill a hundred people in less than ten seconds. But she was, in no way, a monster!

Finally, the differences between humans and the animals melt away. Chaz and Chazzie Hunt abort their hunt and set the animals free. The outback, that is the burnt sienna mountains with similar creatures like Maddie and her friends welcome them all. The escapees from the zoo realize that the family they had been looking for is nowhere but with each other!

Back to the Outback is a 2021 Animated Adventure film directed by Harry Cripps and Clare Knight. It is streaming on Netflix.