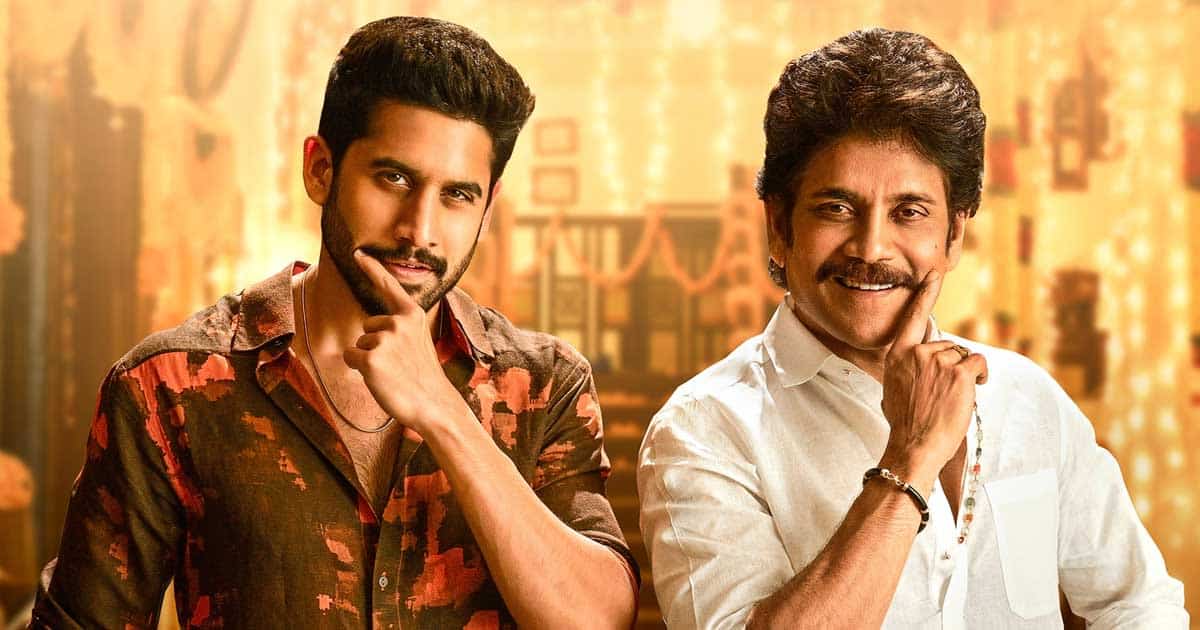 The makers of Nagarjuna and Naga Chaitanya-starrer ‘Bangarraju’ dropped an update on the release of their teaser. The makers shared that it will be launched on Saturday.

The makers revealed the update along with a poster featuring Naga Chaitanya and Nagarjuna. With bling, rural backdrop, the duo is seen posing with style, in the poster.

As the father-son duo Nagarjuna and Naga Chaitanya are to share the screen together in ‘Bangarraju’ after Tollywood’s classic movie ‘Manam’, speculations are rife.

Helmed by Kalyan Krishna, ‘Bangarraju’ is billed to be the sequel to Nagarjuna’s super hit movie ‘Soggade Chinni Nayana’.

It is reported that the makers of ‘Bangarraju’ have wrapped up the shooting formalities, and the post-production works are in full swing currently.

Though there is no official update from the team, ‘Bangarraju’ is expected to be in the Sankranthi race along with Ram Charan and NTR starrer ‘RRR’ and ‘Radhe Shyam’ starring Prabhas and Pooja Hegde.

Must Read: Vijay Deverakonda & Rashmika Mandanna Gets Spotted Post Their Workout Session; Gets Trolled, “He & She Over-Acting Ke Baaps”