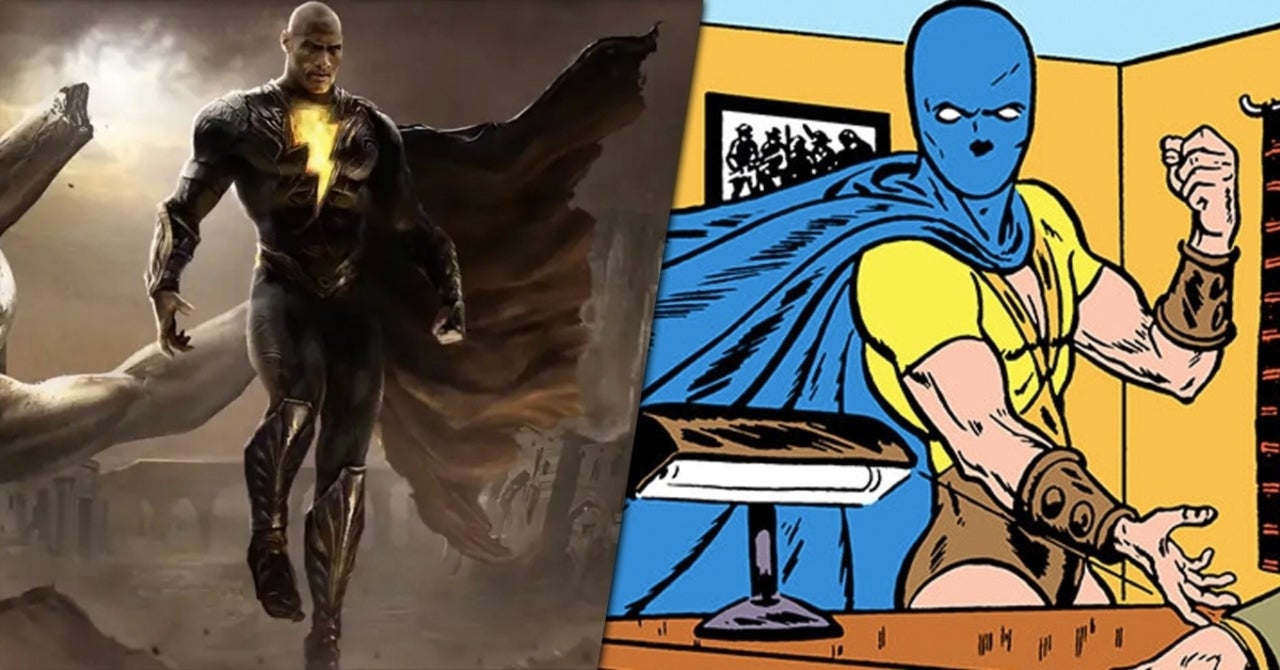 Dwayne Johnson’s Black Adam is already packed to the brim with superheroes, but there looks like there might be another one making the cut. In addition to Johnson’s eponymous antihero, it’s now being reported the original Atom will be joining the feature film. According to the report from The Direct, the version of the character appearing is Al Pratt and will act as “an uncle figure” to Noah Centineo’s Atom Smasher. The report suggests both characters will even wear the same costume.

According to Black Adam producer Hiram Garcia, the movie is going to be so big, it’s featuring filmmaking technology that’s never been used before.

“This is a character with amazing abilities. He has super speed, can fly, and has world breaking strength to name a few,” Garcia explained. “We wanted to make sure moviegoers feel that throughout the entire movie. You’re not going to see him use super speed just once and then it stops, this is part of his arsenal. It’s common to see abilities fall to the wayside when dealing with characters like that but one of our many goals was to keep continuity there and push the bar in terms of how we do it. For example, the technology we’re using to make Black Adam fly has never been done before. It’s completely unique. It was critical for us to ensure that it felt special, authentic, and real. [Director] Jaume [Collet-Serra] took that to heart. Our special effects’ team are Oscar winners, and we certainly put them to work.”

He added, “We’re just so excited for you and the fans to see the film, because this cast and crew worked exceptionally hard to just make this film feel fresh, and really introduce a new group of incredible characters to the world. All while making sure we unleash Black Adam on the DC Universe in a big way. This guy is an absolute force of nature. A force of nature that dishes out justice the way he wants. Unfortunately not many people walk away from the kind of justice he delivers. We mean it when we say the hierarchy of power in the DC Universe is going to change. When Black Adam arrives, everything’s going to change.”