The millennial generation feels deranged, isolated, and cut off from their parents, who cannot completely grasp the subculture to which their sons and daughters belong. But violence permeates generations — it is perhaps the governing principle of this erratic and tense world torn apart by fences, war, and hatred. Helmed by Ofir Lobel and based on a script penned by Anat Gafni and Sahar Shavit, ‘Black Space’ is an Israeli crime thriller series of commendable strength. While the slow-burning whodunit story is woven around a school massacre, as the audience probe into the narrative, the theme of a generational conflict is brought out in the open.

The major story arc follows police detective Rami Davidi as he investigates the heinous crime, while other plotlines delve into the agonizing lives of the students in the aftermath of the shooting. An air of suspicion is created around the students, and with every turn of the story, the mystery deepens further. In the season finale, the killers reveal themselves, and the story reaches its destined trajectory. However, if you have a hard time following the story arcs and how they collide, let us take you back to the crime scene. SPOILERS AHEAD.

The story begins with a school shooting incident at the Rabin Heritage High School. On the eve of the Memorial Day celebration, students gather in an assembly. Principal Chanoch gives a lofty speech professing peace while reminding the students that they have to join the IDF. Shortly after, assailants in unicorn masks break into the premises and start shooting. The Chief Superintendent of Police, Rami Davidi, and his men infiltrate the school campus to rescue the students.

Upon the arrest of three Palestinian workers from the rooftop, Deputy Commissioner Russo thinks the crime is politically motivated. Minister Moshiko is adamant about pressing charges. But Davidi thinks it is an inside job, and the Palestinians are released for lack of evidence. At night, the shooters burn their masks and gears. Four students, namely Meirav, Tsahi, Yaron, and Dor, are killed in the incident. The story deepens as we get glimpses into the lives of the other students as well.

Among the students is Libby, a rich and volatile girl with morphed morals. She has a complicated relationship with her ex-boyfriend, Tom, who is the alpha of the group. Libby is also close to Itamar, a meek boy who is abused by his father. Tom has a sister in Shir, who manipulates a computer geek called Omer for strong psychoactive medications. Shir’s best friend is another curly-haired girl named Ligal. There is another group that doesn’t mingle with the rest, comprising of bohemian anarchist Riff, his stoner sidekick Shaul, and Riff’s girlfriend, Ma’ayan. And lastly, we meet a repentant boy named Zohar.

As the story inches forward, we find out that the guns used in the massacre were 3D printed, and the police find out that the school has a 3D printing machine. They trace back the printing history to find that the guns were printed under Dor’s ID. Meanwhile, Omer finds an old clip that connects the shooting to the suicide of Ido Lev, and Shir manipulates him into deleting it. Tom later comes around to threaten Omer. Davidi senses that Dor’s mother is hiding something, and he observes her from outside the house. She drops Dor’s notebook in the bin before trying to commit suicide. 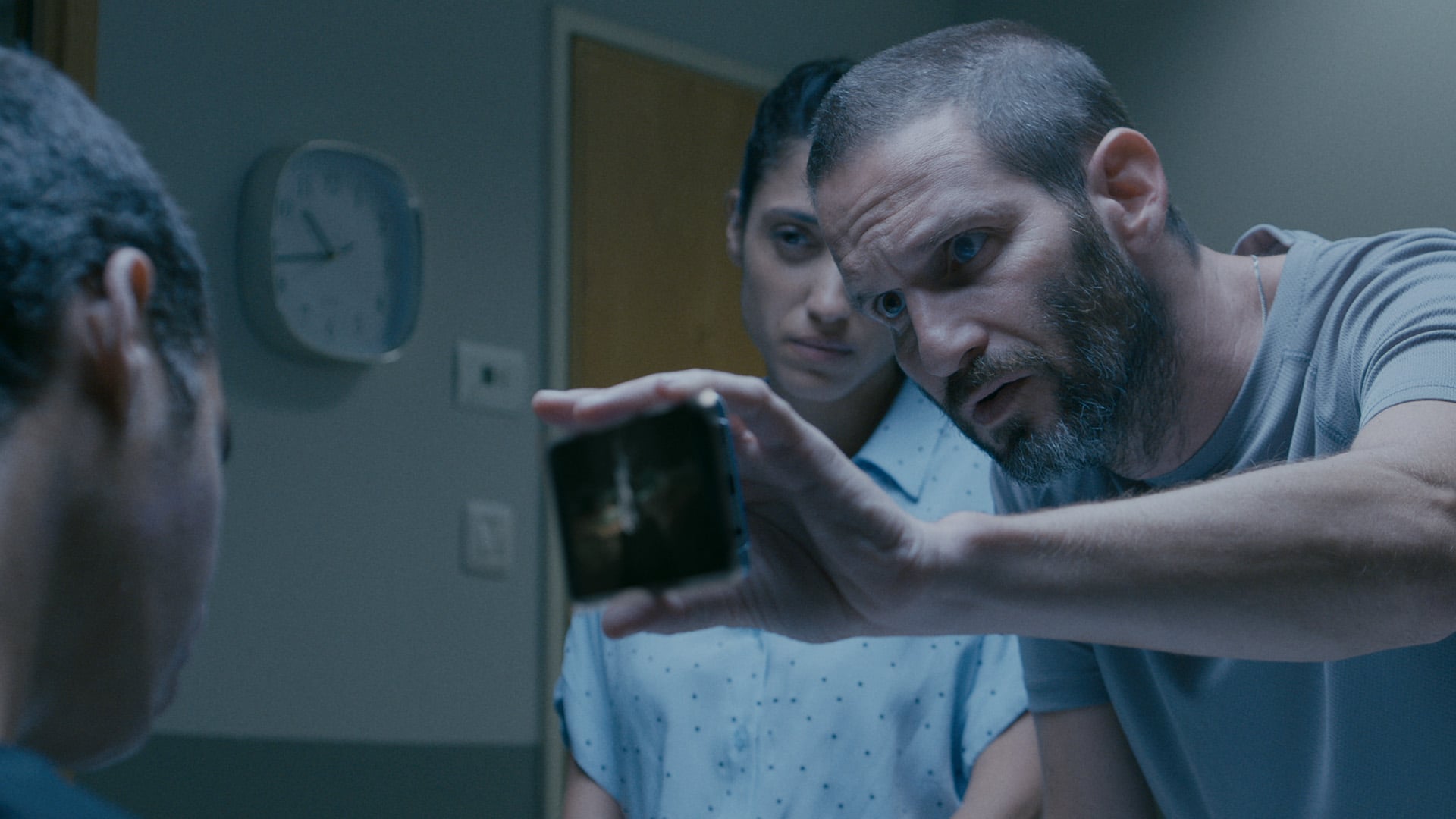 As Davidi enters the house, he encounters a masked assailant and pursues him, but the suspect gets away. However, as he opens his mask, we see the face of Eran, the son of the Mayor. From Dor’s notebook, the police find a map of the school building, and they become certain of Dor’s association with the shootings. To settle past scores, Davidi beats up Itamar’s abusive father and gives Itamar shelter in his own home. In effect, Davidi is terminated from the case. Tom is found dead in the pool. But the clock is ticking, and the killers are planning another attack.

Black Space Season 1 Ending: Who Are Dead? What Triggered The Deaths?

The school shooting incident takes four lives, those of Meirav, Yaron, Tsahi, and Dor. Towards the end, the leader of the bullying gang, Tom Tadmor, is found dead in the pool. It seems that Tom has overdosed on a drug provided to Shir by Omer. On the other hand, Eran commits suicide after the confession. When Davidi comes looking for Omer, Omer shows him the video that triggered the shooting incident.

Two years before the incident, a gay boy named Ido Lev was forced to commit suicide by other students of the school. Ido Lev snitched to Chanoch about the boys smuggling in booze in the school, and in effect, he was subjected to merciless bullying by Tom and his gang. In the video that Omer shows Davidi, Ido Lev is seen to be tied to a wall with tape. Tom attempts to burn him alive, but the others in the group dissuade him from doing it. Later, Ido Lev commits suicide, and Chanoch does everything in his power to suppress the incident despite having seen the video.

Disgusted by the injustice ingrained within the power rhetoric of the school, the assailants take up arms. Those seen in the video to be torturing Ido, i.e., Meirav, Yaron, Tsahi, and Tom, die. But the one who filmed the whole spectacle, i.e., Libby, is still alive, and the police sense that the killers are going to come after Libby next. But the final twist reveals something more sinister.

Who Are The Killers? Are They Caught?

Let us recollect the names of the killers involved in the school massacre. The four students complicit in the incident are Libby, Itamar, Dor, and Eran. The police find out that the guns used in the sabotage were printed from the 3D printer at school using Dor’s ID, and we see that Dor also kept a map of the school in his notebook, with the path of the shooters marked in it. So, he seems to be the main orchestrator of the incident. But as Dor tries to testify to the authorities, Eran kills him.

As Eran had a friend and lover in Ido, Ido’s death understandably has a grave impact on Eran. So, his involvement is also justified. The final moments reveal that the other two members of the unicorn gang are Libby and Itamar. Itamar is abused by his father and bullied by the other students, so he is made to feel powerless. His act is more ideologically driven as he feels that those who are in power are keen on misusing it, and therefore, he takes up arms to presumably “change the world.” Amidst an abusive family and a complicated relationship, Itamar somehow turns out to be an optimist, and he hands himself over to the police.

Libby’s case, however, is much more complicated. Once complicit in the bullying of Ido Lev, Libby is currently driven by guilt. She tries to run away from her guilt and blames it on Chanoch. Throughout the season, we see Libby as a lost and troubled teenager who claims to be a “mess,” and in the finality of the moments, Libby flees from the scene. Libby seemingly has no ideology, and she is driven by her erratic predisposition.