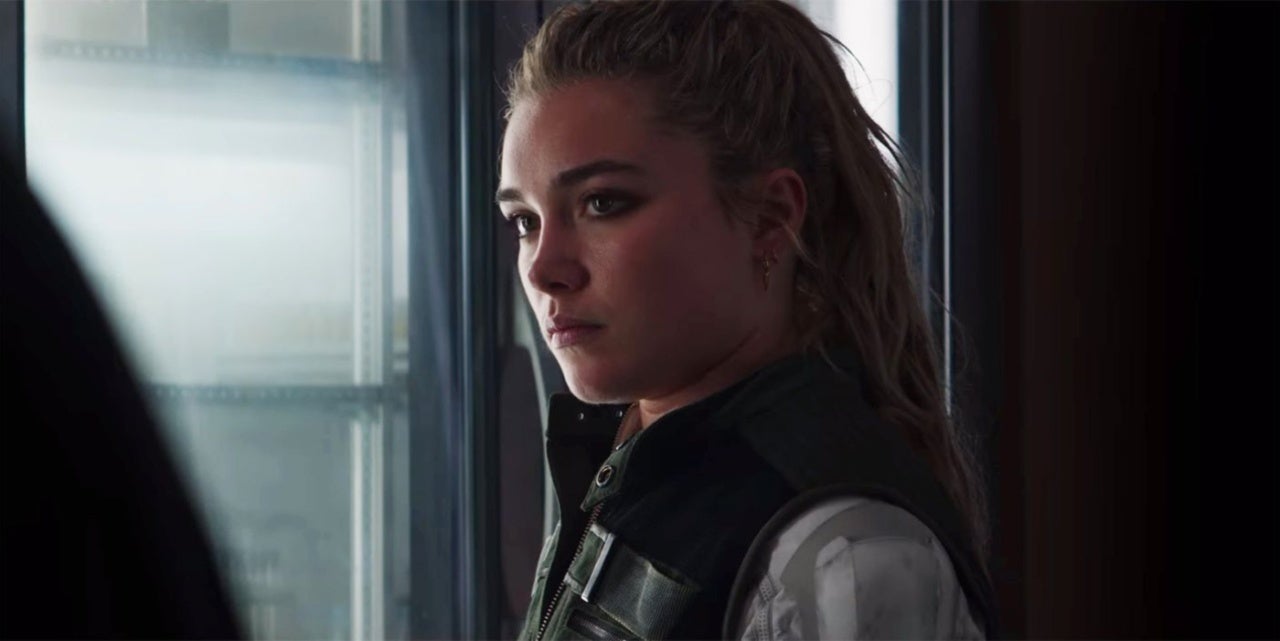 Marvel’s Black Widow movie finally made its way into the world earlier this month, and the ramifications of the solo film are still being felt across the franchise. In addition to adding a pivotal story for Natasha Romanoff/Black Widow (Scarlett Johansson), the film introduced an array of new supporting characters, many of whom have already become bonafide fan-favorites. Among them is Yelena Belova (Florence Pugh), a fellow Red Room agent who Natasha sees as a sister. Given the fact that Black Widow is set between Captain America: Civil War and Avengers: Infinity War — and the post-credits scene involving Yelena takes place years later following Avengers: Endgame — many have wondered exactly where her story went in that span of time. According to Marvel Studios president Kevin Feige, we’ll eventually get our answer. During a recent Twitter watch party of Black Widow, Feige took to Twitter to tease we “will find out” whether or not Yelena survived Thanos’ snap in Avengers: Infinity War, but not right now.

You will find out, but not on this Twitter thread. -KF #BlackWidowWatchParty https://t.co/TZxKX0Gws5

This certainly seems to hint that Yelena’s upcoming appearance in Marvel’s Hawkeye, which was reported long before Pugh’s debut in Black Widow hit theaters. While we don’t know the full extent of how Yelena will factor into that Disney+ series, the fact that it is definitively set post-Endgame could definitely lead to a line of dialogue about it. Black Widow’s post-credits scene — which saw Yelena working for Countess Valentina Allegra de Fontaine (Julia Louis-Dreyfuss) in some capacity — also could indicate that Yelena took on a new line of work during those five years of The Blip.

“I am saying it very honestly, it certainly didn’t feel like a passing of the torch kind of film when we were making it,” Pugh previously said of Black Widow. “And I think the direction and the feeling and the vibe behind it was genuinely just trying to make this complicated and painful story. And do it justice because a lot of fans have been waiting for her film. And also a lot of people I think will appreciate this story.”

Black Widow is now available in theaters and exclusively on Disney+ Premier Access. If you haven’t signed up for Disney+ yet, you can try it out here.