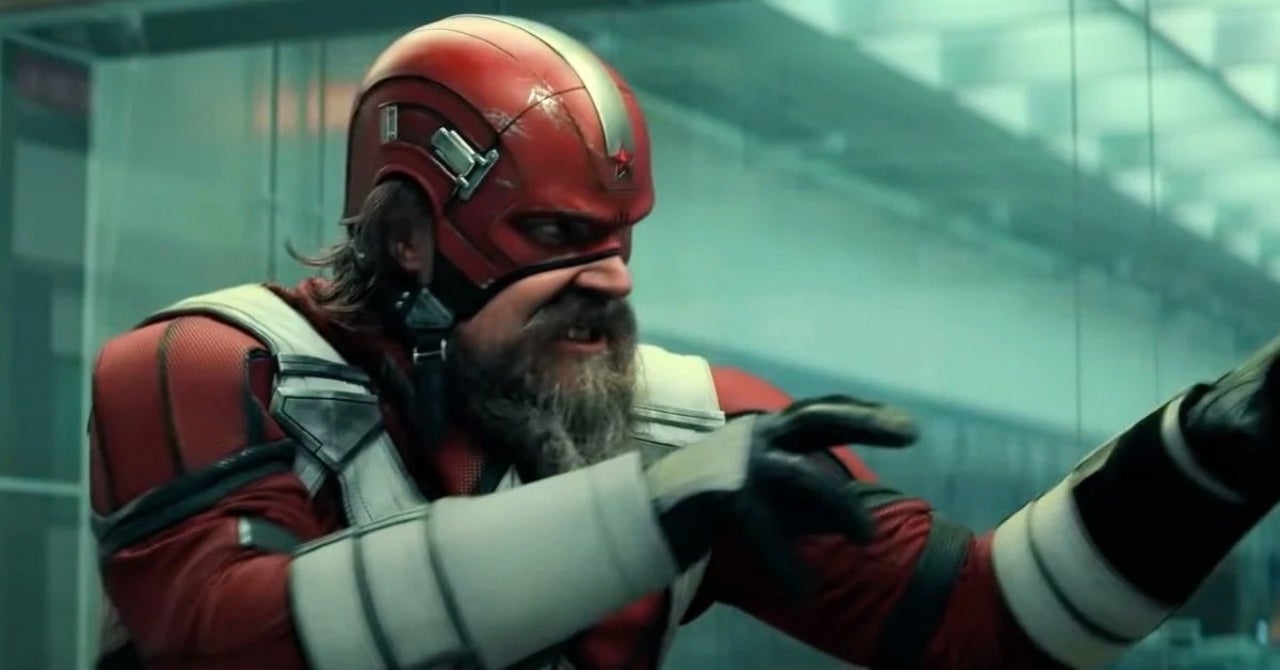 Everybody wants to see the return of Red Guardian at some point in the near future of the Marvel Cinematic Universe. David Harbour’s gone on record to say he’s chomping at the bit to return of the Russian super-soldier, and now Kevin Feige is even getting in on the action. During a watch party the Marvel Studios boss held with fans on Twitter Monday night, he revealed he’d welcome Harbour’s Red Guardian back with open arms. Better yet, he even teased a potential showdown between him and Captain America (Anthony Mackie).

“I certainly want too [sic],” Feige tweeted when asked if fans will ever see the return of the character. In a follow-up tweet, Feige revealed he’d love to see a fight between Red Guardian and Sam Wilson (Mackie).

Red Guardian jokes about fighting Captain America on-screen in Black Widow, and Harbour said earlier this month that’s a storyline he’d like to pursue should Marvel Studios allow it.

“They don’t let you say these things. I would love for there to be more Red Guardian, and I would love for you guys to love for there to be more Red Guardian because that always helps the cause,” Harbour previously Variety about his MCU future. “I love the character, there’s so many things you could do with him. There’s this gap of 25 years where we don’t know who was he, what is his version of events as opposed to the actual version of events?”

He added, “What happens to him after this movie, and why isn’t he fighting Thanos? Where is he in that time, what happens then? And then post that, when [Natasha] dies, what happens then? It’s very interesting to me and I hope that there is interest on other levels, and maybe we’ll see some more.”