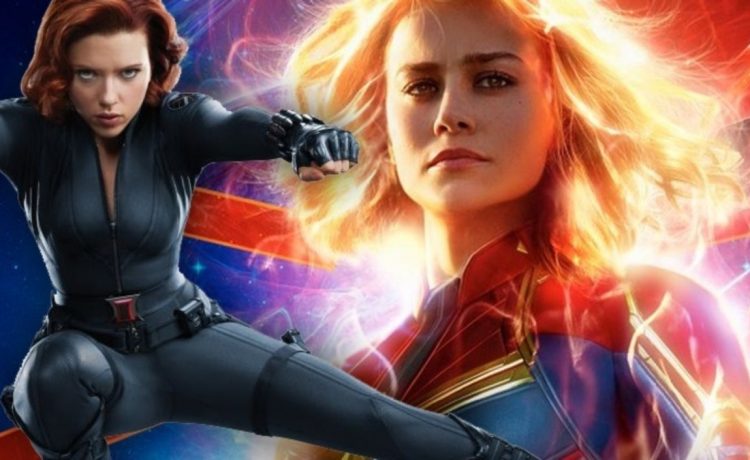 Eric Pearson is a writer known for working with Marvel Studios with his name attached to big projects like Agent Carter and Thor: Ragnarok. Pearson’s latest screenwriting credit is for Black Widow, the first MCU movie to hit theatres in two years thanks to the pandemic. Recently, ComicBook.com’s Phase Zero podcast had the chance to chat with Pearson, and he shared lots of interesting behind-the-scenes information about the new movie. During the interview, Pearson also revealed that he once wrote a Captain Marvel script that was completely different from the 2019 film starring Brie Larson.

“I had a Captain Marvel screenplay that I wrote in the Marvel Writers Program that is 100% different than the version that that came out. But I remember a few years ago, I found a box of stuff and there was a couple of drafts of that, and I was like, ‘I probably got to shred these,’ or ‘Is it okay?’ And then I was thinking, ‘What if someone found this?’ There’s just a lot of stuff out there. Sometimes people might find the exact right page that didn’t get shredded or fell out of a, I don’t know-,” Pearson shared. “Yeah, there was no Thanos. There was no… I’m trying to think of what the villain was. I mean, it was Supreme Intelligence in some sort, but no, it was 100% different.”

Pearson may not have gotten to tackle Captain Marvel, but the character is getting a sequel titled The Marvels from director Nia DaCosta (Candyman). In addition to the return of Larson as Carol Danvers, the movie will also feature Iman Vellani as Kamala Khan/Ms. Marvel and Teyonah Parris as Monica Rambeau/Spectrum.

“It’s amazing. I’m so excited that it’s announced and I can talk about,” Larson previously said of The Marvels. “Nia’s amazing and she got the job because she was the best person for the job. That’s one of my favorite parts about this. She just gave an incredible presentation and I’m inspired by her! She has confidence, it’s a big deal to step into this thing we know as the Marvel Universe. It’s this huge thing and to have a leader who’s just like, ‘Yeah, I’m meant to be here.'”

The Marvels is currently set to be released on November 11, 20220. Black Widow is now in theaters and streaming on Disney+ Premier Access. If you haven’t signed up for Disney+ yet, you can try it out here.

Share on FacebookShare on TwitterShare on PinterestShare on LinkedIn Share on TumblrShare on RedditShare on VKontakte
adminJuly 16, 2021