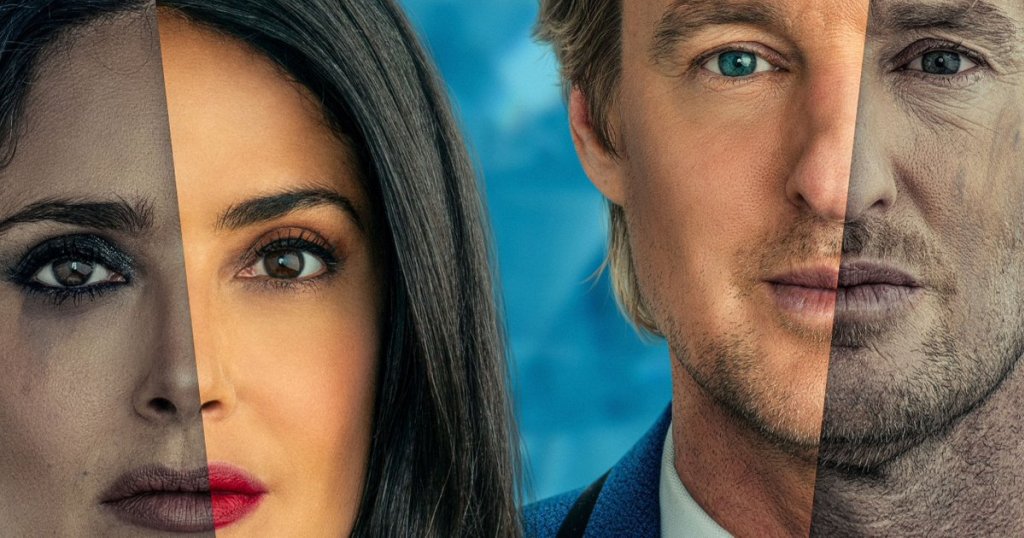 Bliss Ending, Explained | Movie Plot Synopsis | What Are the Crystals The mind-bending concept of Bliss poses certain conjectures that merit an informed discussion

Bliss’ is a science fiction drama that’s written and directed by Mike Cahill. The film follows a man whose life seems like it’s down in the dumps until he finds out that his sad reality is not real at all but a simulation he can control. The woman who brings him this realization is a beautiful telekinetic enigma who takes him on a freaky ride, exploring the limits of perception together through a newfound power of bending reality. The mind-boggling and rather convoluted concept of ‘Bliss’ poses certain conjectures that merit an informed discussion. SPOILERS AHEAD.

Greg Wittle (Owen Wilson) works in a call center named Technical Difficulties. He is not invested in his job and spends his time drawing sketches of distant places and figures that seem to be a figment of his imagination. Greg’s boss calls him for a meeting, and he tries to lay it off. Eventually, his boss fires him, and in a bizarre accident, Greg ends up killing him. He hides the body and strays to a bar where he meets Isabel (Salma Hayek), who seems like the lady in his drawings, but is shrouded in a free-spirited persona. 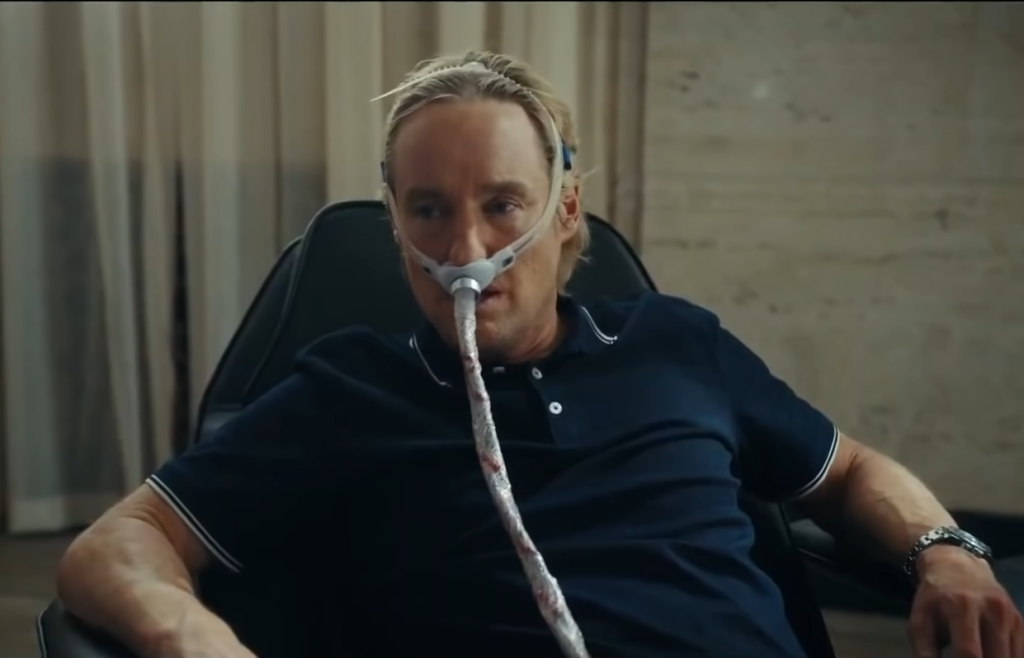 Isabel tells Greg that the world they live in is actually a simulation and the people around them are fake. Greg is visibly confused, but the idea of having a care-free disposition draws him closer to Isabel. The two consume yellow crystals, a kind of drug that grants them the power to bend the laws of physics and reshape reality. Buoyed by their new power, Greg and Isabel embark on a whimsical journey where they bench the strains and stresses of life and try to understand the meaning of existence.

As the simulation draws to a heady moment with Greg and his daughter’s confrontation, Isabel picks up some blue crystals that can transport them to a blissful reality. They are short on the required number of crystals but still go ahead with their plan. As soon as Greg takes in the crystals through a strange metal device, he is transported to a laboratory where he is connected to a thought visualizer. Isabel and Greg are scientists in this reality who experiment with simulations that help them acknowledge their privileges by exploring difficult realities.

Bliss Ending: Which is The Real World?

As Greg is transported to the reality that resembles the world from his drawings, he realizes that he has a privileged position. He is apparently a scientist, and so is Isabel, who actually devised the thought visualizer. Greg and Isabel spend some time in the pristine world, enjoying their bliss. They interact with wealthy people at parties, even meet a holographic Slavoj Zizek, the famous philosopher. 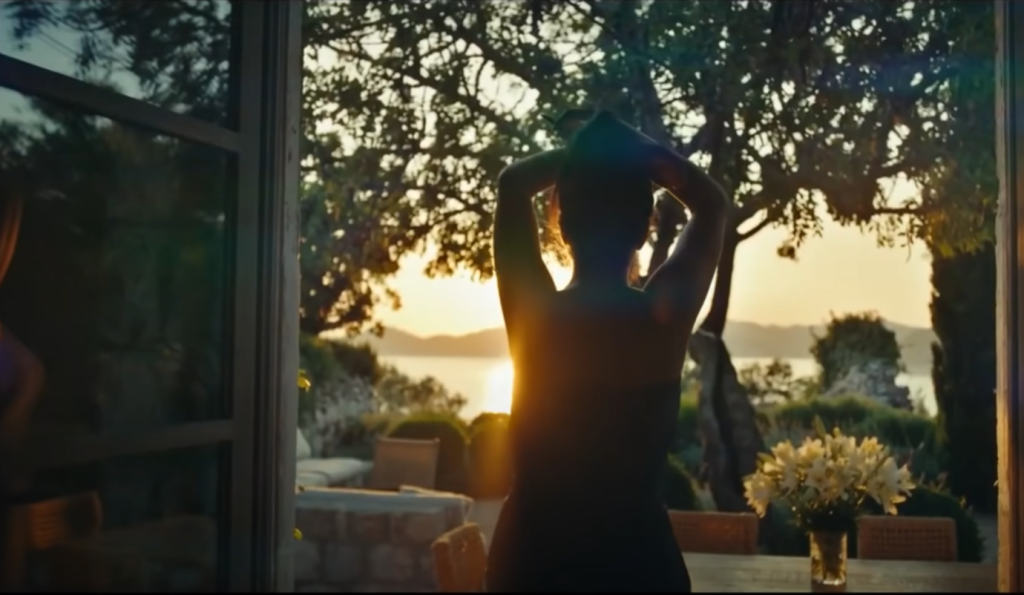 Unfortunately, their paradisical life is hampered by a glitch in their reality, and they resort to the yellow crystals to evade the dissonance. In a scurried attempt to escape, Isabel and Greg consume the blue crystals and get transported back to the ragged streets of Los Angeles. The stark differences between the two realities depict the class conflict wrapped as a social commentary in the film. The idea behind the brain box is to experience different realities that can provide varied social situations.

The dissonant realities are perhaps an allegory to Greg’s desire to escape his mundane routine and reach a semblance of bliss. His drawings point out this fact and imply that he is looking for an escape. In her street prophet avatar, Isabel helps Greg appreciate the things that he has and, most importantly, Greg’s relationship with his daughter. In the end, Greg winds up in a rehabilitation center where he acknowledges his daughter’s presence.

A different theory to analyze the real conundrum is that Greg might have schizophrenia, and he desperately wants to change his worldview. He gets increasingly detached and tries to find a way out of the difficulties in his life. ‘Bliss’ forces us to empathize with his character, and by using the backdrop of social inequality, tries to portray the perennial desire to escape to a world that is free from difficulties. Maybe, the world of Los Angeles is real, and Greg finally comes to terms with it through his final confession.

What Are the Crystals?

Two kinds of crystals appear throughout the film – yellow, which grants the power to bend reality, and blue, which transports a person to a different reality. The crystals draw a parallel to Greg’s consumption of prescription drugs, as in the opening scene, he negotiates with the pharmacy to allow him a refill. Greg is introduced to the crystals by Isabel, and they consume them to enjoy moments of fun bordering on darkly comical violence. Even though the crystal grants certain powers, the characters heavily depend on them to navigate the conflicting realities. 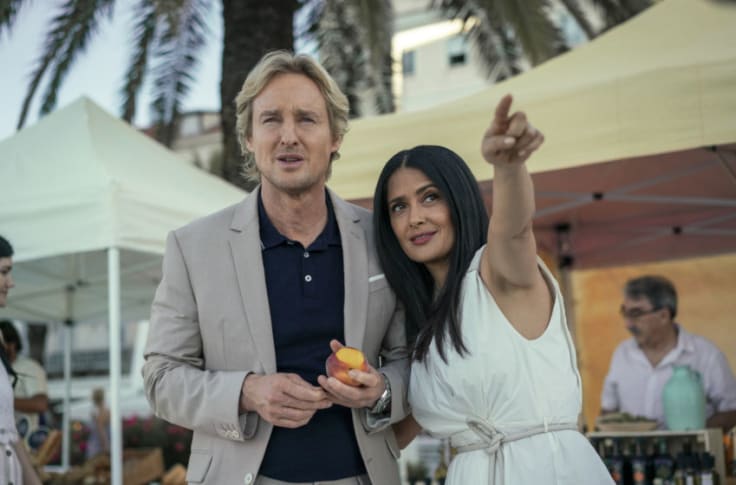 It is quite common that people consume drugs to escape their reality, which most often leads to addiction. The film combines this aspect of drug consumption and addiction by attaching overt importance to the crystals. The characters seek to escape, but their dependency on the crystals creates problems that threaten to ruin their bliss. This can be perceived as a thought-provoking commentary on the sociological aspects of drug abuse.

The film dedicates quite some time to the lower strata of society, where drugs are rampantly misused. Through its carefully crafted sci-fi narrative, ‘Bliss’ highlights some relevant issues that make it an interesting watch. Even though the narrative overlaps different realities, one cannot ignore the underlying themes that explore the limits of human consciousness. The crystals are symbolic of the pleasures of intoxication and the associated dangers when it induces a detachment from reality.