‘Bo Burnham: Inside’ is a standup special written, performed, filmed, edited, and directed by one of the most revered artists of this generation, Bo Burnham (‘Promising Young Woman‘). Despite being billed as a special because Burnham is largely associated with comedy, the act is actually like a colloidal solution made of insoluble truths about the world we live in dispersed within a liquid of artistic expression. Burnham incorporates music, lyrics, jokes, vignettes, vlogging, interviews, and many other engaging forms of artistic expression to examine a whole lot of profound questions.

Burnham created this special from within the confines of a room in his house amidst a global pandemic. The eerily hilarious and gravely depressing special has left viewers in absolute awe of the performer. However, because Burnham tackles a multitude of topics in this special, by the time the 87 minutes long special reaches its end, viewers are left dumbfounded with many of its elements. If you are looking for an explanation about these intrepid elements, allow us to help you out with some of our insights. SPOILERS AHEAD!

In ‘Bo Burnham: Inside,’ Burnham starts with a satirical song about content creation. He then questions whether it is right to joke in a time of immense despair as the world is facing unprecedented times because of the global pandemic. Next, he begins to work on his new special while being stuck inside his house during the pandemic. As the special progresses, Burnham parodies various real-world issues such as the social and moral responsibility of corporate entities, unpaid internships, the need for individuals voicing their opinions, sexting, and many more in the form of songs and sketches. 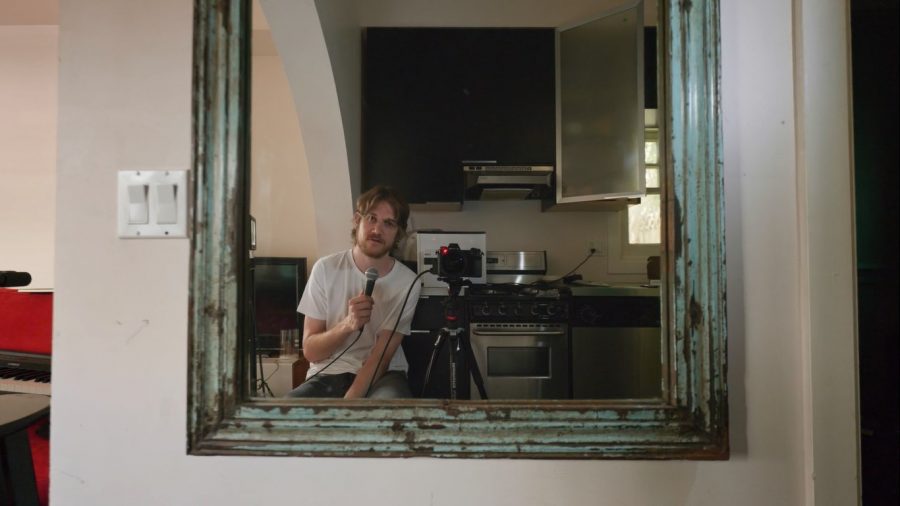 Burnham also comments on his past behavior and looks back at the beginning of his career. He also reflects on the internet-reliant generation of the modern age. All the while, Burnham’s self-awareness begins to crack the facade of his performance, and he begins to break character. The special gives the audience an intimate “inside” look at Burnham’s mind and how he finds various aspects of his profession jarring.

Bo Burnham: Inside Ending: Why Is Bo Burnham Feeling Trapped?

Towards the special’s end, Burnham finally confronts himself and addresses his emotional and mental distress while performing a stand-up piece for an audio track of a live audience. He explains that during the tour of his previous special titled ‘Make Happy,’ he began to experience severe panic attacks while on stage. As a result, he quit live performances. However, in January of 2020, he decided to make a comeback, but shortly afterward, the pandemic hit. 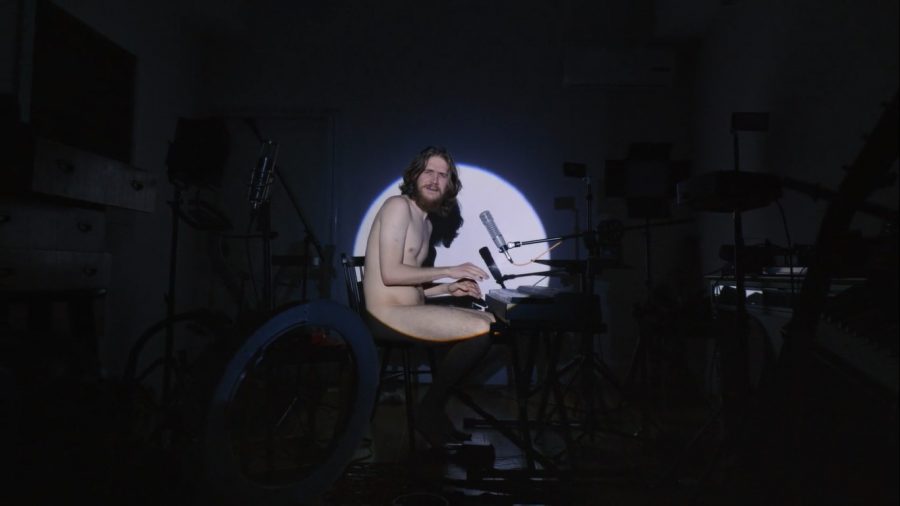 Burnham performs a song titled “Goodbye” that reflects on his life juxtaposed against footage of Burnham working on the special, spending hours setting up the lighting, cameras, and composing the music. He then leaves the room to be greeted by an unseen audience. However, when he tries to go back inside, he realizes he is locked outside.

Throughout the special, when Burnham breaks the character of the intelligent performer delivering meta-commentary on the world, he struggles to speak about his emotional struggles and depression. This, combined with the responsibility of making others laugh that is satirized as a need to “heal the world” through comedy, seems to be at the root of Burnham’s distress. These feelings make Burnham feel trapped inside the performer.

At the same time, Burnham takes the pandemic as a personal attack. Just as he dealt with his internal issues and was ready to face the world, the pandemic hit, affecting Burnham’s plans, and his feelings add a touch of relatability to the material. Burnham also questions whether he has been using the pandemic as an excuse to hide from the outside world. Therefore, Burnham also feels trapped in a literal sense because of the current world circumstances. 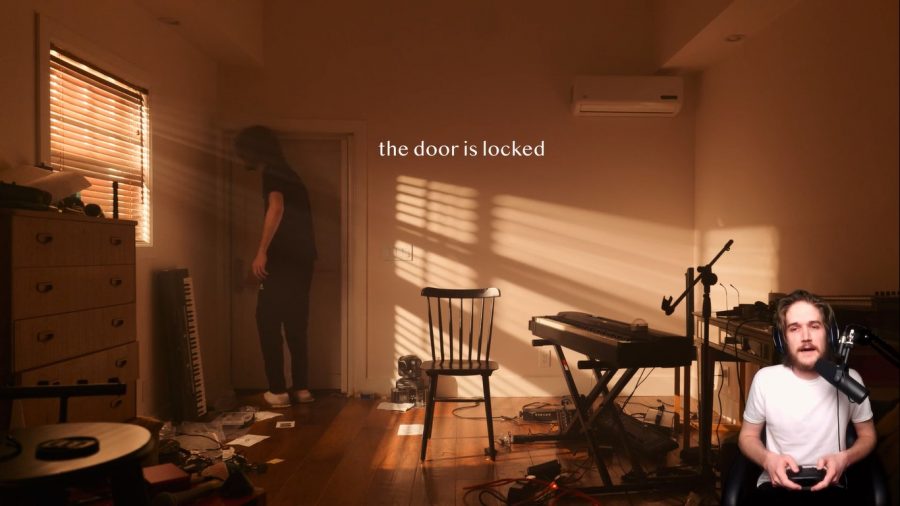 When he does step outside again, he comes to the conclusion that no matter how much he tries to dissociate himself from the public eye, his experiences will ultimately shape his art, and they will be revealed to the outside world when he tries to showcase his work. The Burnham inside the footage we see Burnham watching at the end is desperately trying to go back inside.

However, the knowing smile Burnham gives while watching the footage and the fact that we are watching this special hints that Burnham has come to terms with these feelings. At the end of his previous special, Burnham also walks outside the same room after singing a song that asks his audience whether his work made them happy. The ending of ‘Bo Burnham: Inside’ visually connects the two specials and lends credence to the aforementioned interpretation.

How Does Bo Burnham Feel about His Own Work?

From the get-go, it is clear that the special showcases Burnham’s self-awareness. At various points in the special, Burnham is seen watching himself perform. He talks to the audience while filming himself through the mirror. He also watches old footage of his early YouTube video that started his meteoric rise as an artist. He is also seen reviewing the footage he has shot for the special at various points. This proves that Burnham is the performer as well as the viewer. It can be interpreted as Burnham constantly micro-analyzing his own work. 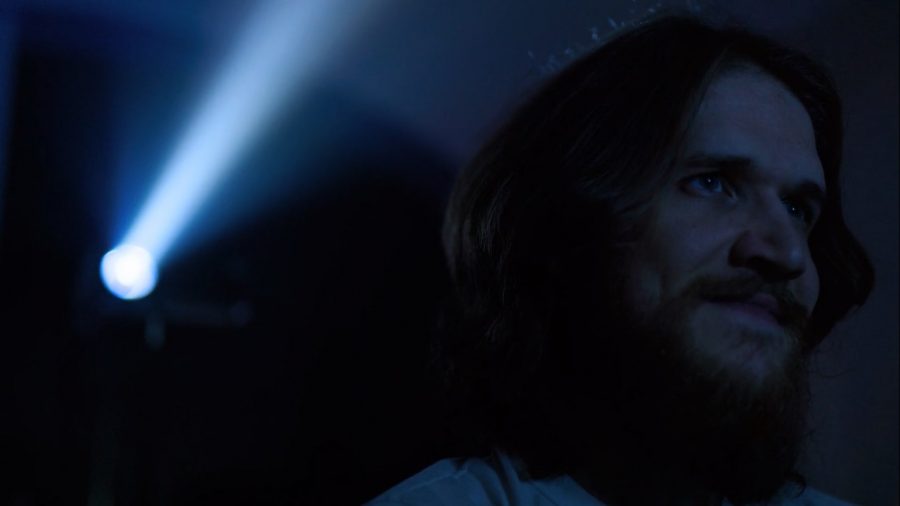 Burnham’s intelligent and poignant social commentary has defined his career, and this constant need to show his intelligence through his work likely took a toll on the performer. However, the special reminds us that Burnham is very much like the rest of us. Sometimes he is rattled by the socio-political issues of our world and sometimes he is overwhelmed by his inability to bring about a positive change. Finally, he finds comfort in the fact that the world is soon going to end. Above all, Burnham is merely a human seeking validation.

In many ways, the special examines how the image Burnham’s fans and viewers project onto him contributes to his anxieties as a performer. It also underlines the difficulties he faces because he is his own worst critic by constantly reminding us of Burnham’s self-awareness. In the end, Burnham smiles, watching the footage of his work. This can be seen as Burnham acknowledging that he has impressed himself with his work and finding self-validation.

Is it All Just a Performance?

Throughout the special, we see Burnham dealing with his emotional problems in front of the camera. In one scene, where he updates the viewers about how long he has been working on the special, Burnham breaks down and finally confesses to not being well. Later, he also explains the reasons behind his anxiety. Performers like Burnham often carry an on-stage persona, and their performances are mere enactments. However, given the unconventional nature of the special, it becomes hard to determine whether Burnham is re-enacting his emotional distress in front of the camera or is he actually in severe emotional and mental turmoil during these scenes. 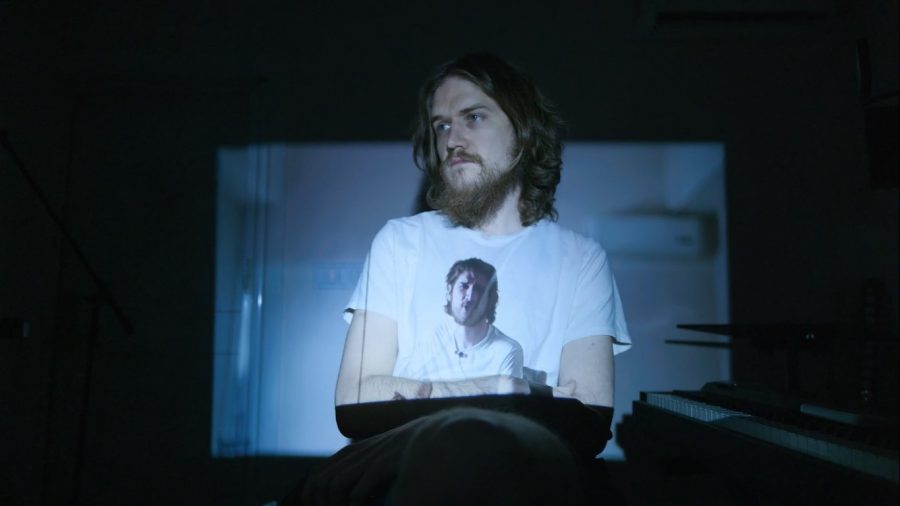 At the start, Burnham sings about how if you call him with a problem, he’ll tell you a joke. The song titled ‘Comedy’ is meant as satire to insinuate that he can’t solve real problems with his jokes. In the end, Burnham revisits these lyrics and appeals to the audience to call him up and tell him a joke. This moment delivers a sinister realization that makes us wonder whether the entire special is a cry for help from Burnham. For most of the special, Burnham is reminiscent of a messianic figure, but in the end, he turns into a vulnerable human who himself needs help.

Burnham’s feelings and struggles make us wonder if calling ‘Bo Burnham: Inside’ a masterpiece, without understanding its true intentions, would be an insult to the performer. Then again, our interpretation might not always match the artists’ intent, which in this case would mean ignoring Burnham’s plea by dumbfoundedly praising his performance. Ultimately, we are all just humans endlessly trapped in a constant need for validation, and Burnham is no different (or is he?) Nevertheless, it is a compelling argument that will drive viewers to keep analyzing this weird anomaly disguised as an entertainment piece.