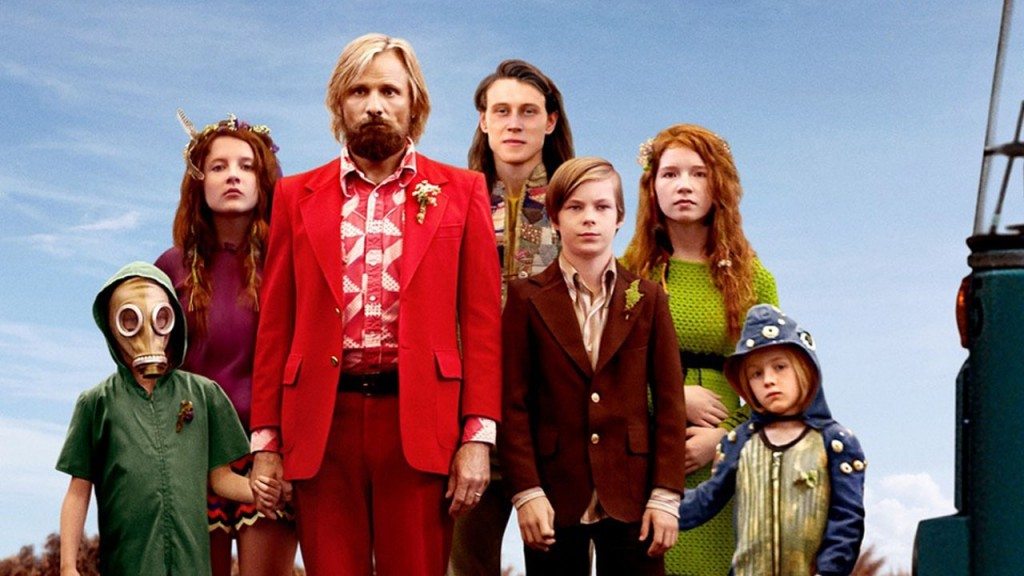 ‘Captain Fantastic’ is an interesting response to the rapidly rising consumer culture and effects of capitalism. Through its fantastic storytelling, the film creates an atmosphere that critically examines the issues of education, societal norms, and the over-dependence on technical developments. Ben Cash is a father of six children who raises them in the verdant wilderness – a life that supposedly protects his kids from the machinations of modernity.

A personal loss forces the family to interact with the outer world, and the children are caught in the dissonance of a new lifestyle. Ben’s acceptance of his follies allows the viewers to question their own justifications and perhaps try to assimilate such understanding in their own lives. Written and directed by Matt Ross, ‘Captain Fantastic’ is a poignant tale that is a somber reflection on the association of human beings and the society they have created. Let us have an informed look at the film’s nuances. 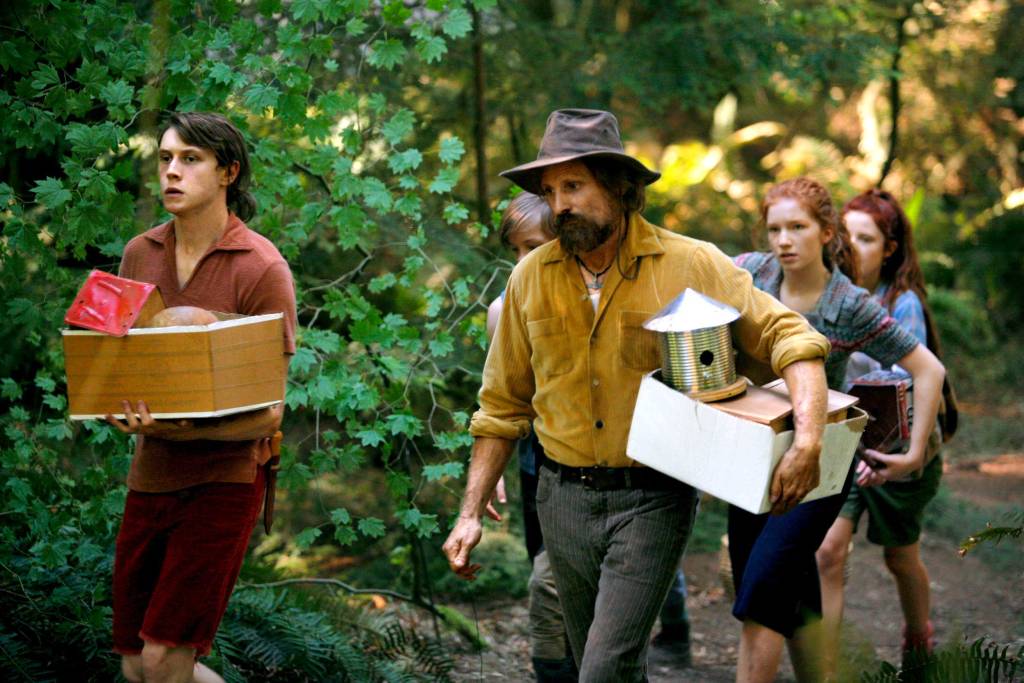 Ben Cash (Viggo Mortensen) and his wife Leslie live in the wilderness of Washington. They are erstwhile left-wing activists who decide to raise their children away from the capitalist society. Their six children are trained in survival skills, physical fitness, and critical thinking. They are home-schooled and are taught the concepts of science, liberal arts, and philosophy. The family celebrates Noam Chomsky Day instead of celebrating Christmas.

Unfortunately, Leslie has bipolar disorder and eventually commits suicide. Leslie is to be accorded a religious burial instead of a cremation that she wished for. Ben takes his kids along on a road trip to their mother’s funeral against Jack’s (Leslie’s father) wishes. On their way, they make a pit stop at the home of Ben’s sister, Harper.

Ben’s children are in for a cultural shock as they are alien to the comforts of a traditional upbringing. Harper and Ben have arguments over his choice to raise his children his way. Ben tries to prove that his children are better educated even if they are not accorded proper schooling. He believes that the capitalist society creates robotic individuals without any proper skills.

When the family arrives at Leslie’s funeral, the confrontation between Jack and Ben turns ugly. Jack threatens to take custody of the children, which leaves Ben in a tricky spot. Moreover, his sons, Rellian and Bodevan, revolt against Ben’s parenting as they are not equipped to deal with modern life. Ben decides to let his children stay with their grandparents. Although, the children feel differently and venture to fulfill their mother’s wish. In doing so, the family does get back together but in new surroundings.

Captain Fantastic Ending: Why Does the Cash Family Accept the Modern Lifestyle?

Captain Fantastic Ending: Why Does the Cash Family Accept the Modern Lifestyle

Ben and Leslie create a line of flight from the contemporary world. They move out to the lap of nature to raise their children with alternate values and upbringing. The children are well versed with literary works and also develop a political inclination from a tender age. It feels as if the parents take pride in their decision as they have genuinely experimented with their ideologies.

However, during their road trip, the children face the real world, which becomes a dissonant reality for them. Their upbringing seems to lack the knowledge of adapting to environments radically different from their own experiences. The dystopian dimensions of their utopia come out in the open when they visit their aunt’s home.

Even though the children are raised to question the happenings around them, Ben maintains his strict authority despite having a soft disposition. When he faces disapproval from his sons, he accepts that his decision has impacted the children’s thought processes. Ben gives in to Jack’s demand for his children’s custody because he perhaps believes that it is time for them to face the real world. However hard one tries to stay away from modernity, it surely catches up.

The children, though, because of their love for Ben, decide to get back to him. The final reconciliation depicts a change of heart for Ben as he settles down on a farm. He tries to protect his children from the vagaries of capitalism but concludes that evasion is not the correct option. Ben establishes a balance between the wilderness and modernity by compromising between the two distinct world views. In essence, the choice to settle in the modern world is a perfect denouement that completes this heart-warming tale.

How Does Leslie’s Death Affect the Relationship of Ben and His Children? 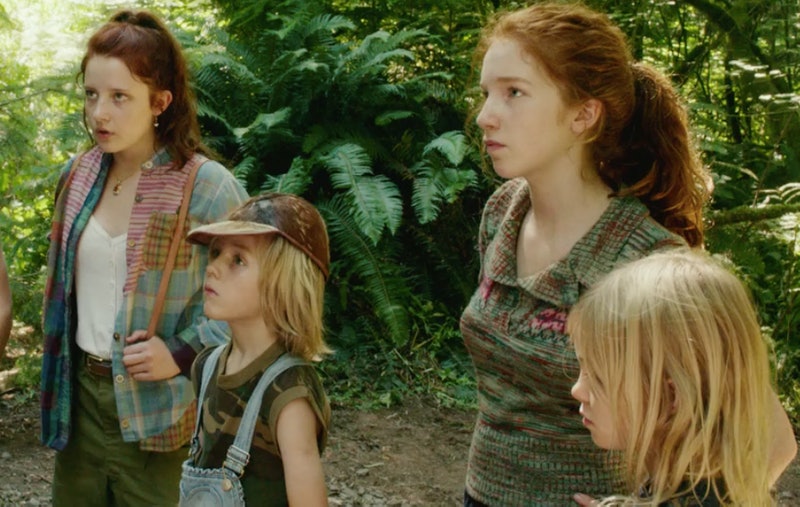 Leslie’s bipolar disorder and her eventual suicide create a ripple effect in Ben and his children’s relation. Ben bluntly puts out the heart-breaking truth to the children – a disingenuous way to protect his children from its repercussions. The family is dejected but undertakes the road trip to fulfill Leslie’s wish to be cremated.

The presence of the children’s grandfather is a marker of the comforts of the modern lifestyle. Rellian is the first one to let his guard down and blames Ben for his mother’s condition. In this regard, it is unclear whether Leslie’s condition was neurological or induced from their life in the wilderness. Ben is forced to consider this situation that raises concern regarding his parenting.

Moreover, Bodevan can’t socialize with his female counterparts and even reads, in isolation, the acceptance letters from Ivy League colleges that his mother had helped him to apply to. All these developments make him question his father’s perspective. Perhaps, he realizes that the pursuit of an alternate life can only lead to a totalitarian dystopia. It is hard to assume that the consumer culture will devour the children if they live in contemporary society. With such branched thoughts corroborated by the ongoing situation, they are forced to choose between their father and a life of affluence.

To Ben’s credit, he always wants the best for his children. Though his ways might seem a bit harsh, as exemplified by his insistence to let his son continue his task with a broken wrist, he is absolutely honest with his children. Moreover, the advice he gives to Bodevan regarding the treatment of women, especially in a physical relationship, is one of the most poignant moments of the film. Leslie’s death forms fissures in Ben’s relationship with his children, but in the end, his love and respect bring him closer to his offsprings. Even in the light of a devastating tragedy, Ben reconciles with his children in the modern world.