Chanin Starbuck Murder: Where is Her Husband Clay Starbuck Now? 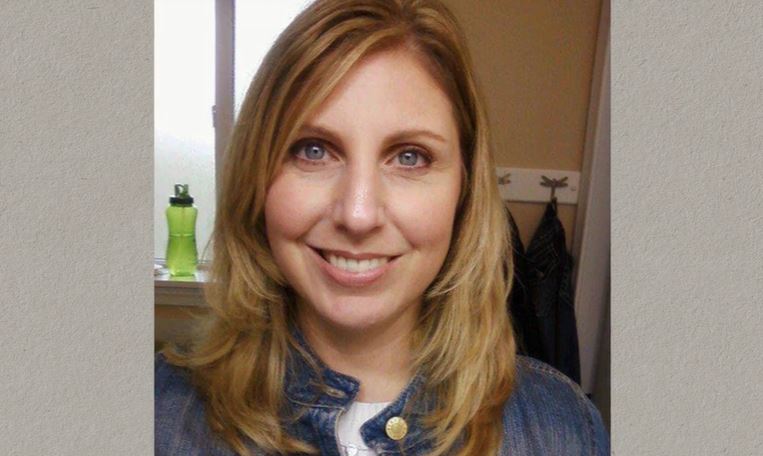 Investigation Discovery’s ‘A Time to Kill: She Called 911′ probes the death of Chanin Starbuck in Deer Park, Washington. The 42-year-old mother of five was found dead inside her bedroom in December 2011. The shock of her death was only surpassed by how she was found by the police. Through the episode, the viewers learn how the investigators worked towards establishing what happened during her final hours and eventually cracked the case. So, let’s find out more about what happened then, shall we?

How Did Chanin Starbuck Die?

Chanin Denice Starbuck was born in Indiana before finishing high school in Florida. She later got an associate degree in Art Therapy as well. Chanin was married to Clay Starbuck. The couple had initially married in 1990 but divorced in 2000. They got back together and eventually remarried in 2006. They had five children together, and their second marriage ended in July 2011. At the time, the three youngest children were staying with Chanin. She had just begun to get her life back together and had completed a dental assistant program. 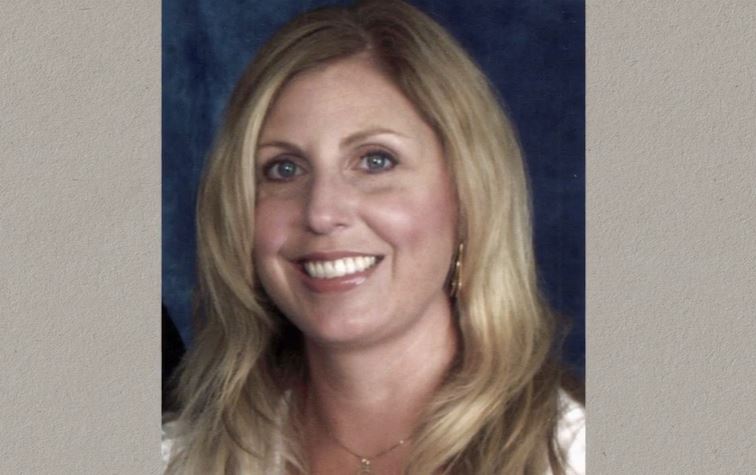 On December 2, 2011, Clay had asked the police to conduct a welfare check on her home. When they couldn’t find any signs of forced entry or anything else suspicious, they chose to leave. The next day, a friend called the police saying that she had not heard from Chanin for a few days, which was highly unusual. So this time around, the police went in only to find her dead in the master bedroom. She was found lying face-up on the bed, and she was beaten from head to toe.

The medical examiner had confirmed that some of her injuries were possibly caused by the use of a stun gun, and there were others that pointed towards her being moved. The cause of death was asphyxia due to the compression of the neck, meaning she had been strangled. What stood out was the fact that her body was posed in a sexually suggestive manner after her death. There were sex toys found on the scene and a massager placed on her pubic section under her hands.

Initial investigation revealed that Chanin had been in contact with some men she had met through online dating websites. But they were ruled out after their alibis were verified. Naturally, the police questioned her ex-husband Clay. He was initially cooperative with the investigators and told them about his last contact with Chanin. According to him, he was to take the kids to school on December 1, but his car had broken down, leading him to ask Chanin to drop them off. He said that he texted her at around 8 AM regarding that before going back home to sleep. Clay later came back for the car at around 11 AM. 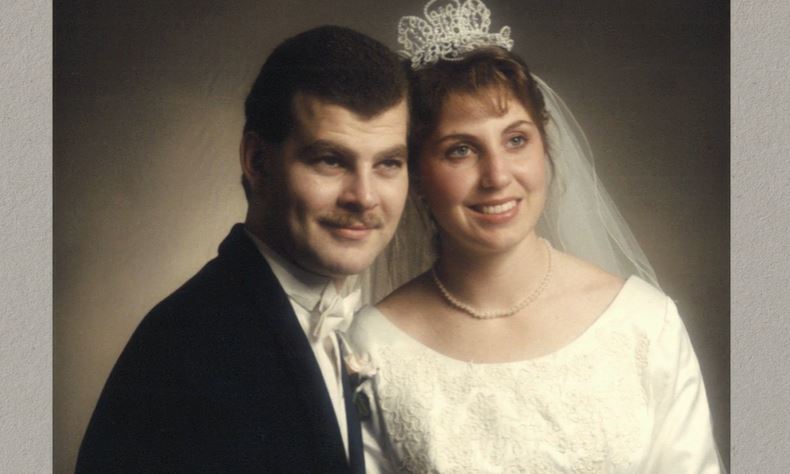 Clay told the police that his phone had run out of charge in the meantime and he had missed text messages. He turned his phone on at around 3:37 PM and had a text from Chanin at 3:17 PM asking him to pick up the children from school. Chanin had not attended her son’s basketball game later that evening either. So Clay had made the call to the police on December 2. Clay’s phone records seemed to corroborate the information, so they believed that she possibly was killed sometime after 3:17 PM on December 1.

But once they looked at Chanin’s phone records, they discovered a 911 call that was made. It was at around 9:17 AM on December 1, and it recorded a grunt of a female followed by some rustling noise which the police believed to have been the time she was killed. Investigation into the couple’s past also revealed that Clay had owed her quite a bit of money in child support. A local member of the church had also claimed that Chanin feared her ex-husband would hurt her. The same person also claimed that Clay told him he thought Chanin was cheating on him, and he had installed a spyware program on her computer to know what she was up to. 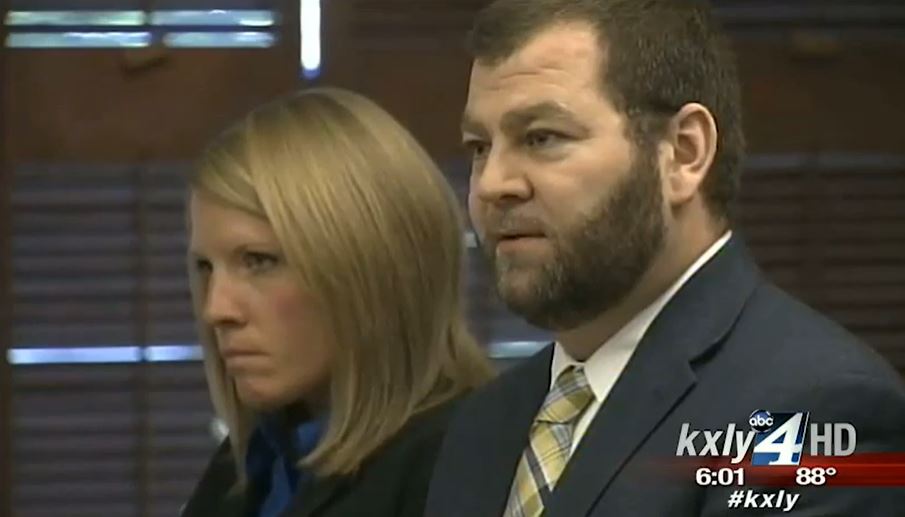 Chanin had also obtained a protective order against Clay previously. DNA evidence collected from under Chanin’s fingernails and from her face and neck matched a male Starbuck. There was also other unidentified DNA. The two oldest sons were ruled out because they had verifiable alibis, which left Clay as the potential killer. Clay stood trial for Chanin’s murder in 2013.

The investigators believed that Clay had lured Chanin out of her house under the pretext of dropping the kids off while he broke in and waited for her to come back, killing her when she did. He then sent text messages to himself and the other men whom she had been in contact with, posing as her. The prosecution claimed that Clay killed her because he was jealous and made it look like it was done by one of the men she had been seeing.

Where is Clay Starbuck Now?

In June 2013, Clay was found guilty of aggravated first-degree murder and sexually violating human remains. The jury deliberation went on for about two days before the verdict was handed down. He received a life term without the possibility of parole for the murder and an additional 12 months for the violation of human remains. 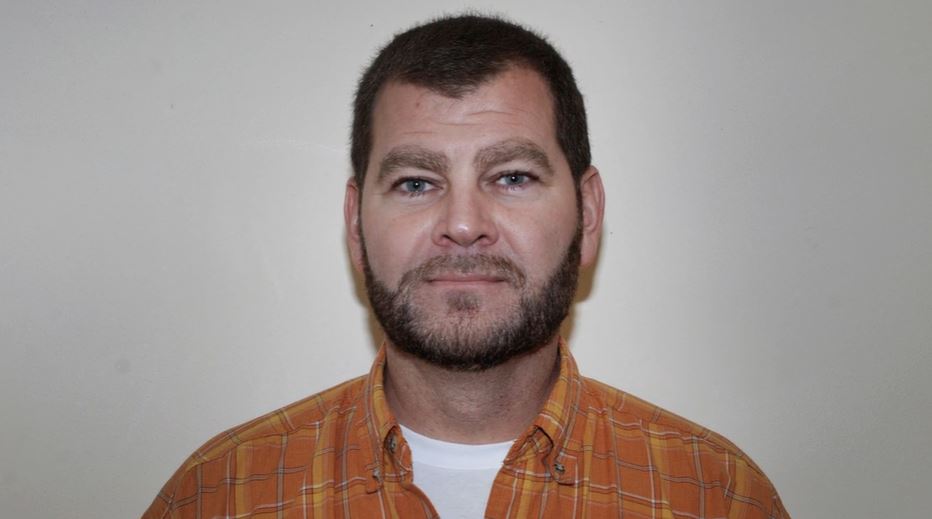 Chanin’s family felt that the person responsible was going to be put behind bars. Her brother Steve said, “I never thought this day was going to come. I’m just glad that justice has finally been served for my sister. She can finally rest in peace.” As per prison records, Clay remains incarcerated at Airway Heights Corrections Center in Spokane County, Washington. In 2015, Clay lost an appeal of his conviction.