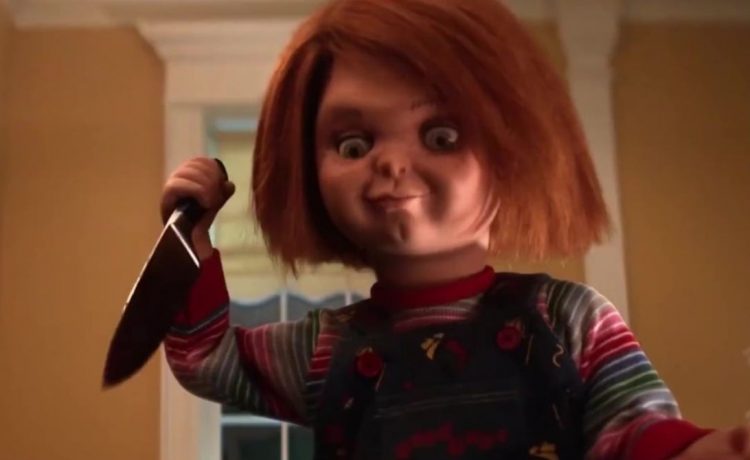 Over the weekend saw a “Legacy of Chucky” panel take place that paid tribute to the Child’s Play horror franchise and its over 30 years of films, while also teasing the upcoming TV show with the first official trailer. In addition to the official teaser, other moments from the series were revealed and teased throughout the event with the cast and crew, who opened up on the making of the show (simply titled “Chucky”) and what fans can expect from its plot. Ignoring Orion’s 2019 reboot, Chucky is set sometime after the events of Cult of Chucky and serves as a direct sequel to that film and the rest of the horror franchise. The series premieres on SYFY and USA Network on October 12th.

“For people that grew up with him there’s a lot in the show that they’re going to be very excited to uncover about these characters,” star Alex Vincent, returning to the part of Andy Barclay which he played 30 years ago, said in the video. “They’ve been waiting for a real dark feel and some really gruesome, gory deaths, and this show is chock full of those. And for the newer fans it’s a little more developed in why he is the way he is. It’s really shown in a real creative way, it’s still as dark as ever. We get to kind of see Chucky in a different light and what he gets out of interacting with people.”

Creator Don Mancini, having written the script for all seven movies in the series and directed three of them, returns to showrun the TV series and opened up about returning to its roots for the show.

“One of the things that fans always loved about the original movies is that the protagonist was a kid. It’s called Child’s Play,” Mancini said. “It’s something we hadn’t done that much of since Child’s Play 3 but I wanted to switch it up a little bit and rather than focus on 6 or 7 year olds I thought focusing on young teens it would be a new twist to see how Chucky interacts with them.”

Mancini also offered some details about the creation of Chucky for the show, which the stars say required a “pit crew” to operate on him in-between takes.

“Chucky’s look, we’ve taken a lot of pains to mimic the specific look of the doll himself from Child’s Play 2,” Mancini said. “I was just talking to someone who said ‘It’s the creepiest version but weirdly also the cutest.’…I think people are going to be blown away by the sophistication of Chucky’s performance.”

Chucky debuts on SYFY and USA Network on October 12th.