Cinderella boss: ‘Hunchback of Notre Dame would make for a fantastic reimagining’ 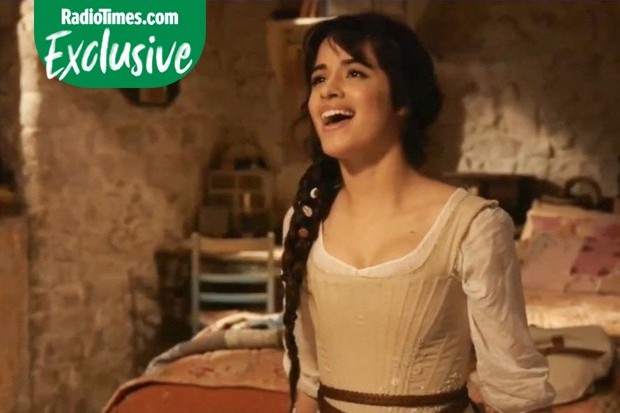 Leo Pearlman would like to see some other classic fairytales get the reboot treatment.

One of the producers behind Amazon Prime Video’s recent Cinderella reimagining has teased that he’d like to have the chance to reboot some other traditional fairytales in a similar fashion.

Speaking to RadioTimes.com, Leo Pearlman said that he thinks most fairytales have an “incredible message” at their heart but would benefit from being updated for modern times – picking out The Hunchback of Notre Dame as a story that he’d particularly like to reboot.

“I think that those fairy tales all have incredible messages in their heart,” he said. “But there’s just the fact that when they were originally made as cartoons, or the first live-action versions, the world was a different place, there was a different sensibility.

“But at the heart of Cinderella it’s just a story about a young girl who is ambitious and wants more from her life, and is held back by society and her family, that doesn’t need to translate to the fact that she needs a husband and we took that view.”

He added: “And I think most of the fairytales have at their heart this incredible message. So yeah, I’d be excited to have a look at some others out there. I particularly like the Hunchback of Notre Dame – I think that would make for a fantastic reimagining.”

Since it launched on Amazon earlier this month, the film has had a somewhat divided reaction – but Pearlman says that he’s happy with the feedback he’s received from fans.

“I’ve been over the moon about the reaction, not just from the target audience, but also from an older generation,” he said. “If you look at social media and look at the public’s reaction to it, I think the vast majority were ready for this and wanted it.

“And it gave parents something that they’re really happy for their kids to see, and kids something else to think about. I know talking to my children and their friends, even just the casting of Billy Porter as The Fabulous Godmother, caused debate and conversation. And that can only be a good thing.”

Asked what he thought about some of the less positive reviews, he responded, “The negative reaction from some is inevitable and completely predictable.

“Some people don’t like change, don’t believe in it and think that everything should just stay the same as it always has been. And I find that’s kind of sad.

“But what’s good, is that by some people being so vociferously against it, it’s actually extended the debate around the project, and that’s a good thing as well. So I have no problem with the positive or the negative reaction to it.”

Cinderella is streaming on Amazon Prime Video. Looking for something else to watch? Check out our TV Guide or visit our dedicated Movies hub for the latest news.
Share on FacebookShare on TwitterShare on PinterestShare on LinkedIn Share on TumblrShare on RedditShare on VKontakte
adminSeptember 21, 2021