Comic-Con @ Home: Legends of Tomorrow Trailer Drops For the Rest of Season 6 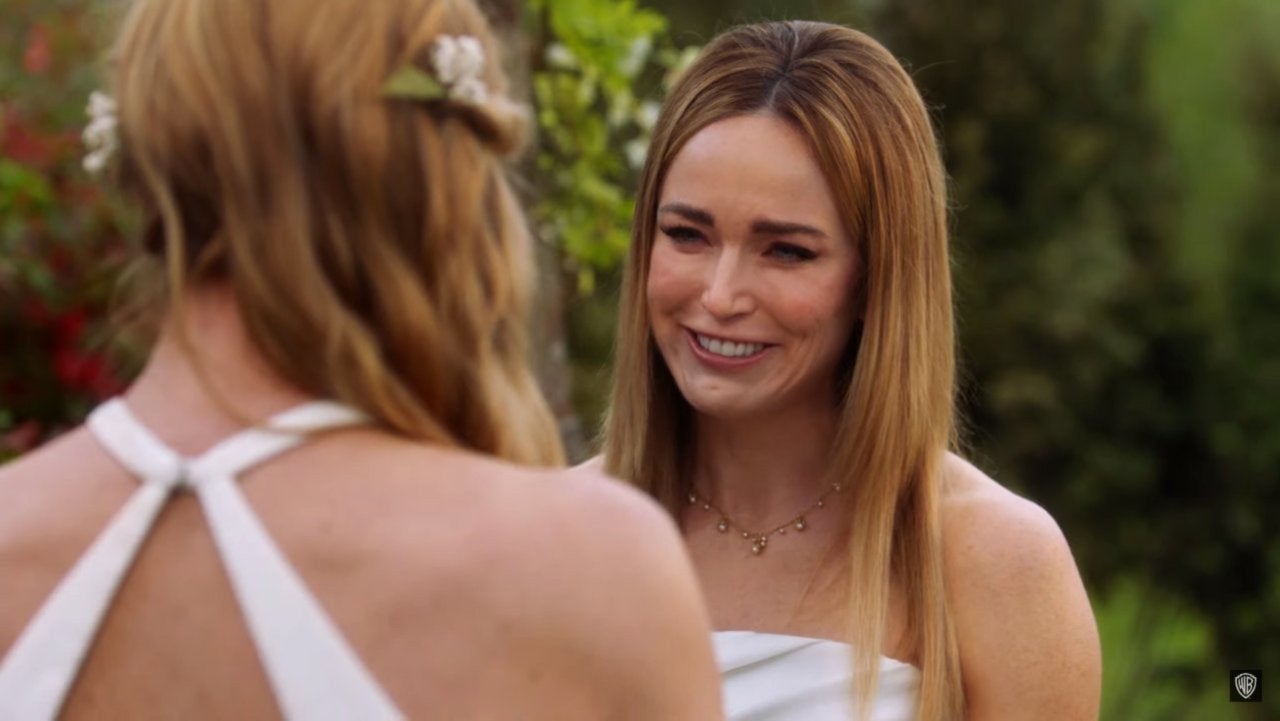 As part of today’s [email protected] event, Warner Bros. Television and The CW released a trailer for the remaining episodes of DC’s Legends of Tomorrow season six. In the trailer, fans got a look at the return of Bishop (you didn’t really think the season’s big bad would have died that easily, did you?), the return of Kayla (well, that’s probably a good sign for Mick’s future), and the Legends being shot off into space to do cosmic battle at an interstellar bowling alley during Sara and Ava’s wedding. The trailer, which dropped during the Legends of Tomorrow panel at Comic Con online, focuses a lot of attention on John Constantine, whose quest to regain his magic has been driving a lot of recent story.

This trailer also teases the payoff for something that fans have been expecting for a while now: mushrooms. In behind-the-scenes photos as well as in a few scenes from the show, psychadelic (and, we assume, alien) mushrooms have showed up, but their exact role hasn’t been clear. Now, it’s…clearer?

You can see the trailer below.

Additionally, besides the bowling, we can pick up on another game playing a role in Legends‘s last few episodes of season six: it looks like John Constantine is going to plunge the team into a Clue-themed episode driven by magic.

Having spent last season trying to track down the Loom of Fate in order to bring back their slain comrades and save the world from mind control, the Legends must now save history from a foe like none they’ve encountered in the past or future. Co-captains of the time-ship Waverider Sara Lance (Caity Lotz) and Ava Sharpe (Jes Macallan) have dealt with monsters, time anomalies, and most recently, villains from Hell, but this season they will face something even more challenging and bizarre … space aliens!

After one of their own is abducted by a ruthless alien, this new mission becomes personal. Fighting against aliens in the timeline while also working to bring back their missing team mate, it will take more than the combined powers of a dark magician, John Constantine (Matt Ryan); a semi-reformed arsonist and Waverider O.G., Mick Rory (Dominic Purcell); a historian who transforms into steel, Nate Heywood (Nick Zano); a fresh out of Hell Astra Logue (Olivia Swann); and a brother-sister air-totem-wielding duo, Zara Tarazi (Tala Ashe) and Behrad Tarazi (Shayan Sobhian) to save the world (and beyond) for a sixth time. They must recruit a new Legend, a gun-totin’ Texan named Spooner (Lisseth Chavez) who was abducted by aliens when she was a child and imbued with powers that will help the team defeat their intergalactic foes. Either that or she’s just crazy.