Freeform’s ‘Cruel Summer’ strives to offer a unique look at social ostracism, grooming, and abuse. As the series progresses, the audience learns that both protagonists, Kate Wallis (Olivia Holt) and Jeanette Turner (Chiara Aurelia), have been victims of that. This is further enunciated in episode 7, titled ‘Happy Birthday, Kate Wallis.’ As the title suggests, it depicts the events of August 29, Kate’s birthday, across 1993, 1994, and 1995.

In 1993, Kate finally tells Rod (Ben Cain) about her mother’s affair, which Joy (Andrea Anders) vehemently denies. This leads Kate to make a horrible choice. In 1994, Kate’s friendship with Mallory (Harley Quinn Smith) officially begins. In 1995, Mallory takes Kate to the local roller-skating rink. They later discover that Joy is the one who created the “liar” note. Meanwhile, while spending time with Ashley (Ashlei Sharpe Chestnut), Derek (Barrett Carnahan) discovers she has been chatting with her stepsister since the latter’s return. Here is everything you need to know about the ending of ‘Cruel Summer’ episode 7. SPOILERS AHEAD

In 1993, Kate wakes up on her 16th birthday. Jamie (Froy Gutierrez) tells Rod that he has plans to give Kate a promise ring. When the older man reminds him that it’s a pretty big commitment at 16, Jamie adamantly says that he sees his future with Kate. They later go out with their friends, and Jamie gives Kate the ring. Although she accepts it, she is evidently uncomfortable about it. Jamie gets drunk, and on their way back, ends up urinating on Martin’s (Blake Lee) lawn. Martin comes out, and seeing the state Jamie is in, offers to drive him and Kate home.

At the Wallis house, as Kate is forced to endure yet another vitriol from her mother for coming home late on her birthday, she finally lets out the secret that she has been holding all this while. But Joy denies the infidelity allegations, and when Rod tries to intervene, she tells him to let her deal with her daughter. This argument eventually culminates in Kate leaving her home. 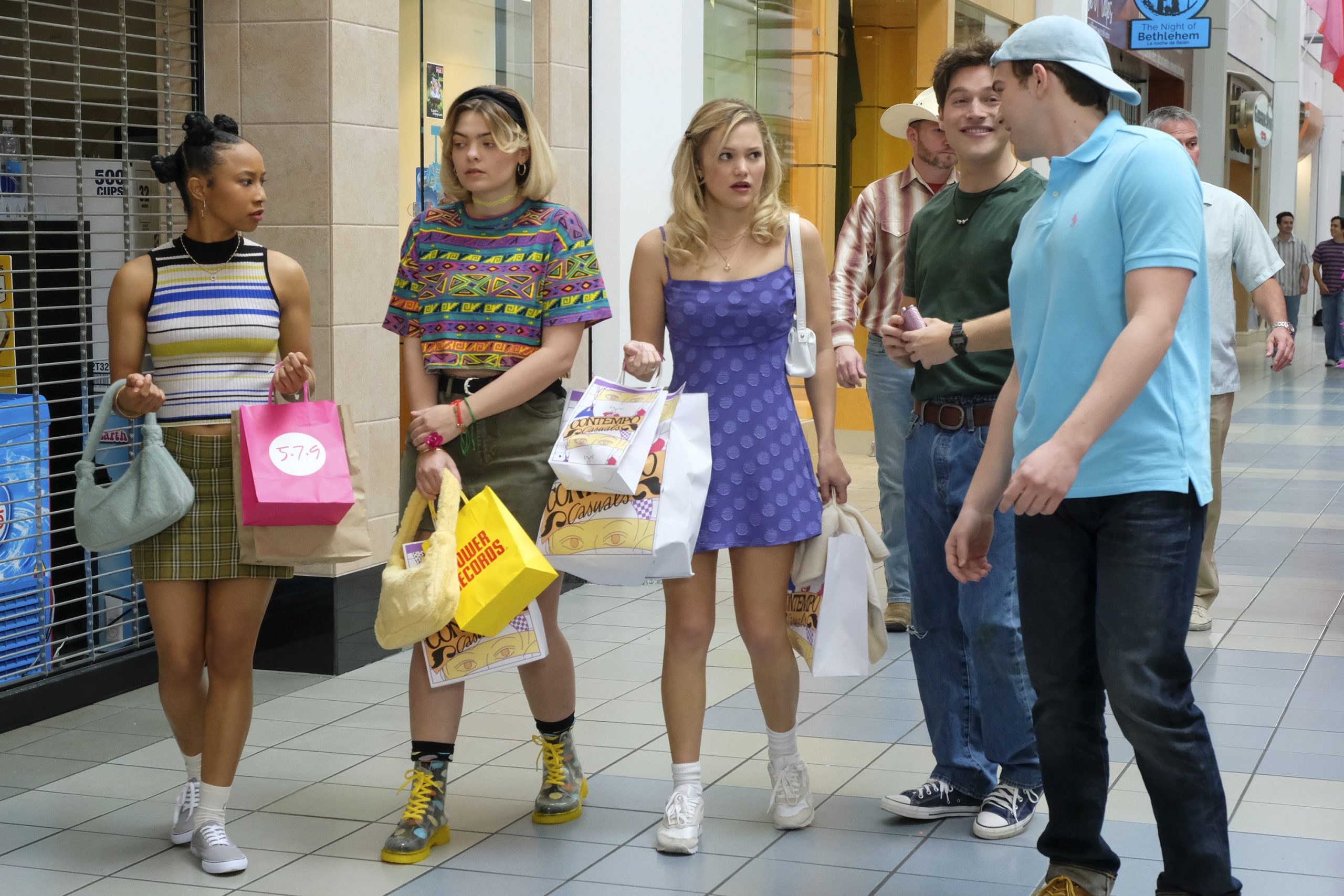 During Kate’s captivity, Martin uses food to manipulate her. He gradually breaks her spirit by telling her that everyone in the town has forgotten about her, including Jamie, who has started dating Jeanette. In 1994, Joy wants Kate to give an interview to talk show host Marsha Bailey. Initially reluctant, Kate finds out that a girl from Widow Falls is claiming that she was nearly one of Martin’s victims. Joy uses this to make Kate realize that she needs to control the discourse.

In 1995, After discovering that it was Joy who sent the note, Kate confronts her mother, and the two women go on to have the first earnest conversation since Kate’s return. Kate continues to listen to her therapy tapes. She thinks she has found the part where she talks to her therapist about Annabelle in detail but discovers that she didn’t even remember speaking about Annabelle when the therapist asks about the woman again. Derek sleeps with Ash. After she goes to grab a shower, he tries to check his emails on her computer and finds the chat between Kate and Ash. He prints out a copy and later gives it to his sister.

Cruel Summer Episode 7 Ending: Why Does Derek Print out Ash and Kate’s Chat?

Derek comes across the chat completely by accident while checking for his emails. Although both Kate and Ash use anonymous identities during their chatting, Derek quickly figures out who the person is on the other end of the conversation by spotting a reference to Martin. Kate has divulged virtually all her secrets to Berenice4, not realizing that she is actually speaking to Ash.

Since Kate’s disappearance, Ash has felt incredibly guilty for how she treated the younger woman. After Kate comes back, Ash decides to correct her wrongs. When approaching Kate as an older sister didn’t work, she decided to create an account on the abduction victim forum that Kate frequents, and two of them have been chatting since then.

As the end of the 1993 part reveals, after leaving her home, Kate goes to stay with Martin. She can’t go to one of her friends or Jamie’s house as she fears that her mother will find out and drag her back to her home. Another reason is likely that she increasingly feels isolated from them. Kate also has a growing crush on Martin and hasn’t realized that he has been grooming her all this while. 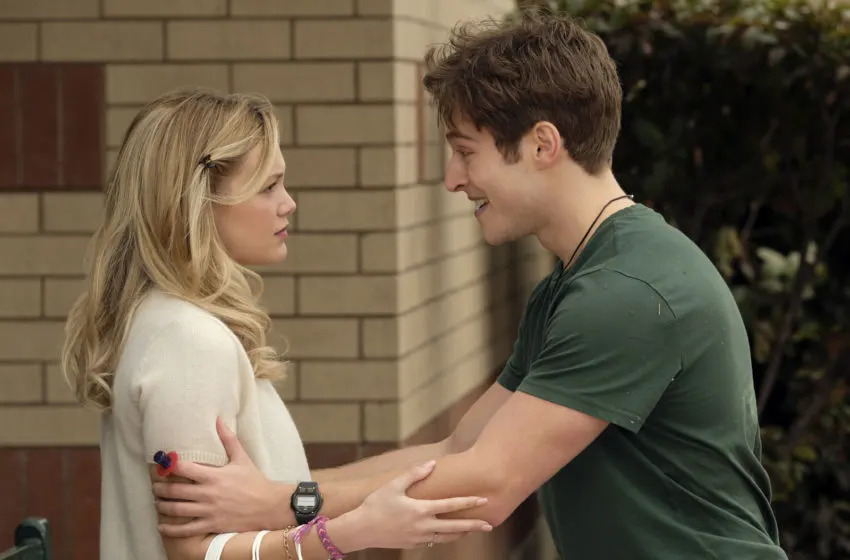 This episode is all about various forms of betrayals and how Kate ends up being the victim each time. In 1993, her mother betrays her when she lies about her infidelity. In 1995, her mother has betrayed her again with the “liar” note, which Joy claims that she only used to inspire Kate to take Jeanette’s lawsuit seriously. Then, there is the horrendous betrayal that Martin commits against her. Her mother’s teachings didn’t prepare her for Martin’s manipulation. Feeling no one is in her corner, Kate turns to the apparent source of constant support, Martin.

This is the key thing that Derek finds in the chat. He is betraying not just Ash’s trust here, but Kate’s as well by extension. He can claim that he is doing this for his sister, but there are certain boundaries that one must not cross no matter what is at stake. And he has just done that by giving Jeanette the tool to destroy her rival completely. Kate has previously come after Jeanette and caused her and her family to be ostracised from the community. Now, Jeanette has the arsenal to seek revenge. The important question is whether she will use it or not. Having endured the horror of infamy and social isolation, she might not put another young woman through the same ordeal.

Why Does Kate Think That the Girl from Widow Fall is Lying?

In a show that unflinchingly depicts the devastating effects of victim-blaming, even the traumatized protagonist is shown to perpetuate the problem. Martin’s influence on Kate has been so thorough and damaging that she immediately starts defending him when she hears the news about the other girl. Her parents, who are there, notice this and try to point it out, but Kate becomes so impassioned that they grow even more concerned for her. Joy then diverts the conversation and convinces her daughter to appear at ‘The Marsha Baily Show.’ 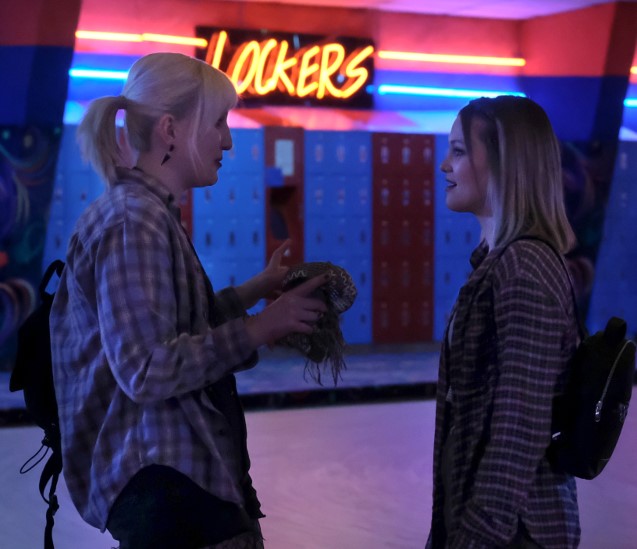 The show brilliantly depicts the dichotomy of Kate’s trauma. On the one hand, she has a PTSD episode while watching an old movie with Ash and Mallory, and on the other, she unconsciously defends her former captor. Evidently, she is struggling with the psychological effects of her captivity and likely has to undergo a long healing process before she can put it behind her.