Inarguably one of the most intriguing teen thriller drama TV shows of recent years, Freeform’s ‘Cruel Summer’ continues to expand upon the elements of mysteries by introducing new aspects associated with them. Episode 8, titled ‘Proof,’ depicts the events of August 30 of 1993, 1994, and 1995, the first day of school after the summer holidays.

In 1993, Jeanette (Chiara Aurelia) learns about Kate’s (Olivia Holt) disappearance by overhearing a conversation between Joy (Andrea Anders) and Martin (Blake Lee). Her friendship with Mallory comes apart after the former accuses the latter of being too controlling. In 1994, Jeanette encounters immense hostility after going back to school. As Greg (Michael Landes) has learned that Jeanette had been indeed in Martin’s house, he seemingly takes his daughter to the police station so she can come clean about her intrusions. In 1995, Jeanette visits Jamie’s (Froy Gutierrez) garage and learns something important, prompting her to reach out to her old friend Mallory. Here is everything you need to know about ‘Cruel Summer’ season 1 episode 8 ending. SPOILERS AHEAD.

In 1993, with her braces taken out, Jeanette can’t be happier about returning to school. Mallory convinces her and Vince (Allius Barnes) to continue with their list even though summer is all but over. She has secretly filmed many of their teachers and wants to play the resulting video for the entire school. Vince and Jeanette are supposed to keep watch.

However, Vince leaves with Ben (Nathaniel Ashton), and the two of them connect over their grief of losing their respective mothers, whereas Jeanette spots Joy and follows her to Martin’s office to discover that Kate is missing. Martin later catches Mallory inside the broadcasting room and punishes her with detention. This leads to a massive fallout between Mallory and Jeanette. 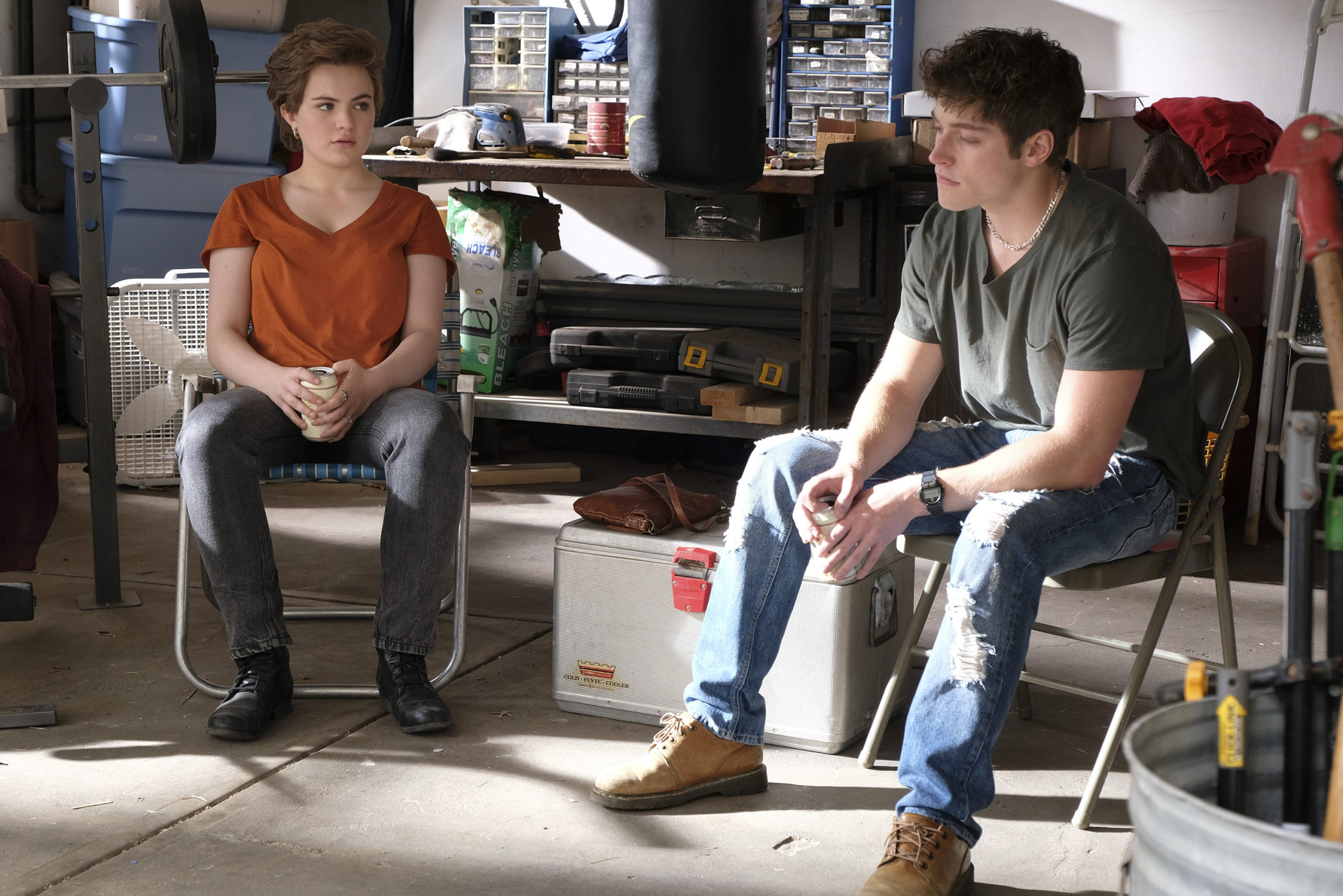 In 1994, Greg confronts Jeanette with the key that Cindy earlier found. Jeanette claims that the only time she was in Martin’s home was when she was ticking off the bucket list items with Vince and Mallory. Despite the increasing evidence showing that his daughter can lie — and lie well — Greg once more chooses to believe her and has an argument over the phone with Cindy that seems like the start of the dissolution of their marriage. At school, Jeanette finds support from the ever-reliable Vince.

However, after Tennille lashes out at her, Jeanette tries to distance herself from Vince, hoping that her reputation will not affect his growing but secret relationship with Ben. At home, Jeanette tells her father that she wants to drop out of school. Meanwhile, an intoxicated Jamie has an accident with Ben in his car. While he gets arrested for DUI, Ben seemingly suffers an injury that ends his sporting career even before it properly begins.

In 1995, Jeanette gives the chat record between Ash and Kate to her lawyer Denise. Angela confronts Greg with what she found out from Cindy about the key and their separation. Greg assures her that he has always been honest with her and asserts how important she is to him. Jeanette meets up with Cindy at a restaurant. She clearly holds her mother responsible for many things but still tells her that she doesn’t hate her. At Jamie’s request, she goes to see him and finds out that he has a recording of an odd voicemail that he received on Christmas Eve, 1993. Hearing the recording, Jeanette rushes to Mallory’s home to ask her to return a snow globe.

In this episode, the plot’s focus again switches to Jeanette and covers what happens in her life on the first day of school in 1993, 1994, and 1995. The breaking point of Mallory and Jeanette’s friendship takes place in 1993 when Jeanette is forced to go along with one of Mallory’s mischievous plans. When things don’t turn out as the three friends hoped for and Mallory gets detention, she demands to know why Vince and Jeanette abandoned her. While Vince lies and tells her that he ran after spotting a teacher, Jeanette tries to tell the truth about what she overheard. But the Mallory of 1993 has no intention of hearing anything about Kate.

The fallout has been a long coming and continues to persist in 1995. The previous episodes showed that Mallory’s friendship with Kate developed naturally after the former realized her hate for the other girl was completely unfounded. But the audience may have been misled in this regard. Perhaps Mallory somehow came to know who had abducted Kate and kept silent. She can even be Annabelle, the mysterious woman whom Kate mentioned during one of her early therapy sessions.

What is the Significance of the Snow Globe?

In the recording that Jamie has kept, Jeanette hears breathing noises and what sounds like an old film playing in the background. This ends up spooking Jeanette, and she goes to Mallory’s home to get back a snow globe. Although Mallory claims that she doesn’t have that “piece of junk,” it is later revealed that she has hidden the snow globe in a box under her bed. Until this episode, the main question of ‘Cruel Summer’ was who was lying between Jeanette and Kate. However, ‘Proof’ seems to imply that Mallory has something to hide of her own.

The snow globe is definitely connected to both Kate and Annabelle’s presence in Martin’s home on Christmas Eve. Jeanette likely has reasons to believe that it can prove her innocence by showing that there was another person in the house besides her, Martin, and Kate on that evening, and that’s why she tries to retrieve it from Mallory. What she doesn’t know is that Mallory was that other person.

Why Does Martin Destroy Mallory’s Videotape?

After catching Mallory inside the broadcasting room of the school, Martin learns about the prank that she and her friends are about to pull on him and the other teachers. In one scene of the video, he sees himself getting out of his home. He immediately confiscates the videotape and gives Mallory detention. Later, when he is alone, he watches the video again.

This time, it becomes clear exactly why he has taken it from Mallory. The video was shot on the morning of August 30, and Martin knows where Kate was at the time. What Mallory hasn’t noticed in 1993 is that she has filmed Kate standing at the window of Martin’s home. Martin then destroys the tape that could have become a piece of incriminating evidence against him.