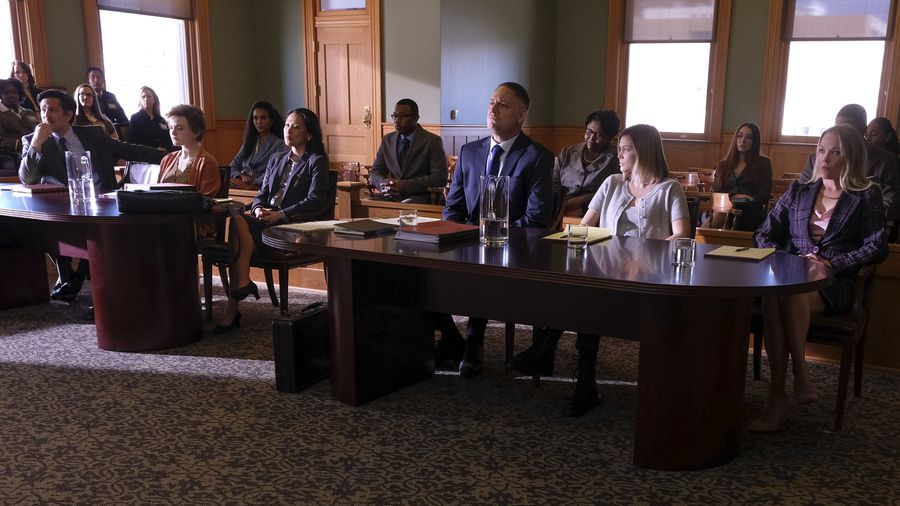 In ‘Cruel Summer,’ creator Bert V. Royal (‘Recovery Road’) weaved a complex story of teen romance, drama, mystery, and predatory behavior. The narrative of this Freeform show shifts back and forth between the years 1993, 1994, and 1995 and primarily revolves around two young women, Kate Wallis (Olivia Holt) and Jeanette Turner (Chiara Aurelia), from the fictional town of Skylin, Texas. In 1993, Kate goes missing, and previously nerdy and awkward Jeanette gradually replaces her in the lives of her friends and boyfriend. When Kate returns in 1994, she goes on national television to claim that Jeanette knew that she had been kidnapped and didn’t speak to the authorities about it. In 1995, Jeanette sues Kate for defamation.

Except for the last two, all episodes of the show cover a specific date across three years. In ‘Cruel Summer’ season 1 episode 10, the season 1 finale, titled ‘Hostile Witness,’ Jeanette’s lawsuit finally goes to court. The two protagonists confront each other at Martin Harris’ (Blake Lee) erstwhile home. Truths come out, and it seems that neither can be blamed for what happened. But then the ending arrives, and it flips the script on its head. Here is everything you need to know about it. SPOILERS AHEAD.

The episode initially depicts what transpires on October 3 of 1993, 1994, and 1995. In 1993, Kate and Martin enjoy their apparent utopia, while Jeanette and Jamie (Froy Gutierrez) share a kiss at the roller-skating rink. In 1994, Kate goes on ‘The Marsha Bailey Show’ and names Jeanette as “the girl who stayed silent, who let her endure things that she can’t erase,” turning her into the most hated person in America. Kate knows that the law prohibits her from doing this, but she wants to make Jeanette pay for what she thinks the other girl did. That night, Jeanette cuts her hair.

In 1995, the two parties face off at the court. Initially, the sentiment of the media is overwhelmingly against Jeanette. One of the reporters even asks her how she lives with herself. Meanwhile, Jeanette and Jamie reforge their bond. Jamie later visits Ben (Nathaniel Ashton) and accepts his responsibility for the accident but urges his friend not to punish Vince (Allius Barnes) for his (Jamie’s) mistakes. 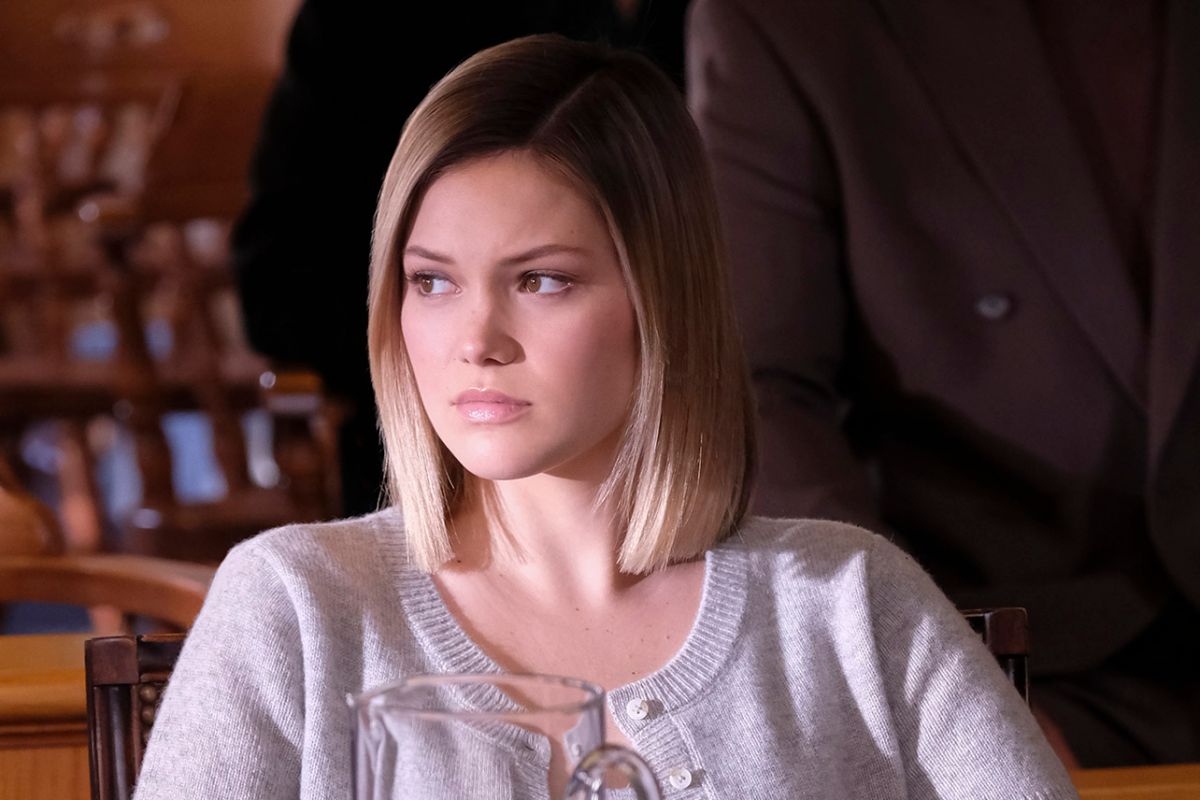 In the court, Jeanette’s lawyer, Denise (Nicole Bilderback), calls Kate to the stand as a hostile witness and reveals to her that they have the chat history between her account “Traumarama79” and “Berenice4.” Believing that she is speaking to another former victim of abduction and someone she hopes to emulate in the future, Kate shared everything with Berenice4, including the fact that she went to Martin’s home willingly. When this is exposed at the court, it brings forth questions about Kate’s account of the events.

She later asks Jeanette to meet her at Martin’s home of all places. After the initial accusations and counter-accusations, the young women work together to find out what really happened on Christmas Eve 1993, when Kate thought she saw Jeanette. With Jeanette’s help, Kate also recalls the real identity of Annabelle.

Cruel Summer Ending: Who Is Lying Between Kate and Jeanette?

The prevalent question of the inaugural season of ‘Cruel Summer’ has been who the liar is between the two protagonists. The clever writing has made the audience shift back and forth, believing one and disbelieving the other in one moment and then the total opposite in the next. The finale gives an in-depth answer to the question, revealing that neither is lying about what they saw on the evening of Christmas Eve 1993. Jeanette admits that she did enter Martin’s home that night and take the snow globe. But when Kate describes the bike she thought belonged to Jeanette, the latter realizes that it’s actually Mallory’s (Harley Quinn Smith).

As Jeanette tells Kate, Mallory saw her (Jeanette) entering Martin’s home and also spotted a blonde woman in the house. She thought that Jeanette would get caught, and so she waited outside. When Jeanette left the place, Mallory followed her and confronted her. During the ensuing argument, Jeanette gave Mallory the snow globe before telling her to get out. Kate lied in the court that she and the person on the other end of the window made eye contact. In reality, Mallory had her hoods up at the time. As she saw Jeanette leaving the household, Kate simply presumed that it was her. And as it is revealed in episode 9, although she still lived with Martin at the time, part of her wanted Jeanette to go to the police.

After returning home and learning that Jeanette filled the places that she vacated when she went to Martin’s home, Kate decided to punish the other girl. She likely thought that if Jeanette had gone to the police, things might have turned out different. She would have been out of Martin’s home before the monstrous side of him really came out. 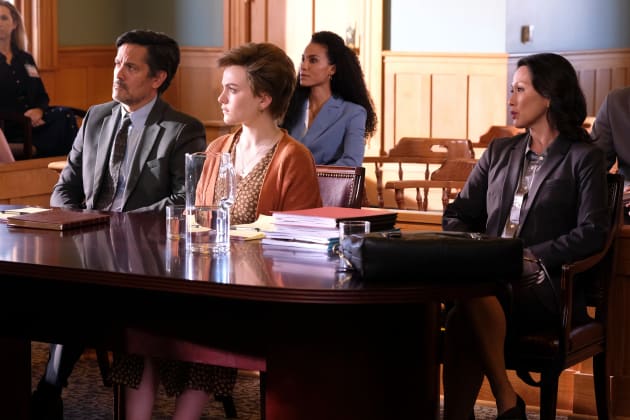 The ending scene of the finale adds an extra layer of complexity to the plot and demonstrates that ‘Cruel Summer’ wants to earn that mystery tag. Jeanette is not lying when she tells Kate during their confrontation in 1995 that she never saw her in Martin’s home. However, as the ending scene reveals, she clearly hears Kate when she once more breaks into Martin’s home in 1994. Kate hears Jeanette’s footsteps and identifies herself. She also declares that Martin has been keeping her locked in the basement.

Jeanette even reaches out to the door handle before stopping herself. It’s not improbable to presume here that she does this because she knows what she will lose if she frees Kate. She likely thinks that her popularity will go away, and Jamie will leave her. Jeanette has demonstrated some disturbing behavior throughout the season — from regularly breaking into Martin’s home to keeping Kate’s scrunchie. Hiding that she knows that Martin is keeping Kate captive seems like a dangerous but inevitable extension of it.

Why Didn’t Mallory Report that She saw Kate?

Because, at the time, she didn’t know that the blonde girl she saw inside Martin’s home on Christmas Eve 1993 was Kate. She never saw Kate, not even at the time Kate thought she did. The house was too dark at that point. It was only after Kate’s rescue that Mallory realized that woman was Kate. She also understood if she approached the police with what she knows, it would make people doubt Kate’s account, as Mallory saw Kate upstairs in Martin’s home when she was supposed to be locked in the basement. They then became close friends and formed a bond that transcended most friendship. This becomes even more evident when Kate kisses Mallory towards the end of the episode. 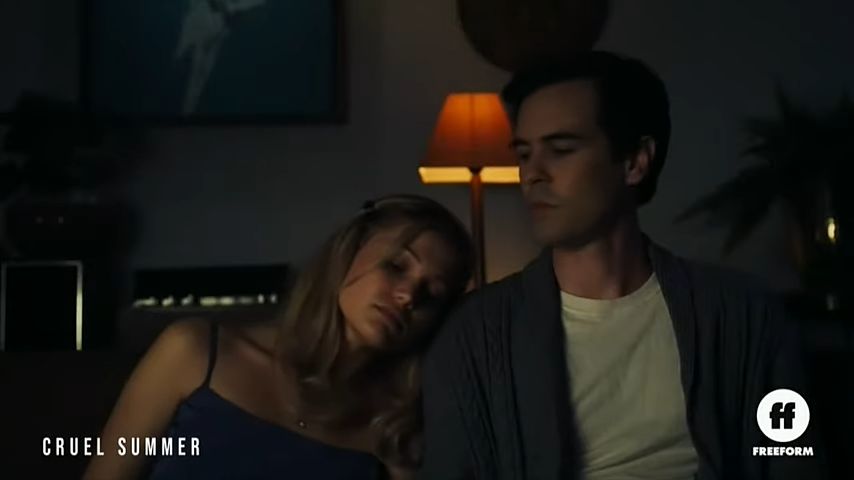 As it turns out, Annabelle is not a who but a what. It’s a gun with which Martin’s father killed himself. On the night before Kate was found, Martin came down to the basement with Annabelle. Initially, Kate thought that he was going to kill her. But then, he turned the gun to himself, revealing that he thought that this was the only possible solution. However, he couldn’t pull the trigger and ended up dropping the gun. Kate subsequently picked it up and shot him with it. In 1995, after she ventures into Martin’s basement with Jeanette, Kate’s memory of Annabelle finally comes back to her. It seems like she blocked it out and believed that the authorities killed Martin while rescuing her.

What Happens to Jeanette’s Lawsuit?

Kate goes in front of the media to assert Jeanette’s innocence, and the latter withdraws the $11 million lawsuit. Jeanette also appears on ‘The Marsha Bailey Show,’ where she claims it was never about the money but the truth. She then declares that she has forgiven Kate despite what the other girl has put her through. In the end, everyone gets more or less what they want. Kate gets closure and begins a loving relationship with Mallory. And Jeanette regains the things she had lost after Kate’s accusation: popularity, her father’s unconditional support, and Jamie.