‘Dancing Queens’ is a lighthearted Swedish comedy-drama that explores the joys of self-expression through a story about drag culture. The talented dancer Dylan finds an unlikely platform for her passion when she joins a drag dance group. However, to fit in, she disguises herself as a man and subsequently learns the nuances of what it means to follow drag. The film’s layered characters are all seen channeling multiple personalities, both out of necessity and as a form of expression. Through a simple story, it shows the audience (and the protagonist) the universal qualities of self-acceptance, empathy, and the absence of judgment that are embodied in drag culture. Let’s see what else we can learn from the glittering, beating heart that is ‘Dancing Queens.’ SPOILERS AHEAD.

‘Dancing Queens’ opens with Dylan placing a miniature disco ball on her mother’s grave in her small island town in the Swedish archipelago. We then see her making her way across town on her boat, dropping parcels, doing people favors, helping her father at the store they own, and finally coming home to her internet-savvy grandmother who tells her about a dance audition in the city. Despite her grandma’s persistence, Dylan decides to not audition, saying that her sick father needs her help. Soon after, we see her teaching a dance class to a group of excited young children at her homely dance school which is called Dylan’s Disco.

Later that night, Dylan is woken up by a drunk friend, who begins talking about how they can run her family store together in the future. Realizing she doesn’t want to be running a store her whole life, the young dancer decides to go for the audition. To brush up, she begins watching videos of her late mother dancing with her, scenes of which we continue to see throughout the film. Upon reaching the audition the next day, Dylan is told that she missed it by a month on account of her grandmother reading the date wrong. Instead, she settles for a cleaning job at a smaller venue nearby that’s hosting a drag dance event.

Soon enough, Dylan is noticed by the drag club’s young talented choreographer Victor, who bemoans the fact that she’s not a boy, which would allow her to join the all-male troupe. Victor, as we see, has been having a difficult time with the show’s aging star and financier Tommy La Diva, who says that the dance moves and music are too modern. His troupe members attribute Tommy’s irritability to the death of his long-time dance partner and muse, Jackie. Realizing she can help Victor out and also begin her journey as a professional dancer, Dylan decides to disguise herself as a man and join the group.

Things go somewhat smoothly as Dylan slowly begins to learn the nuances of drag and the history of the “Queens,” as the troupe calls itself. The rest of the group, initially suspicious of her, eventually warms up except for the show’s director Micke, who is convinced that Dylan is trying to steal Victor’s romantic attention away from him. Finally, the night of the big performance comes and is a success, with Dylan’s flamboyant contribution on stage. However, whilst celebrating their successful opening, one of Dylan’s friends comes over and, much to her horror, lets slip that Dylan is female.

Dancing Queens Ending: Do Dylan and Victor Fall in Love?

All hell breaks loose as the dance troupe explodes with indignant questions of why Dylan would hide something so important. Despite Victor trying to calm the situation, Dylan is crushed and hastily leaves to go back to her hometown. A few days later, however, the entire troupe shows up in her town, looking for her. Apologetically, they offer her a spot in their group and also surprise her by taking her to the Grand Theatre in the city, where Victor has arranged a spot for her in a highly prestigious dance performance. The closing scenes of the movie before the credits roll in feature Dylan and Victor rehearsing on the magnificent stage of the iconic venue.

Dylan and Victor’s chemistry has been unmistakable ever since they first met. From the way she surprises him with her dancing skills, to Dylan’s outrageous plan of dressing up like a man to be a part of the group, everything she does impresses Victor. The friendship between them blossoms quickly after Victor vouches for her to the drag group, and their closeness is even noticed by the group’s members, none more so than Victor’s jealous lover Micke.

Throughout the film, Micke blames Dylan for stealing Victor away from him. Though Dylan flatly refuses and laughs it off, there is an undeniable closeness between her and the celebrated choreographer. Their intimate dance in the closing scenes of the movie also hints at a spark between the two. 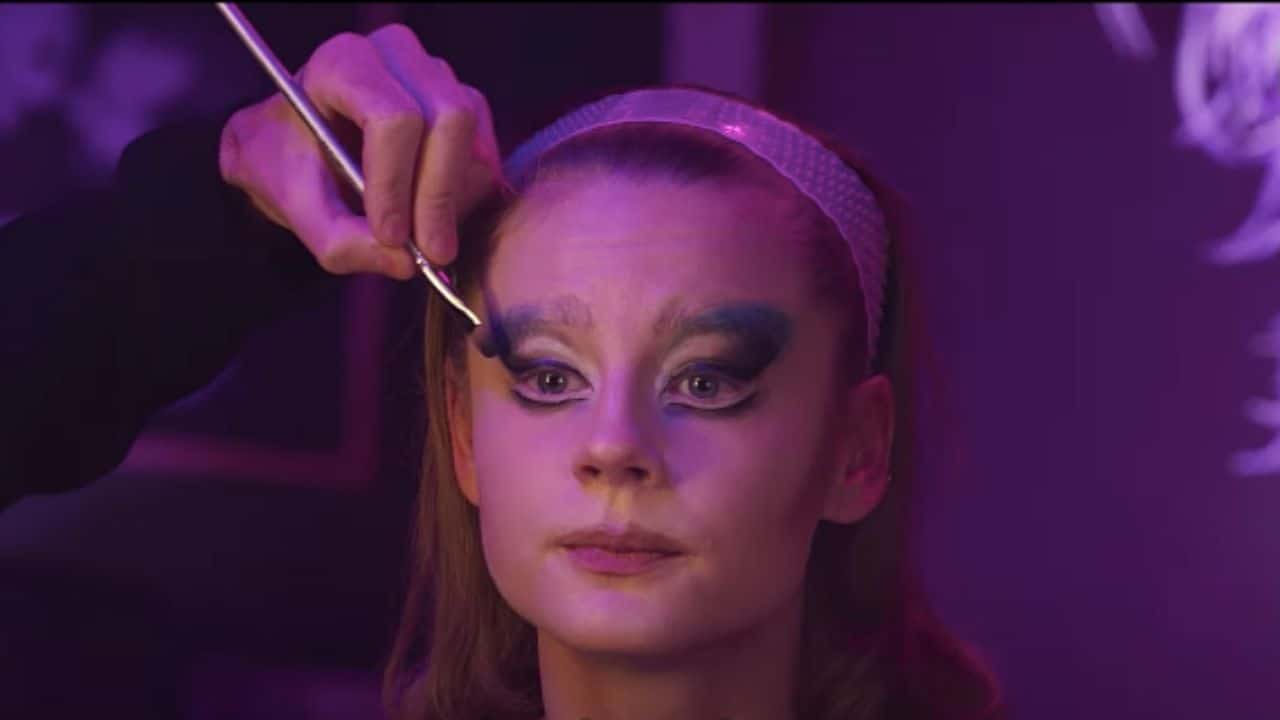 The gender and sexual fluidity in the movie gives it the leeway to make its characters flexible in their partner preferences. The movie itself is an ode to self-discovery and acceptance, and we even see Dylan’s friend come out as gay at the end of the movie after initially asking her to marry him. Therefore it would also be quite fitting for Dylan and Victor, who have so much in common and stand up for each other multiple times, to get together.

The brief scene we see at the beginning of the end credits, however, tells another story. We see that whilst on stage at the Grand Theatre theatre, during the most involved parts of their dance rehearsal, Dylan is imagining dancing with her mother. The passion and intimacy seen in Dylan’s dance immediately take on a new persona as we realize that it is inspired by her late mother and mentor, who taught her how to dance.

Victor’s feelings for Dylan are also not confirmed, as he eventually breaks up with Micke because of the latter’s jealousy, and not because of Dylan. Once we realize that it is her mother that Dylan is imagining dancing with, it makes it quite certain that the relationship between her and Victor, as she says, is platonic.

Why Does Dylan Pretend to be a Man?

Dylan disguising herself as a man shocks (almost) everyone involved, and though she attributes it to wanting to be part of the drag group, in the end, she is let in despite being female. The empathetic members of the dance group even wonder why she hid the fact that she was a woman, with Tommy appearing to not understand what the fuss is about, saying: “We’re all women anyway.” In the end, it is Dylan’s lie and not the fact that she’s a woman, that most shocks the dance group.

In which case, why would Dylan go through the trouble of disguising herself? She also does it very convincingly, complete with a backstory that explains her feminine features and long hair. She, pretending to be a man, even evokes sympathy from Tommy and the others with her fabricated story of being bullied as a child for being too feminine. It almost seems like Dylan is trying to become another person to escape herself, rather than sneak into the all-male dance group.

Dylan dressing up as a man and disguising her true self is about more than just fooling Tommy and the others. By leaving her hometown and coming to the city, we see her change her old persona and start doing things that she never would have before. Dylan’s dual identity is very much reflected by her constant conflict between staying at home to help her ailing, grieving father and coming to the city and following her passion for dance. Her city persona, that of Dylan the man, is a confident, accomplished dancer who has performed in multiple countries. This is a far cry from the actual Dylan, who lives a simple life in a small town where she runs a dance studio for children. 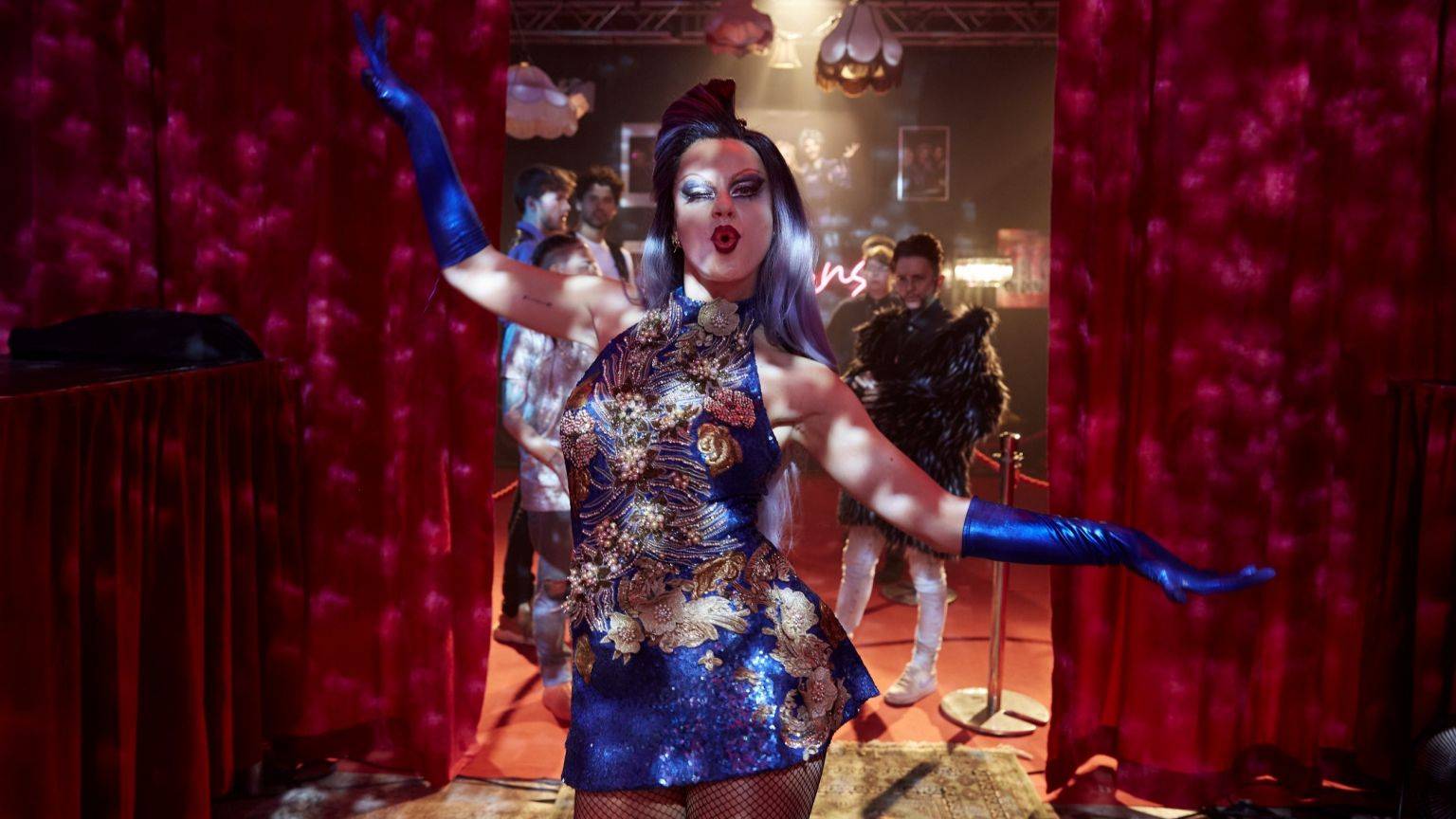 Dylan channeling an alternate persona also fits with Victor’s explanation of drag involving the creation of an alter-ego by the artist. Despite thinking of herself as a fraud, by channeling her inner personality as an alter ego, Dylan is, unknowingly, following the tenets of drag culture. The film also seems to have an overarching theme of people pretending to be someone else, a very pointed allusion to which is the Bosnian man pretending to be Italian to boost his restaurant business. The comedic scenes featuring the loud Bosnian pretending to be flamboyantly Italian whilst repeatedly saying the word “meatball” are quite telling vis the film’s focus on how everyone, not just followers of drag, channels different personalities.

Why Was Tommy Obsessed with the Song ‘I Will Survive’

Ever since the first rehearsal Dylan watches of the Queens, Tommy is seen obsessed with performing the song ‘I Will Survive.’ His idea is repeatedly shot down by the show’s director and its young choreographer Victor, who both call the song dated and tell Tommy that he needs to move with the times. Tommy’s insistence on including the song, however, persists.

The song is symbolic of Tommy and his troupe’s search for relevance in a swiftly modernizing time. The older members’ disdain for the new, upbeat music introduced by Victor is made obvious multiple times, with some of them even raising concerns about the effect of vigorous modern dance moves on their aging bodies. Tommy himself, it is revealed, is on the brink of bankruptcy and hurting from the death of his muse and lover Jackie. Hence, it is very telling when Tommy keeps insisting on having the song, showing us how important the performance is for him and his perceived relevance.

In the end, despite initially being rejected multiple times, ‘I Will Survive’ is performed by the group to great applause from their audience. The song is, understandably, Tommy’s high point in the show. Though we don’t see exactly when the troupe agrees to include the song, soon after joining, Dylan briefly compliments it, which might have something to do with it. If it is because of Dylan’s support that the group finally agrees to include the song, then it would be just one more way in which she saved Tommy’s dream by becoming a part of the Queens.

Read More: Is Dancing Queens Based on a True Story?