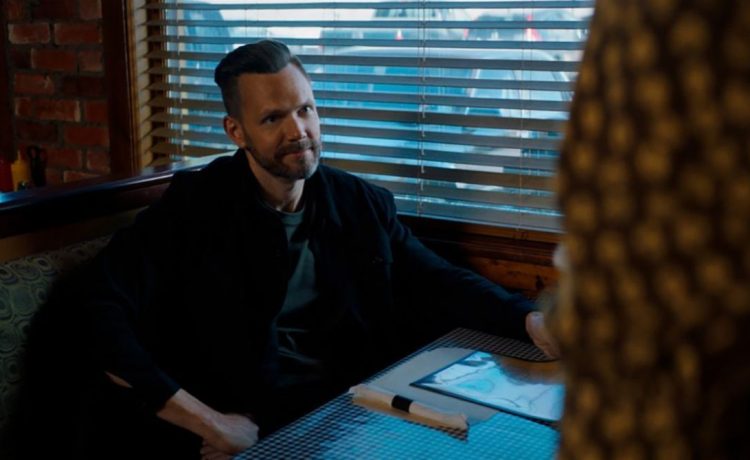 In the very last moments of DC’s Stargirl‘s first season fans of the series got quite a surprise when it was revealed that Sylvester Pemberton/Starman (Joel McHale) who had been killed in a battle with the Injustice Society a decade before the events of the series was actually alive—or at least someone claiming to be him. Fans have been left to guess exactly what the situation is with Sylvester and what it means for Courtney Whitmore/Stargirl (Brec Bassinger) if Starman really is alive and well, and it sounds like that particular story is one that will take a bit of time to fully play out. Series creator Geoff Johns explained that the story is a “long-brewing” one.

“In the best comic books, I always love the long-brewing subplots and the return of Starman, Sylvester Pemberton, is one of those,” Johns told the press during an event ComicBook.com attended. “You will see him come into play in Season 2, both in flashbacks—we have a really cool episode 209, it’s got a Justice Society flashback with the original members with Luke [Wilson] and Joel and the other JSA founders—and then you’ll see Joel McHale into the latter half of the season.”

And when it comes to that flashback episode, Episode 9, it will feature John Wesley Shipp bringing his The Flash character Jay Garrick to the series and that the mini Arrowverse crossover of sorts has the potential to open the door for future crossovers as well.

“I grew up watching The Flash TV show, he was my favorite superhero when I was a kid and I was blown away by John Wesley Shipp when he played The Flash and then was lucky enough to work with him on The Flash,” Johns said. “And when he started playing Jay Garrick and we introduce our version of the Justice Society and we’re on earth-2 like the comics, we’re on our own Earth separate from the rest of these shows, but to have John play Jay Garrick The Flash in Stargirl, it connects our universe directly with the other shows and also shows that we’re part of a grander universe. And it opens up the door to opportunities for us to eventually interact with those characters. And that was important, just like the comics, and when we do do it, we’ll do it in a hopefully very special Stargirl way.”

Share on FacebookShare on TwitterShare on PinterestShare on LinkedIn Share on TumblrShare on RedditShare on VKontakte
adminJuly 29, 2021