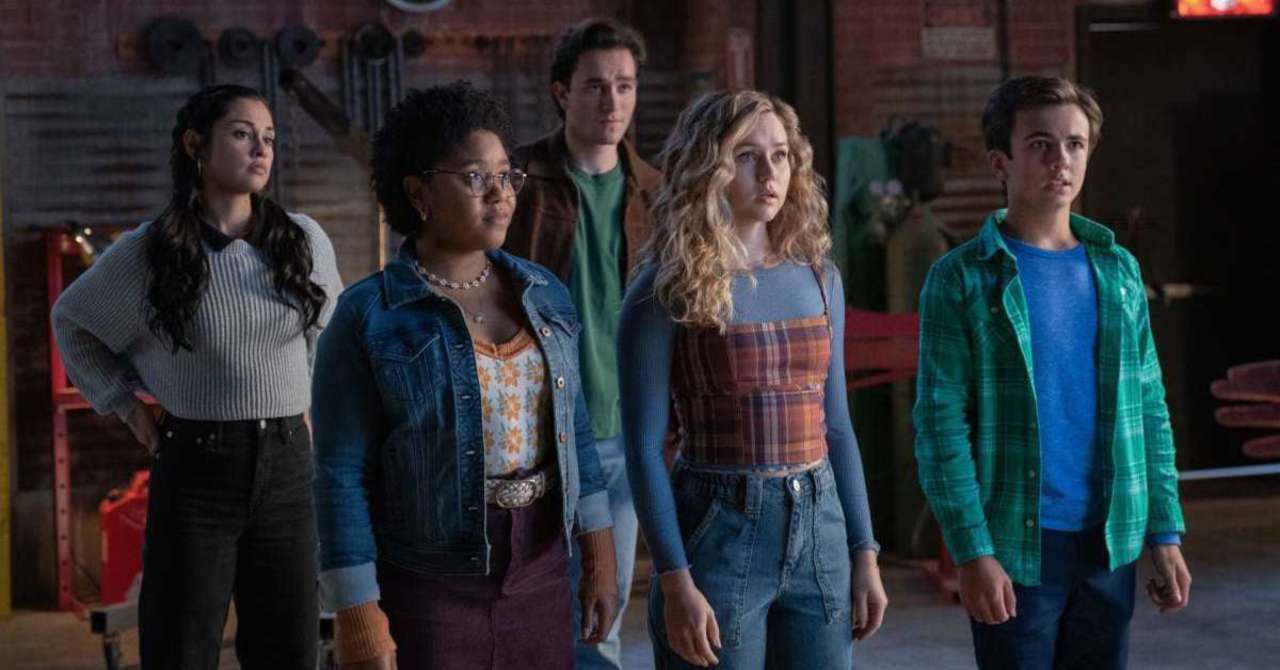 DC’s Stargirl returns for its second season Tuesday night on The CW and it sees Courtney Whitmore and the other heroes of the young Justice Society of America in a whole new place. Having defeated the Injustice Society at the end of Season 1, things are pretty quiet in Blue Valley, Nebraska. But that quiet won’t last for long. Two frightening new villains are coming with the arrival of Richard Swift/The Shade (Jonathan Cake) and Eclipso (Nick Tarabay) and things could get pretty scary in Stargirl‘s second season. How scary? Series star Brec Bassinger suggests fans might want to turn on their nightlights.

“Sleep with a nightlight,” Bassinger, who plays Courtney Whitmore/Stargirl, told ComicBook.com in a recent interview about the show’s upcoming second season. “That’s the joke answer, but then also I would say, ‘Get ready.’ I guess it is kind of in the same route, but get ready for Eclipso because he’s a villain like we’ve never seen before.”

Bassinger isn’t the only person putting out the word about how terrifying Eclipso will be. Series creator Geoff Johns has also spoken about how Eclipso is a very personal villain with no qualms about tapping into his victim’s pain.

“Eclipso is pretty formidable and all about darkness, which is great to go up against somebody who is all about light, like Courtney and the Justice Society,” Johns told SFX Magazine. “There’s these colliding ideologies and powers and drives that really help generate strong emotional stories, that challenge each of our characters individually. They each go through something that is really personal to them. That’s what Eclipso does best. He makes things very personal. He turns over rocks that you might not want him to turn over.”

But even with the series going into dark territory with Eclipso, Bassinger had high praise for both Tarabay and Swift, especially with how Tarabay made his “a little campy, a little cheesy” seeming character and made him very scary.

“It’s so funny because when you’re on the set, it doesn’t feel scary because like with Eclipso, even though he’s in his terrifying prosthetics and during the scene he’s acting evil, but as soon as they say, ‘Cut’, we’re all joking around, going to the crafty table. So just trying to serve the writing justice and stay true to the scripts, I feel, will always keep things on track, but I do want to make a point to say Jonathan Cake who played The Shade, and Nick Tarabay, who plays Eclipso, they did such a good job. Like, when I first saw the design for Eclipso, I was like ‘Oh, that could look a little campy, a little cheesy.’ And then when I saw this final product and him on set walking, I was like ‘Oh, no. This is scary.’ I feel like they brought so much justice to these characters.”