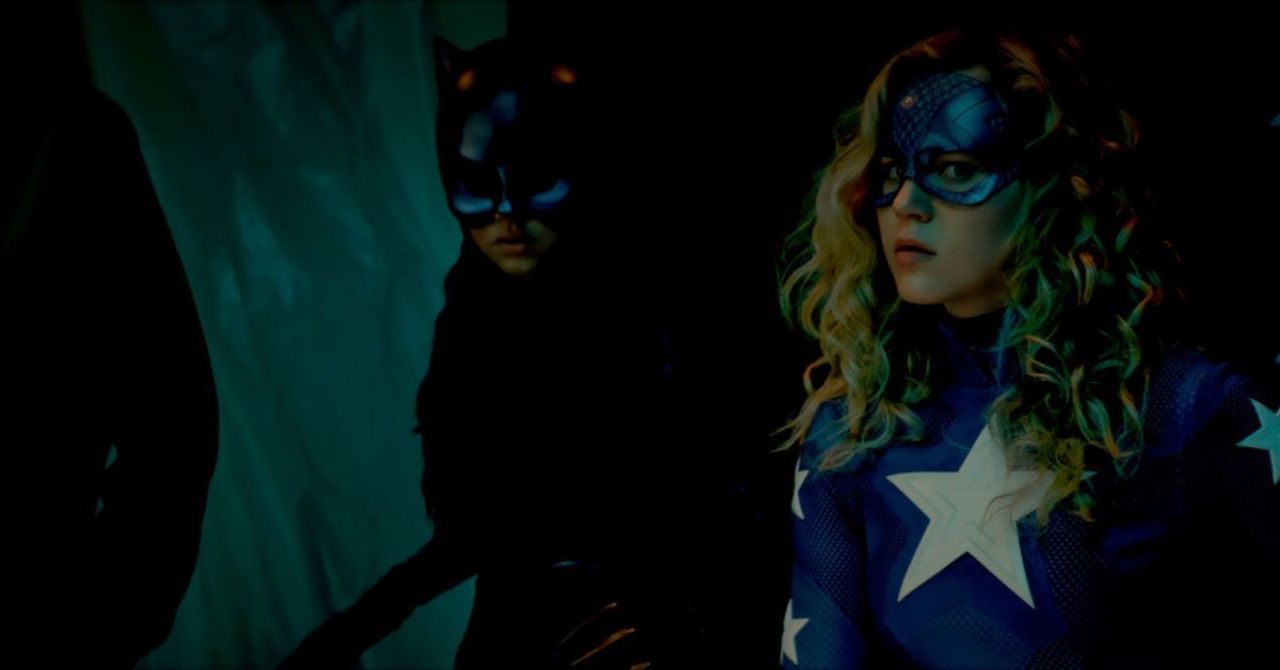 We’re just a few weeks away from the Season 2 premiere of DC’s Stargirl, but The CW is giving fans plenty to get excited about. The network previously released photos for the first and second episodes of the new season and now, we have photos for the third, “Summer School: Chapter 3”. The episode does not yet have an official synopsis, but from the looks of things in the photos, we’ll be getting to see more of Richard Swift/The Shade (Jonathan Cake) who has returned following the defeat of Jordan Mahkent/Icicle (Neil Jackson) and the Injustice Society last season.

The arrival of new villains — the season will also see Eclipso (Nick Tarabay) rise as a threat for Courtney Whitmore/Stargirl (Brec Bassinger) and the young JSA — sets Season 2 up to be a lot darker and scarier, something that Joy Osmanski, who plays ISA member Paula Brooks/Tigress on the series previously told Orlando’s WESH 2.

“Season two, it just gets a lot darker, which is such a fun thing for a show to have an opportunity to do, and I will say that the evil forces at work are genuinely scary, like, my children will not be coming anywhere near season two. It’s scary,” Osmanski said.

You can check out the official description for Season 2 of DC’s Stargirl below and then read on for the photos.

The CW drama series DC’S STARGIRL follows high school sophomore Courtney Whitmore (Brec Bassinger) and her stepfather Pat Dugan (Luke Wilson) as she leads an unlikely group of young heroes to take on the legacy of DC’s very first superhero team, the Justice Society of America. In the thrilling second season, Courtney and her friends take on one of the most frightening adversaries in DC’s mythology – the dark entity of corruption known as Eclipso.

The series focuses on the character that started creator Geoff Johns’ career as a comic book writer when he created her in 1999, lovingly inspired by his late sister who was killed in a 1996 plane crash.

Geoff Johns (“The Flash,” “Titans,” “Batwoman,” “Superman & Lois”) is the showrunner and executive produces DC’S STARGIRL with Greg Berlanti and Sarah Schechter. Based on the characters from DC, DC’S STARGIRL is produced by Berlanti Productions and Mad Ghost Productions in association with Warner Bros. Television.