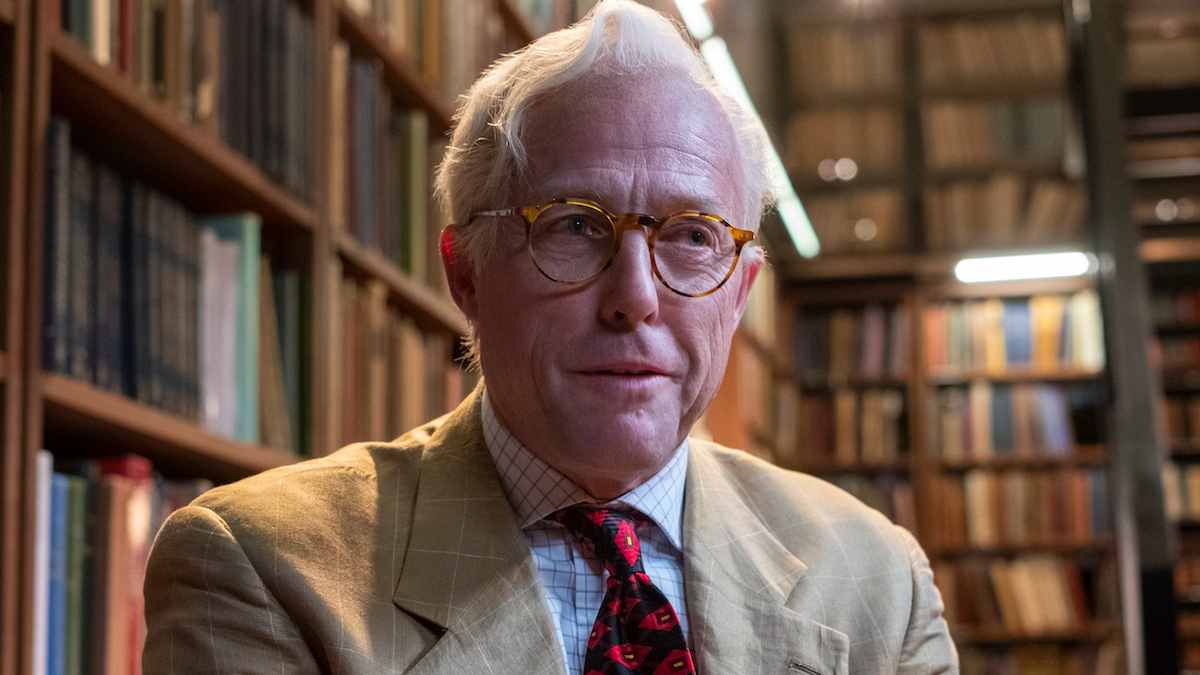 Don’t we all love a recap of the year right before welcoming a new year? While the pre-pandemic yearly recaps were something to look forward to, it indeed has lost its charm from 2020. Simply because who would want to look back at a year spent in lockdowns and curfews? Keeping the people’s frustration in mind, the makers of the popular Netflix documentary Death to 2020 are back with another humorous rundown named Death to 2021. Though the show primarily focused on US events and news, it does at times focus on events significant globally.

The show starts with the introduction of the vaccination campaigns and what they sarcastically called ‘the youthful political firebrand Joe Biden’ entering the White House as the optimistic commencement of the year. Sadly, that did not last long with the invasion of the Capitol by the Republicans. The satirical commentary of the entire Capitol incident is entertaining to watch. How the expressively conservative news channel covered a series of incidents by simply saying, “I am just asking questions,” was a comical touch. The show called the rioters both good and bad citizens, good because of the ample self-evidence provided by the rioters themselves. If you do not remember the degree of insanity of the whole incident, then the show might make you thank the universe for getting over that phase.

Next, the show focuses on the new variants spreading globally, particularly the Delta variant. The need for a widespread vaccination drive became the call of the hour with a side of burgers and donuts to attract the citizens who were not getting vaccinated. While the American government focused on large-scale vaccination, the anti-vax squad started with their protests refusing to take the vaccine as it could alter their DNA. The anti-vax believers were not just anti vaccination but also anti-masking, connecting it with personal choice. Though, the anti-vaccination stance is not just prevalent in the United States but also in several European countries. What they called ‘scientific’ evidence and reason for making such a choice is highlighted in the show, serving the right portion of the satire we can expect.

It is not just the political climate that the show revisits but also the much-talked-about entertaining shows that gained the limelight, particularly Bridgerton. As people were locked in their houses, the only source of relaxation was films and series. Bridgerton provided just the right amount of royalty from the past minus their oppression.

With people of color as the British royalty, the series was a reimagination of the royals. The romance and chemistry were a pleasurable escape from the depressing realities of the world. Along with it, Seaspiracy and the 93rd Academy Awards received a mention for their bleakness. The show manages to include the discussion on climate change and the lack of interest in helping the cause by most world leaders. The year was a mixed bag, and so is the show, at times funny and at times referring to incidents that were simply shameful.

The Review: Watch it Or Skip it?

The various fictional personalities and their comments on the news reports tie the show together. Taking a cue from real-life personalities, the show has a Historian named Tennyson Foss Obe, a social media influencer Duke Goolies, Zero the creator of a social media platform, a news reporter who was apparently present in every crucial moment in recent history Snook Austin, a Republican news presenter Madison Madison, cultural commentator Penn Parker, a scientist Pyrex Flask, the “mother first, American first” Kathy Flowers and Gemma Nerricks as just an average British citizen. The academician Tennyson believes in white supremacy and also men’s rights. He makes a series of “intellectual” comments to prove his beliefs. Clearly, he was not a fan of Bridgeton.

Whereas, the influencer chose to take a homebrewed vaccine instead of the ones sanctioned by WHO, as he did not wish to talk about a brand that did not sponsor his video. Madison Madison, as the Republican journalist, creates a number of comical moments with her opinions and beliefs, such as “Make American germs again” as opposed to the foreign variants entering the States. As the White American mother, Kathy went from one store to another gathering asking people to get rid of their masks as that was bothering her. In contrast, Gemma explores her love interest in times of social distancing.

Hugh Grant as Tennyson Foss is brilliant, along with Joe Keery as the influencer Duke Goolies. The remaining cast, from Lucy Liu to Tracey Ullman, did a great job.

Death to 2021 is an entertaining watch with laughable moments. Though it would be great if the show would have mentioned somewhere that it is the American edition, as the news stories are clearly decided according to an American perspective. It is not relatable globally, with many important stories not included in this rundown.

Death to 2021 is a 2021 Netflix Mockumentary directed by Jack Clough and Josh Ruben.