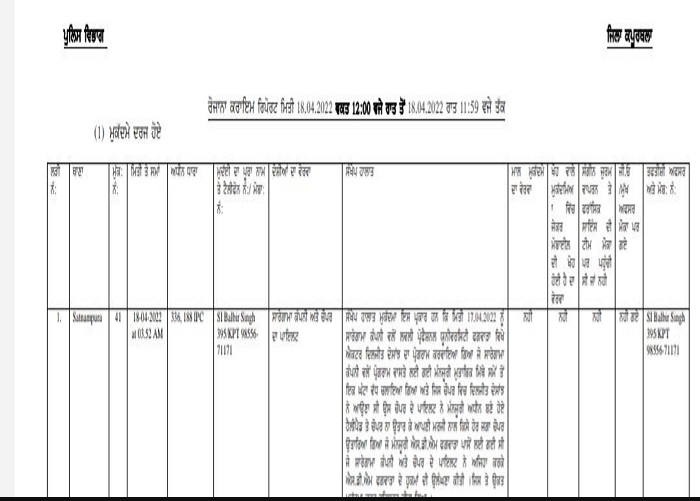 It is to be mentioned that on 17-04-2020, Singer Diljit’s program was organized by Saregama Company at Lovely Professional University, Phagwara, which was run for one hour more than the allotted time as per the approval taken by Saregama Company during the program.

Meanwhile, the pilot of the helicopter in which Diljit Dosanjh was to arrive did not land the helicopter on the approved helipad but landed the chopper at another place of his choice.

The approval of the SDM. It was taken by Phagwara, which was carried out by the Saregama Company and the pilot of the helicopter. In violation of Phagwara’s orders, the police have registered 336,188 IPC cases. An FIR has been registered against him. Has been recorded.