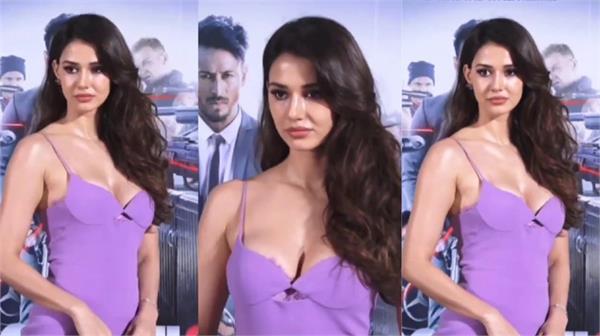 Mumbai (Bureau) – Tiger Shroff is in the news these days for his film ‘HeroPanti 2′ and in the meantime his girlfriend has also made headlines. Recently, a special screening of Tiger’s film was held in which Bollywood stars participated and one of them was Disha Patni. The actress’ video is going viral on social media.

Tiger Shroff’s film ‘Hero Panti 2’ has been released in cinemas. This film is very special for Tiger and his fans as it was through its first part that Tiger entered the industry. Tara Sutaria and Nawazuddin Siddiqui have played important roles in ‘HeroPanti 2’.

During the screening, Disha was seen in a beautiful light purple dress. She looked very beautiful in this dress. In the viral video, you can see that Disha is seen posing in front of the media before the screening. After watching this video, people’s attention went to Disha Patni’s handbag and people have been commenting on Disha Patni’s new video since last night.