‘Doctor Strange’ sets record in India, making it the fourth Hollywood film to do so Mumbai (Bureau) – Marvel Cinematic Universe’s long awaited movie ‘Doctor Strange: In the Multiverse of Madness’ has been released. The Indian audience is excited about this film.

The film has also set a record in terms of earnings on the first day after its release. ‘Doctor Strange’ has become the fourth highest grossing film in India on its first day. The film grossed Rs 27.50 crore on its opening day. 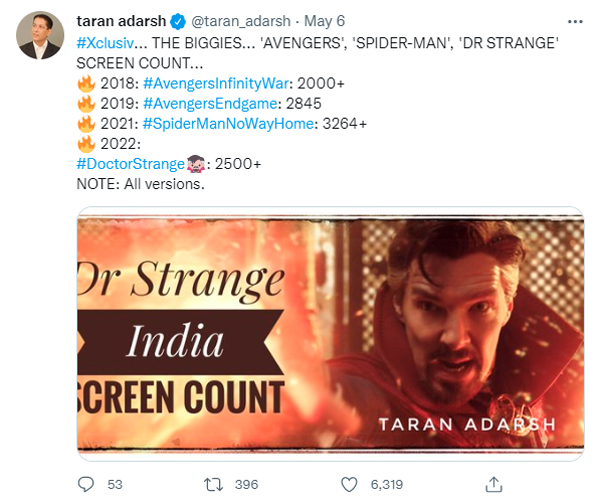 Note: What is your opinion about this film? Be sure to comment.