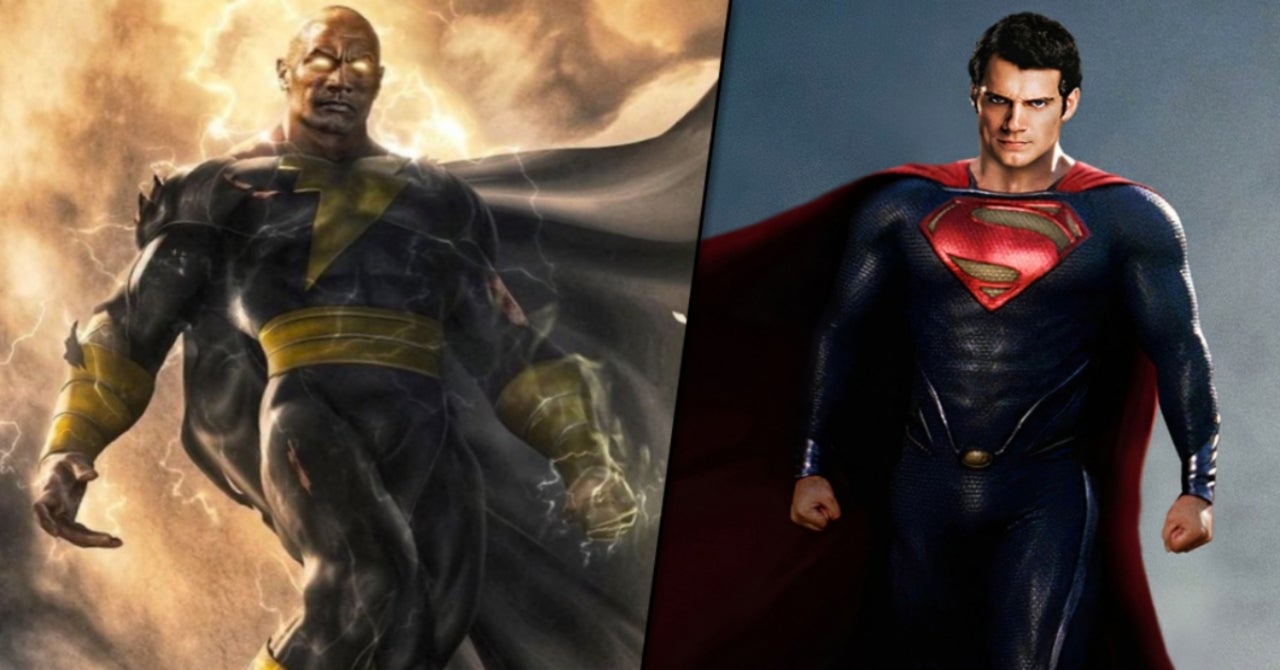 Will Dwayne Johnson throw down with Henry Cavill in a live-action Black Adam vs. Superman showdown? Black Adam producer Hiram Garcia of Seven Bucks Productions knows fans are clamoring for the costumed clash teased by Johnson, who promises the “hierarchy of power” in the DC Extended Universe is about to change. Endowed with the same ancient magic that empowers Shazam (Zachary Levi), the black-suited anti-hero will pose a real threat to the Man of Steel if or when Cavill’s superhero soars back into the DCEU — potentially in a new Superman movie or a Black Adam 2.

“Hard to say, but I know that would be incredible if it ever did happen,” Garcia told Collider when asked about an on-screen bout between Johnson’s Black Adam and Cavill’s Superman. “We certainly know the fans want it! All I can say is that we’re always listening to the fans and doing what we can!”

Cavill, who is represented by Johnson’s producing partner Dany Garcia, hinted at a Black Adam vs. Superman showdown when he told MTV News in 2018: “There is definitely some kind of work towards that. There’s a lot of things spinning around in the universe right now with that.”

“I’m pretty sure it’ll be a Shazam/Black Adam thing first,” continued Cavill, referring to a talked-about crossover between the two franchises produced by Johnson. “If [Black Adam vs. Superman] does happen, it would make sense that way. But you never know, maybe there will be a Superman movie and Shazam will come and help. That’s kind of stealing his limelight, though, which is not cool.”

Johnson appeared to hint a crossover with Cavill’s Superman might be in the works when unveiling a first-look at Black Adam during last year’s virtual DC FanDome event, where Johnson issued a challenge to other Justice Leaguers like Wonder Woman (Gal Gadot).

“I always thought that it might be cool to hang out with Superman. That would be cool,” Johnson said. “I mean, we’re kind of similar in terms of our powers, our strengths, our speeds.”

Johnson added: “At the end of the day, you never know. Black Adam and Superman could become friends. Or they won’t.”

Cavill’s Superman appearances include Man of Steel, Batman v Superman: Dawn of Justice, Justice League, and the recently released director’s cut Zack Snyder’s Justice League. It’s unknown when or where Cavill might next appear in the shared DC Extended Universe.