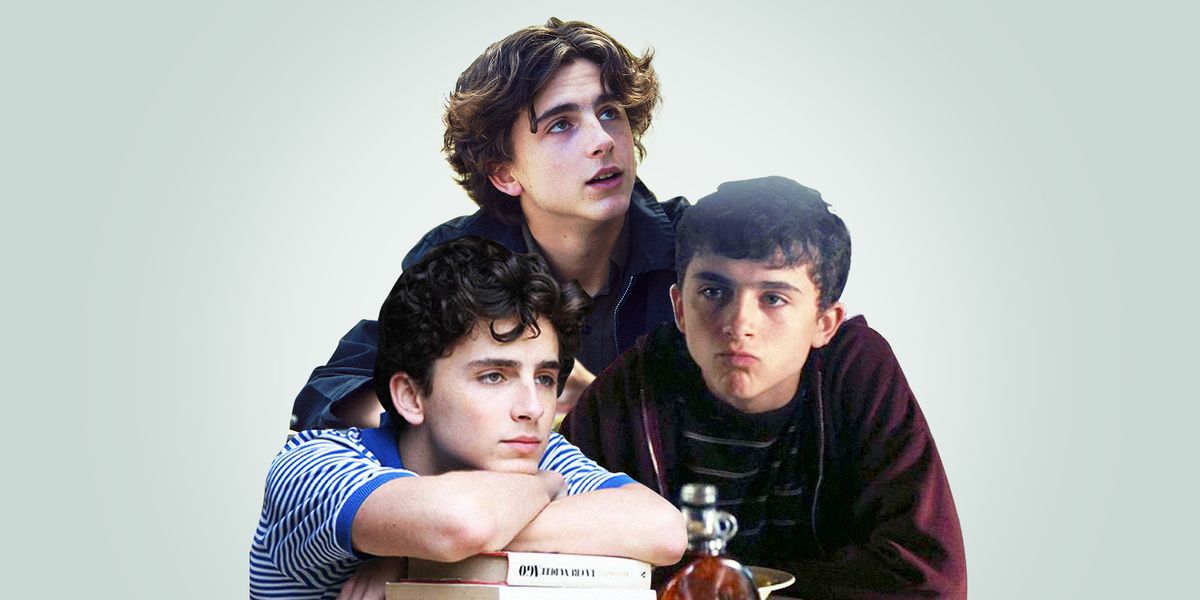 Timothée Chalamet is perhaps best known for being the best thing that’s happened to peaches in pop culture since Roald Dahl’s 1961 novel James and the Giant Peach. Maybe that’s not the thing he’s best known for, but at 25 years old, he’s made a massive impact on the Hollywood landscape (and conversations about stone fruit). The New York-born star is an undeniable leading man for a new generation, a style icon, and decidedly not a rapper.

His sharp rise to fame over the past few years has put him front and center, though he had a few roles in big films (like 2014 hit Interstellar) before his big break in both Luca Guadagnino’s Call Me By Your Name and Greta Gerwig’s Lady Bird (arguably, the best year for coming-of-age films in Oscar moden history). Since, he’s worked with the biggest names in the business—from Wes Anderson in the forthcoming The French Dispatch to Greta Gerwig and the titular little women of Little Women—and is only getting busier.

With the recent news of his casting as Wonka in (yes, another) Willy Wonka remake, here are Chalamet’s performances ranked from worst to best. In a different world, we would also be able to include in this list Dune and The French Dispatch, films which have been completed for over a year, but alas, the pandemic. We’ll come back and update as things change.

Wes, if you’re reading this, you can release the movie now.

Originally shelved by it’s U.S. distributor Amazon Studios after Dylan Farrow’s allegations against Woody Allen resurfaced in 2019, A Rainy Day in New York is a classic Allen film in that it follows a young girl enthralled and entranced by an older man. It falls to the bottom of the list for obvious reasons, but also because the standard cliches of Allen films simply aren’t inventive. Even a stellar cast including Elle Fanning, Selena Gomez, Liev Schreiber, Jude Law, and of course, Timothée Chalamet, cannot revive this tired, pretentious film.

Hot Summer Nights is a coming-of-age drama, except this time there’s crime, drugs, and murder. The stylized 2018 A24 film with a limited theatrical release sees Chalamet as a young teenager sent to Cape Cod to live with his aunt for the summer, where he gets caught up selling weed. Things take a dark and deadly turn, though, Spring Breakers-style, and Chalamet’s performance as the awkward kid-turned-drug lord is a fine one in a film without much purposeful direction.

The King is a 2019 Netflix film starring a variety of Timothée Chalamet haircuts. He plays Prince Hal, who ascends to the throne as King Henry V in the epic war film adapted loosely from Shakespeare’s Henriad. Chalamet delivers an expertly balanced performance of youth and maturity in the role of Henry V as he reluctantly grapples with his Kingly fate, politics, and newfound power. It’s essentially another coming-of-age story (sensing a theme here) just with a grandiose, bloody, Medieval change of scenery.

Starring opposite Steve Carrell in this 2018 father-son biographical drama based on two memoirs, Chalamet showcases his serious acting chops. In Beautiful Boy, he portrays Nic, a writer’s son who becomes addicted to methamphetamines, recovering and relapsing countless times over the years. Chalamet offers a performance that is gut-wrenching and moving, despite criticism of the film being a privileged look at addiction.

There are no small roles, only small actors, as they say. In 2014 blockbuster Interstellar, a 19-year-old Chalamet plays Young Tom, the counterpart to Casey Affleck’s (Old) Tom. A minor character, he holds his own in a cast of greats, acting alongside Matthew McConaughey, Anne Hathaway, Jessica Chastain, John Lithgow, Ellen Burstyn, and Michael Caine, to name a few. Not a bad first movie role to land.

In his first role opposite Saoirse Ronan, Chalamet portrays a boyfriend of the titular Lady Bird in Greta Gerwig’s 2017 solo directorial debut. His character Kyle is a high school boy in a band who corrects Lady Bird’s pronunciation of said band’s name in their first ever interaction and also says “hella”—so, insufferable—which Chalamet does with comedic skill, effortlessly and naturally.

Timothée Chalamet, who clocks in at 5’10 and approximately 96 pounds (give or take), is a little man (sorry to men on dating apps everywhere), which is fitting for his role in Greta Gerwig’s 2019 Little Women. He plays Laurie, a neighbor of the March family who falls in love with Saoirse Ronan’s Jo, and then later settles for Florence Pugh’s Amy when Jo rejects him. He delivers a charming, stand-out performance in a delightful ensemble film, and proves, once again, that he can have chemistry with anything that breathes. (That is not to say that either Ronan or Pugh is hard to create chemistry with, just that I believe he could convincingly flirt with a rock if need be.)

You’ll have to suspend disbelief about his scene partner, but Chalamet’s emotional performance in coming-of-age film Call Me By Your Name is deeply moving. He plays Elio, a young man who discovers his identity and sexuality when he meets Oliver, a university student who comes to help his professor father in Italy for the summer. His raw performance conveys both the rush of first love and the unparalleled, earth-shattering pain of teenage heartbreak, and earned him a well-deserved Oscar nomination for Best Actor which, at 22 years old, made him the third-youngest ever nominee for the award.