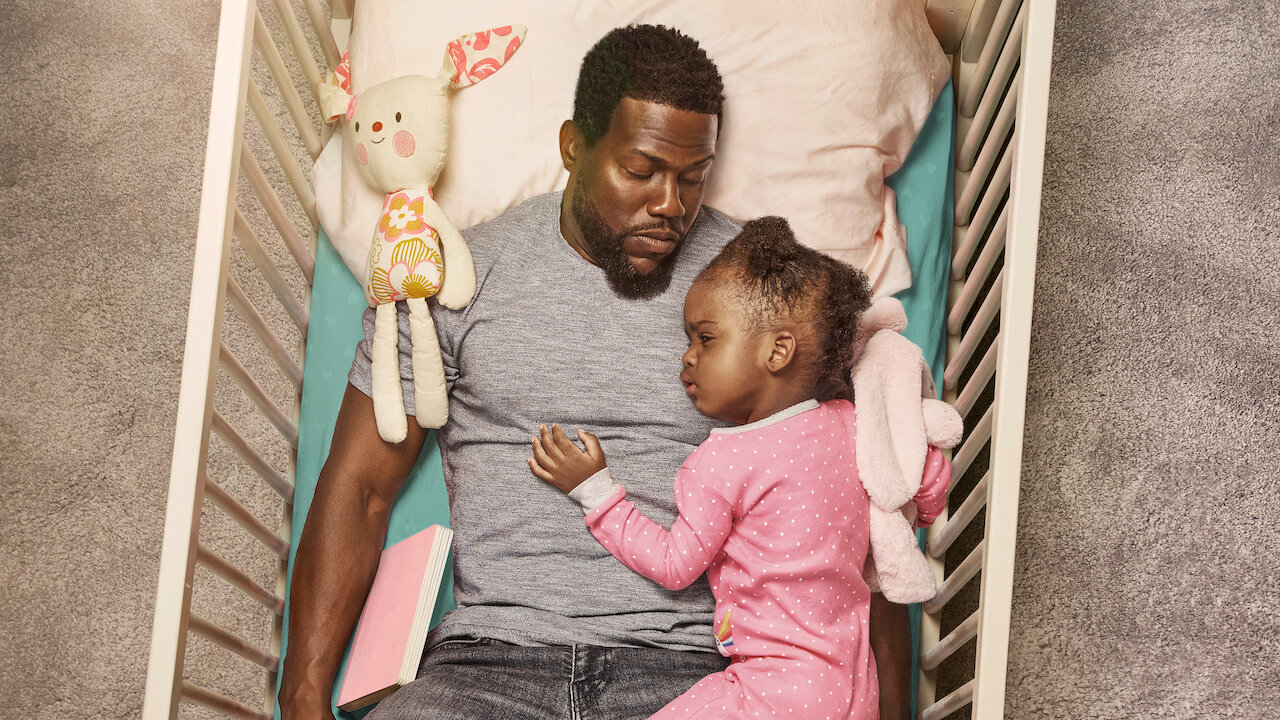 ‘Fatherhood’ tells the heartwarming tale of Matt, who unexpectedly becomes a single parent to a newborn daughter after the sudden death of his wife. Determined to do what’s best for his daughter, Matt embarks on an emotional journey that tests his resolve and has him questioning his abilities as a father. The comedic friends, a concerned mother-in-law, and a potential love interest make for an interesting story about an extraordinary time in the lives of Matt and his daughter. Let’s take a closer look at their journey together and where we leave them at the end of ‘Fatherhood.’ SPOILERS AHEAD.

‘Fatherhood’ opens on a somber note at Matt’s wife Liz’s funeral, where the inconsolable widower is unable to find words to express his emotions. We then see Matt and Liz together in a flashback as young, expectant parents. Liz gives birth to Maddy but soon dies of a pulmonary embolism, leaving Matt, and her parents, shattered. Back on the day of Liz’s funeral, the guests all agree in hushed tones how Matt will never be able to raise Maddy on his own. The grieving father, however, is adamant about raising his daughter in Boston by himself and refuses to let his in-laws take her with them to their hometown in Minnesota.

Left with his well-meaning but clueless friends Oscar and Jordan, Matt learns by trial and error the intricacies of raising a baby, leading to many frustrating days and sleepless nights. He manages to hold onto his job and even impress clients who are empathetic to his raising Maddy alone. As Matt begins to get the hang of things, the film skips forward to Maddy, now a 5-year-old, getting ready to go to school. She prefers to wear pants instead of a skirt, despite the school’s strict dress code, something that Matt encourages. Soon, he meets Lizzie, a.k.a. Swan, at a park, and the two are instantly drawn to each other.

Fatherhood Ending: What Does Matt Realize at the Airport?

Matt struggles with explaining his relationship with Swan to Maddy, but the two get along, and Matt begins to spend more time with his new girlfriend, sometimes disappointing his daughter. When Maddy gets injured at school and is taken to the same hospital that her mother died in, Matt’s world comes crashing down as he feels guilty for not being there to protect her. In his guilt, he pushes Swan away and takes Maddy to live with her grandparents.

Upon returning to Boston after leaving Maddy with his in-laws, Matt prepares to go on a work trip. At the airport, he sees all the times with his daughter flashing before him and realizes he would rather be around her than anywhere else. Maddy is overjoyed to see her father back so soon, and the two return to their home in Boston. Matt apologizes to Swan, and with Maddy’s approval, the three head out to get ice cream. In a scene during the credits, we see Maddy’s school finally change their dress code policy, allowing her to wear pants at school in exchange for Matt putting on a skirt, which he does.

And so closes the heartwarming tale of ‘Fatherhood,’ despite Matt and Maddy’s journey being far from over. The moment where Matt decides to skip his work flight that would have him living abroad, away from his daughter, for weeks on end, is a crucial juncture in their relationship. At the airport, he first notices a mother distracting her baby with a toy duck, and then a much older girl talking to her father on the phone, crying. As his mind races through all his memories with his daughter, Matt realizes that the time that they spend together is the most important thing.

It is important to note that Matt leaving his daughter with her grandparents and going on an extended work trip is based on what he thinks is best for his daughter more than his professional ambition. This is also seen when, upon being told he is being promoted, Matt looks uneasy at the thought of having to spend more time away from Maddy until he is reminded that the raise in salary would help him send her to the college of her choice. Hence, it’s not that his priorities suddenly shift at the airport. It is more a realization that he cannot miss out on his daughter’s childhood by only thinking about what is best for her future.

Matt’s realization touches upon the central theme of the movie and also his biggest conflict, which is whether what he is doing is best for Maddy or not. Matt constantly doubts his actions for this very reason and blames himself when his daughter gets hurt because he thinks he put his interests before hers. At the airport, he realizes that the best thing that he can do is what he has already been doing, which is to stay close to her in her childhood. The feeling is perhaps best captured by what father and daughter say to each other upon being reunited near the end of the film — “Wherever you are, I wanna go there.”

What Does Swan’s Ice Cream Discussion with Maddy Signify?

Swan’s “serious” conversation with Maddy before she agrees to get back together with Matt involves a secret discussion between the two about their favorite flavors of ice cream. Soon after, they agree to go and get some, and Swan asks Matt off-handedly whether he would like to tag along as the “third wheel.” This simple gesture at the end of the film shows Matt finally beginning to let someone else into his and his daughter’s lives.

The fact that Swan and Maddy talk alone essentially removes the barrier that Matt makes between people and his daughter because of him feeling protective. His breakup with Swan is caused by him trying to shield Maddy because he thinks she is not ready to accept the relationship. What we see in the end is that Swan forms her own relationship with Maddy, with their own dynamic and secrets, making the three of them connected to each other rather than Matt being the one having to bridge the gap between Maddy and Swan.

Why Does Nobody Believe That Matt can Raise Maddy Alone?

Right from the start, no one expects Matt to be able to raise Maddy alone. His mother, in-laws, and friends all agree unconditionally on the matter and are later shown to be suitably impressed by Matt when he successfully takes care of his daughter. There are multiple reasons for their lack of faith in him, the first of which is that the Matt we see before the death of his wife is shown to be quite irresponsible and slightly clueless. He is also seen as immature as his mother ties his shoelaces whilst he sulks in bed and then sullenly kicks off his shoe once she leaves the room.

The challenges of raising a child are explored in the movie, with various characters recalling their times as new parents. It seemingly goes against the opinion that a working single man in the city who is a first-time parent would be able to raise a child. Matt himself has grave doubts about his abilities as a parent. However, against all odds and reigning opinion, Matt does an admirable job with raising his daughter that leaves even his bitter mother-in-law impressed.