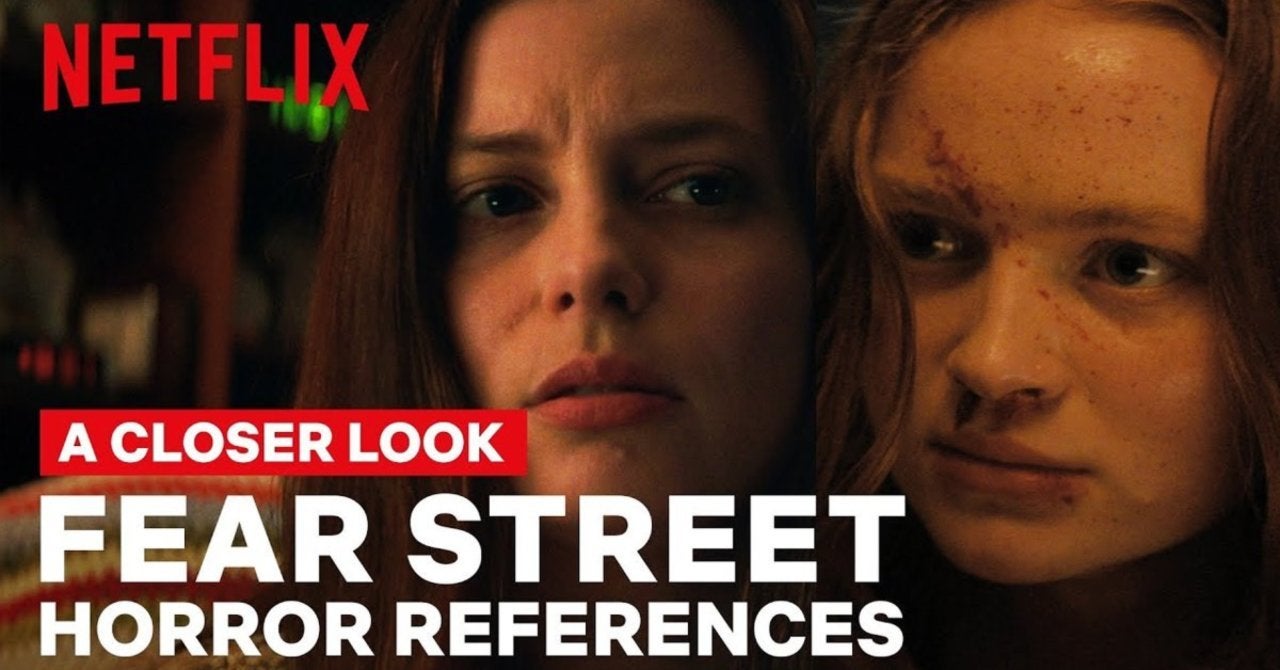 Decades after the book series first debuted, Netflix finally delivered audiences a trilogy of Fear Street films starting earlier this month, which found ways to pay respects not only to the sprawling book franchise from author R.L. Stine, but also managed to sneak in some homages and Easter eggs to films that were popular at the time the stories took place. Of course, with Fear Street Part 3: 1666 unfolding in the 17th century, there weren’t horror films at the time to pay homage to, though Fear Street Part 1: 1994 and Fear Street Part 2: 1978 were jam-packed with clever tributes to genre favorites. Netflix has released the above video that breaks down all of the many nods and references to beloved horror properties. All three Fear Street films are now streaming on Netflix.

Netflix describes the video, “The trilogy of films for Fear Street — 1994, 1978, and 1666 — are all on Netflix, which means it’s time to take a spoiler-filled closer look at the Fear Street Trilogy horror movie references. From Friday the 13th to Scream, Night of the Living Dead to Poltergeist, the Leigh Janiak-directed Fear Street Netflix movies are a love letter to the horror classics that came before.”

With many horror movies that include Easter eggs to other iconic properties, they can sometimes subtly offer references that only the most devout genre fans will pick up on, but Janiak made it clear from the start that she would overtly embrace elements of relevant films, all while crafting a compelling and original narrative.

“As a filmmaker making Fear Street, but also just as a movie lover, I was so excited to pay homage to some of the great eras of horror movies,” Janiak shared in a statement. “For 1994, Scream stood above all rest — it’s peak ’90s horror and, I think, one of the most brilliant movies ever made, period. Then for 1978, I got to look at the heyday of slasher films — Friday the 13th, Halloween, Nightmare on Elm Street. For 1666…I found the best inspiration for me lay in the beautiful world made rotten of Terence Malick’s The New World.”

Netflix describes the films as follows:

All three Fear Street movies are out now on Netflix.

Did you catch all of these Easter eggs? Let us know in the comments below or contact Patrick Cavanaugh directly on Twitter to talk all things Star Wars and horror!