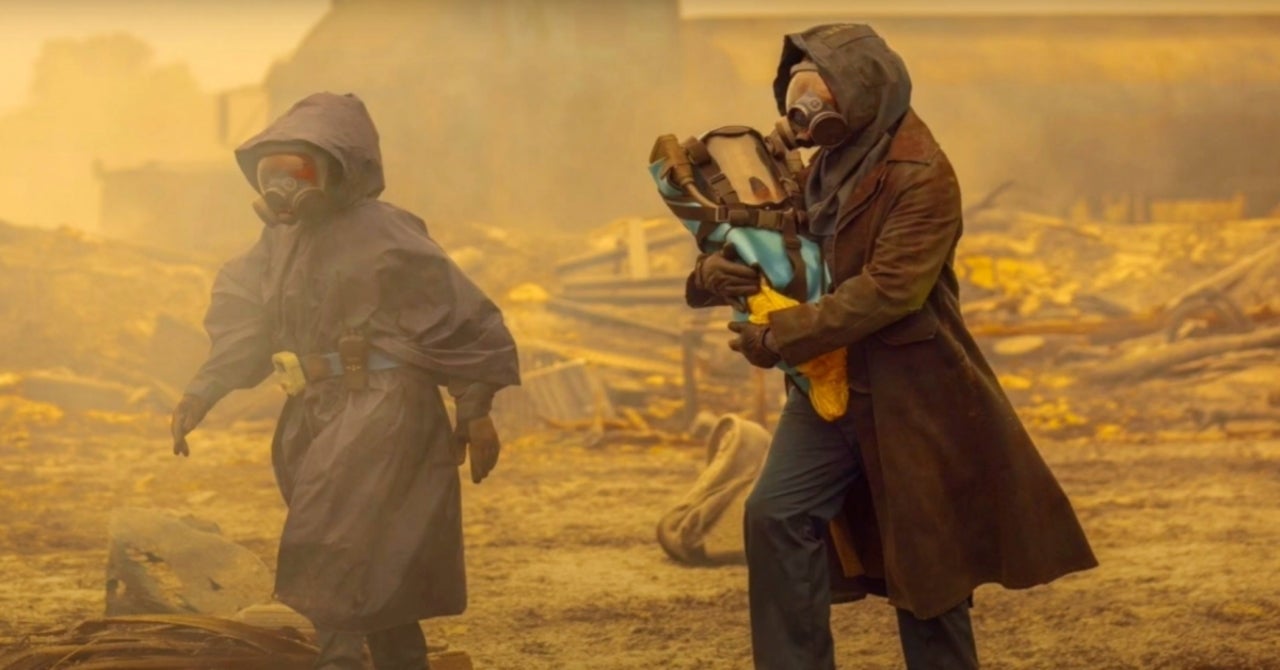 The world of The Walking Dead is “all fire, ash, devastation” in the first teaser trailer for Season 7 of Fear the Walking Dead. Season 6 of the spin-off ended with serial killer and underground cult leader Teddy Maddox (John Glover) ushering in this hellish new reality when he detonated 10 nuclear warheads over Texas, turning the Lone Star State into ground zero of the nuclear zombie apocalypse. In the new season, premiering October 17 on AMC, Victor Strand (Colman Domingo) is still standing as the self-declared ruler of the rubble: for some survivors, the end is just the beginning.

“We thought it was the end, but when the dust settled, we were still standing,” Strand asserts in the new teaser below, aired Sunday during the Season 11 premiere of The Walking Dead. “Now it’s my turn.”

AMC Networks premiered the first Fear Season 7 footage during virtual San Diego Comic-Con in July, revealing a look at the immediate fallout of the Season 6 finale with Morgan (Lennie James) and Grace (Karen David) surviving from inside a beached nuclear submarine. Another extended sneak peek from the new season shows the Dories, June (Jenna Elfman) and her newfound father-in-law John Dorie Sr. (Keith Carradine), hunkering down inside the horror bunker prepared by the now late Teddy.

“The End Is the Beginning” hinted at a more villainous turn for Victor when he returns in Season 7, where the cunning conman emerges from the ashes as the “ultimate version” of himself.

“This new version of Strand that we’re seeing, that he’s on a precipice of at the end of Season 6, is someone who is going to double down with his own ideology,” Domingo said on a post-Season 6 finale episode of Talking Dead. “There was a reason why he sent Alicia away from him. He said, ‘I want to remember the best parts of me.’ I just don’t know, to be honest, as we go into Season 7, will he want to see that part, knowing that he’s got to be this other person? I think that’s going to be a conflict because as we know, they’re close as can be, they’re like family.”

Alicia Clark (Alycia Debnam-Carey) will lead her own faction of survivors after being locked away in a fallout shelter by Teddy, adding to the “complication” of Victor as would-be king in Season 7.

“But I think that he possibly needs to suppress certain things in his heart and in his mind in order to be this other, fully-realized version of Victor Strand,” added Domingo. “I think that’s going to be a part of the complication going into Season 7 with this new version [of Strand].”

Fear the Walking Dead returns October 17 on AMC. Follow the author @CameronBonomolo on Twitter for all things TWD.