Final Space Season 4: Everything We Know 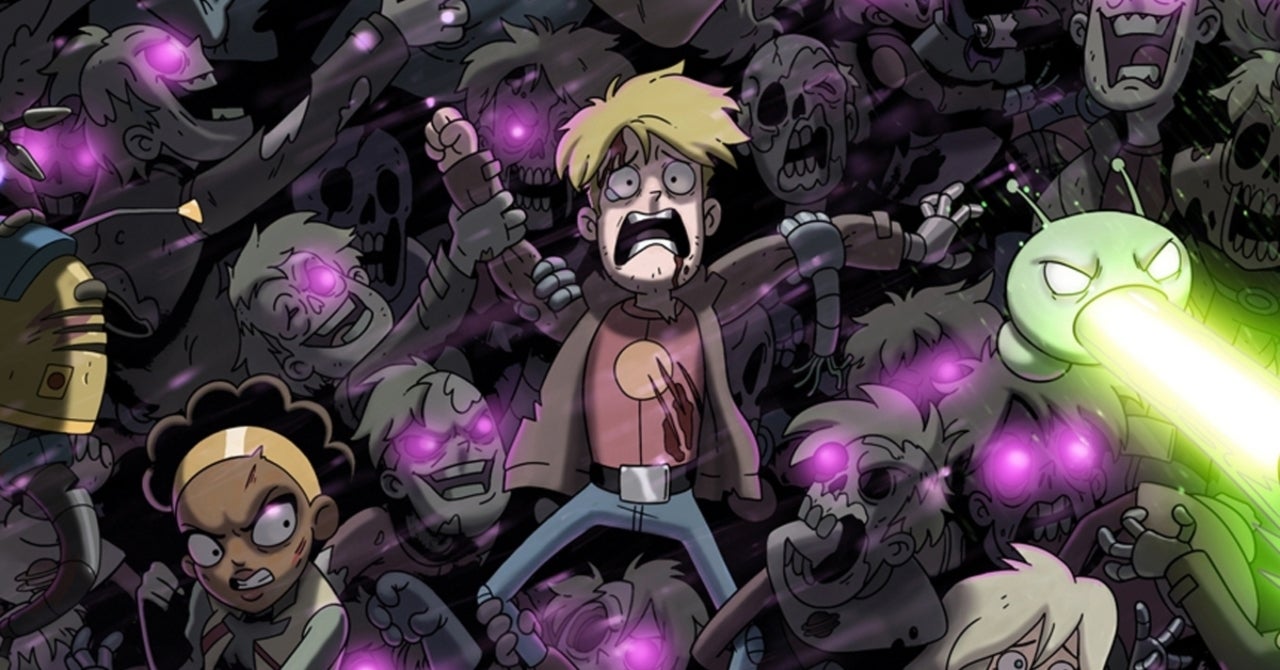 ‘Final Space’ is an adult animated series that revolves around an astronaut called Gary Goodspeed and his powerful alien friend, Mooncake. Together, they begin a journey to understand what “Final Space” really is and save the universe. They are accompanied by their crew and an artificial intelligence named HUE. Created by Olan Rogers and David Sacks, the comedy series first released on February 26, 2018, on TBS. The series then moved to Adult Swim in June 2019 and has been airing on the programming block of Cartoon Network ever since.

Although the show got a mixed response from the critics, it has received much love from the viewers. Some felt that the comedy fell flat and the protagonist Gary was not interesting enough to carry the show forward, but the series was still praised for its setting and visuals. Even though the space drama comes across as a goofy and silly intergalactic adventure, some people noted that the series aims to be more than just that. On the whole, it has garnered appreciation for its animation, voice acting, unique characters, and action sequences. As the third season comes to an end, the fans are looking forward to hearing the news about a potential season 4. So, here is all that we know.

With regard to the fourth season, here is what we have for you. As of now, there is no official confirmation regarding whether or not the series will be renewed. However, in 2018, Olan Rogers claimed that he is prepared to run the animated show for at least six seasons and has even thought of how the show will end. Since the show is aired on multiple platforms, it enjoys a solid fan following. Netflix is responsible for the international distribution and the first two seasons also released on HBO Max in March 2021. So, we know that there could be more to the adventures of Gary, Mooncake, and their buddies.

A new season is typically announced in the same month the most recent season ends its run. For example, the second season was ordered in May 2018, the day season 1 aired its final episode, and the third season was renewed in September 2019, almost a week after season 2 concluded. While season 2 landed almost a year after the season 1 finale, season 3 saw some delays probably due to COVID-19. The fans had to wait for about 18 months for the third installment. However, we believe that producing a new season would not take as long this time around, given that production teams have figured out a way to work remotely. Therefore, if the show is greenlit soon, we can expect ‘Final Space’ season 4 to release sometime in Summer 2022.

Final Space Season 4 Voice Cast: Who can be in it?

Other voice actors in the series are Tika Sumpter (Quinn Ergon/Nightfall/Harp Graven/Melanie Dewinter), Steven Yeun (Little Cato/Infinity Guard Captain/Death Cookies/Mr. Graven), Vanessa Marshall (Invictus), and Ron Perlman (John Goodspeed/Burner Tribe Leader). So, most of them are likely to return if there is a season 4. There is also a possibility of hearing some fresh voices, even though the talented voice cast voices several characters.

Final Space Season 4 Plot: What can it be About?

In the third season, Gary and his squad enter the Final Space to save Quinn, only to realize that they have been trapped inside. Mooncake and Little Cato also face danger from Invictus and Lord Commander. As the whole team’s life hangs in the balance, they must find a way to survive. If there is a season 4, we will see what the future holds for Team Squad, especially now that they have experienced the Final Space and know a little more about it. On the other hand, they might seek revenge from Invictus and Lord Commander after what they have gone through because of them. Either way, we know that Team Squad will never be the same.