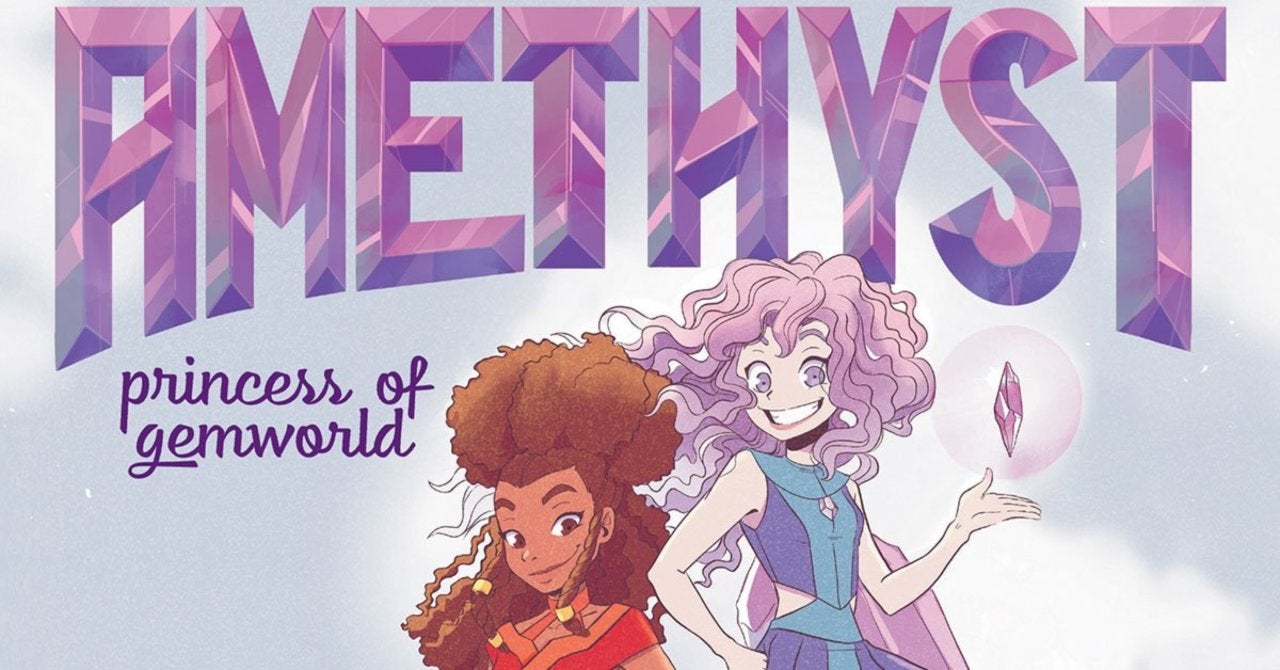 DC’s middle-grade line of graphic novels is one of the gems of DC’s lineup and now a new graphic novel is heading back to Gemworld in the upcoming Amethyst: Princess of Gemworld. Authors Shannon and Dean Hale return to DC for this reimagining of the young hero’s story for a new generation. The Hales previously penned another, beloved DC middle-grade graphic novel, Diana, Princess of the Amazons. Amethyst: Princess of Gemworld is illustrated and colored by Asiah Fulmore, with the beautiful art bringing this new, magical adventure for Princess Amaya to life.

In the story, Princess Amaya’s magical prank goes awry prompting her parents to ground her and send her to earth to spend some time there and gain a bit of perspective. However, her one-week punishment ends up lasting for three years during which Amy, as she’s now called, has settled into life there. When she’s returned to Gemworld, she has to readjust to the life she left behind as well as her magical destiny.

This new graphic novel is a fresh reimagining of the character, Amethyst, who was first created by Dan Mishkin, Gary Cohn, and Ernie Ernie Colón in 1983. In her original story, Amy Winston discovers that she’s actually Princess Amethyst of a magical dimension, Gemworld, sent to Earth for safety after the death of her parents. The character underwent a number of changes over the years and most recently, Amethyst appeared in a six-issue 2020 series under the Wonder Comics banner, Amethyst by writer-artist Amy Reeder.

Amethyst: Princess of Gemworld is set to hit shelves on Tuesday, November 9. You can check out the official description of the book below and then read on for an exclusive first look!

Amaya, princess of House Amethyst in Gemworld, is something of a troublemaker. She and her brother have great fun together until a magical prank goes much too far and her parents ground her…to Earth! They hope a whole week in the mundane world will teach her that magic is a privilege…and maybe washing dishes by hand will help her realize the palace servants should be respected. Three years later, Amy has settled into middle school and ordinary life. She doesn’t remember any other home. So when a prince of the realm brings her home and restores her magical destiny, how will she cope? Amethyst: Princess of Gemworld introduces a new generation to a fantastical place and a truly fantastic princess.

Amethyst: Princess of Gemworld is set to go on sale on November 9, 2021.

Are you excited for the new Amethyst: Princess of Gemworld original graphic novel? Let us know your thoughts in the comment section!