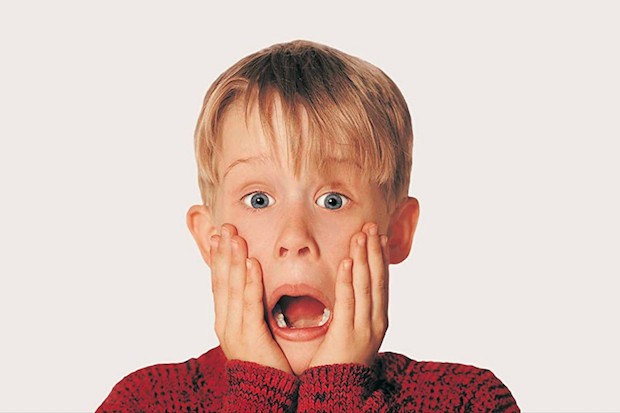 With the Christmas holidays upon us, plenty of parents will be looking to keep the kids entertained with the help of festive films.

Well, RadioTimes.com has you well and truly covered.

We asked the stars of TV and film to name their top picks when it comes to Christmas movies for children and the whole family.

From Home Alone to Elf, Scrooge to National Lampoon’s Christmas Vacation, read on for the stars’ recommendations for the best family Christmas films.

“There are so many brilliant, brilliant Christmas films, aren’t there? We love watching Christmas movies at Christmas. I don’t think we’re alone in that.

“Our favourite is National Lampoon’s Christmas Vacation – a criminally underrated film which you can watch year after year after year. I have done some Christmases where we have watched that film at least half a dozen times during the same Christmas season. It’s extraordinary, it’s absolutely brilliant.

“If anybody reading this is not sure which film I’m talking about, it’s the one where Chevy Chase has his entire house covered in Christmas lights. Basically, spends pretty much the whole film trying to get the lights on the house working. He pretty much derails the entire Northwestern electricity grid.”

“I suppose Christmas Carol is often in my mind. I did the show at the Arts Theatre for about five years, my own one-man version of it, and then we made a film of it that’s on the BBC at the moment and also on Amazon, which was quite a bold thing to do. But we felt very much that the story had to be deeply connected to Dickens’ own feelings about Christmas, which were that it was a great and important symbol of kindness and generosity. So I always connect to Christmas Carol because it’s just the miraculous performance.

“You can take Scrooge anywhere around the globe because of the spirit. I always go back to that. And then I have a particular soft spot for a film which is really another version of Christmas Carol, which is It’s A Wonderful Life, with James Stewart. It’s an absolutely wonderful film.”

“I like the old Alistair Sim Christmas Carol, Scrooge, the old black and white one. That’s one of my favourites. And I also like A Christmas Story, with Peter Billingsley the little blonde kid, you know, the tongue stuck on the frozen pole. That’s a real fun one as well.”

Torvill: “Everyone says Elf, don’t they?”

Dean: “That’s why it’s the favourite.”

Torvill: “What’s the old-fashioned one?”

“My favourite is Home Alone. I just feel like it’s classic you cannot go wrong. Also just like any animated film, anything animated. I feel like it’s not just the kids; I feel like everyone sits down and watches cartoons at Christmas, right? Home Alone is a classic for me, so I’d probably say Home Alone – specifically, one and two. I know there’s like 100 of them now but I’m just gonna stay with one and two.”

Chatting to RadioTimes.com and Radio Times, the Doctor herself, Jodie Whittaker, also revealed her favourite film to curl up in front of at Christmas.

While not specifically a Christmas film, Whittaker said: “To me, Christmas is ET. Just watching ET and snuggling on the couch, and it being the laziest and best of days.”

If you’re looking for something else to watch, check out our TV Guide. Visit our Movies hub for all the latest news.