Hema Malini recalls her biggest regret with Lata Mangeshkar: ‘She opted out of Meera’ 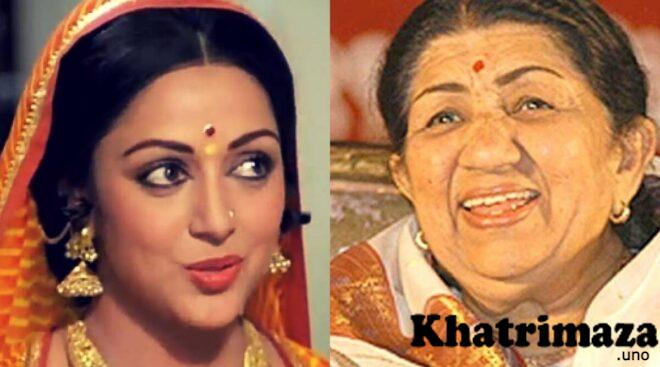 Behind singer Lata Mangeshkar used to be the direct within the help of loads of feminine actors throughout decades but aged actor Hema Malini believes it used to be her “privilege” that Lata Didi sang a number of of her ultimate hits, alongside with the cherished Naam Gum Jaayega from the film Kinara. However despite having some astronomical hits with the ‘Nightingale of India’, Hema has one astronomical feel sorry about regarding her whisk with Lata Mangeshkar.

In a recent interview, Hema recalled that when she performed Meerabai on computer screen, she had crucial Lata Mangeshkar to be her direct, however the aged singer refused. Hema recalled that taking half in Meera used to be a dream function for her and this dream came elegant within the 1979n film. “It used to be producer Premji, who made many hits with me and Dharamji, to whom I suggested a film on Meerabai,” shared Hema with rediff.com. Hema shared that she used to be the one who brought Gulzar on board as a director and suggested that Lata Mangeshkar say the bhajans.

“However when Lataji refused to say the Meera bhajans, the challenge used to be ruined. Lataji had been my direct throughout my profession. Now when I was doing my most cherished function, she opted out,” she said. The Baghban actor said that she individually requested the Bharat Ratna awardee to say but she “civilly refused.” “I individually requested Lataji to say, nahi to Meerabai ki awaaz nahin hogi (or Meerabai is no longer going to catch a direct). She civilly refused, announcing she had vowed now to no longer say Meera bhajans after having sung them for her brother Hridaynath Mangeshkar,” Hema recalled.

The film’s tune used to be soundless by Pandit Ravi Shankar and the vocals were given by Vani Jairam. “Vani Jairam is a comely singer, but her direct didn’t swimsuit me. This might perchance perchance moreover simply remain my one feel sorry about that Lataji didn’t say for me in Meera,” shared Hema Malini.