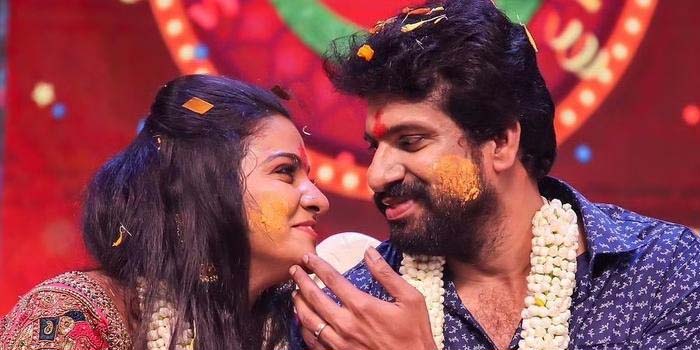 Actress Chitra, who made her debut as a video jockey, has starred in a number of iconic series and has become a fan favorite. Chitra’s role as Mulla in the Pandian Stores series aired on Vijay TV also impressed many.

And also starred in a film on the silver screen for the first time. Chitra fell in love with Hemnath. Arrangements for the wedding soon began as the two were engaged.

News of Chitra’s sudden suicide at a private hotel has worried her fans. In this case, the cause of this is being investigated from many quarters. But Chitra’s parents had blamed Hemnath for this.

But Homnath has been released on bail from the case. Nearly two years later, Hemnath filed a sensational complaint. He has said that there is a political background in Chitra’s murder case. They are currently intimidating me.

Thus my life is in danger. In this case I have to be alive to prove my innocence. He complained to the police to give me protection for that. The question now arises as to why Hemnath did not say these things even when he was charged.

And the question of who actually caused Chitra’s suicide has now arisen among the fans. Chitra is said to be very brave and there is some big background to his suicide. And fans are urging that this fact be brought to light very soon.